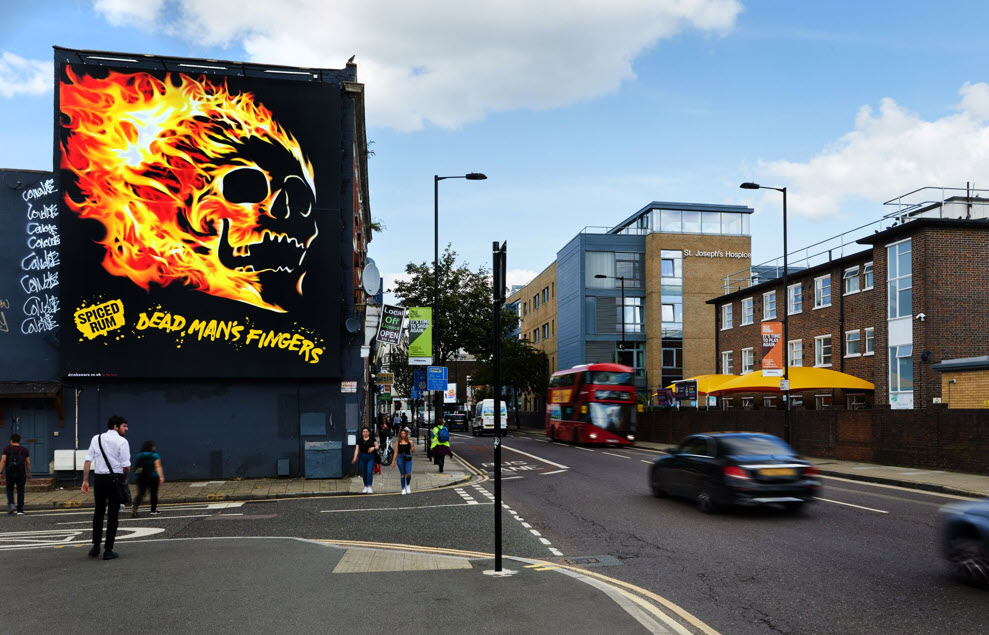 OOH Best Creative Last Week Today
25 Top #OOH Creative Executions
Which Came To Our Attention Last Week
Creative You Can Use
Send your #OOHCreative for next week’s post:
BillBoard@OOHTODAY.com

Wow Media has added Randy’s Donuts to their outdoor inventory in LA
The 32-foot round original donut, has sat atop Randy’s Donuts since 1952. Ghostbusters 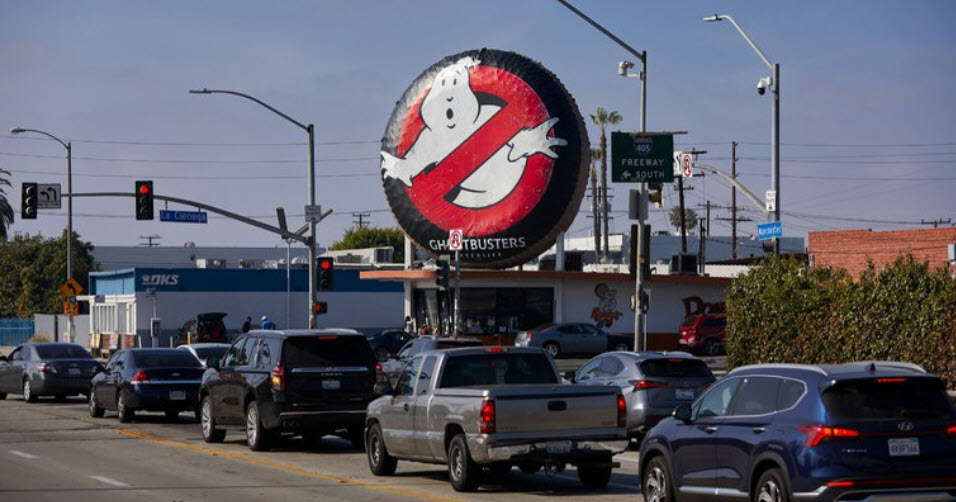 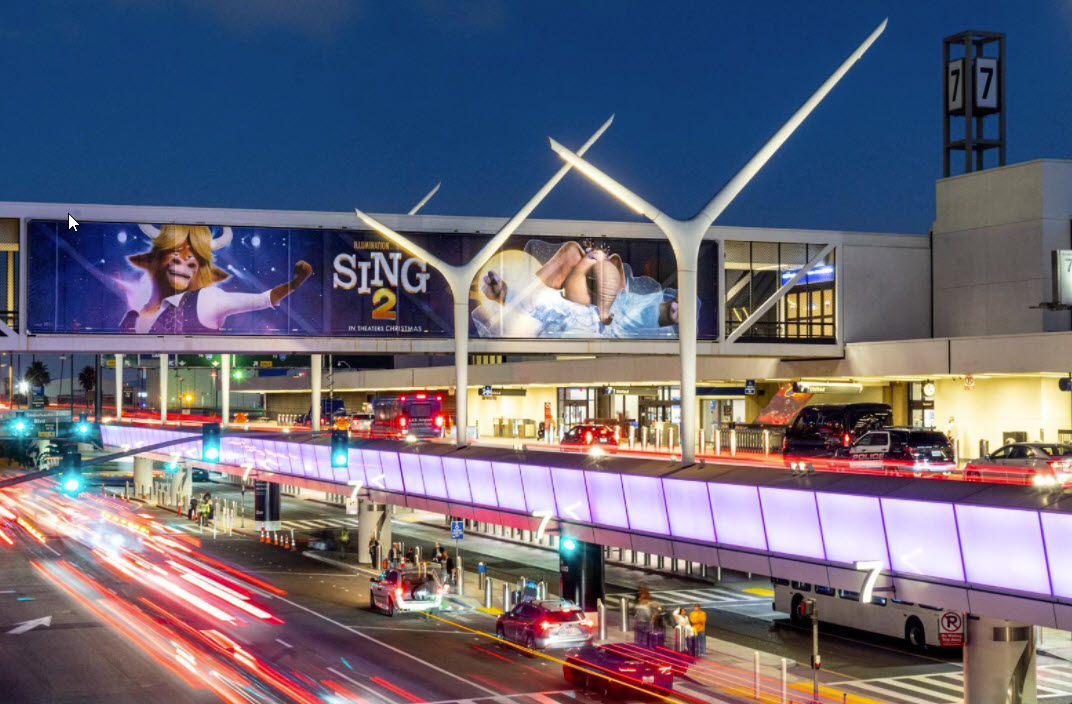 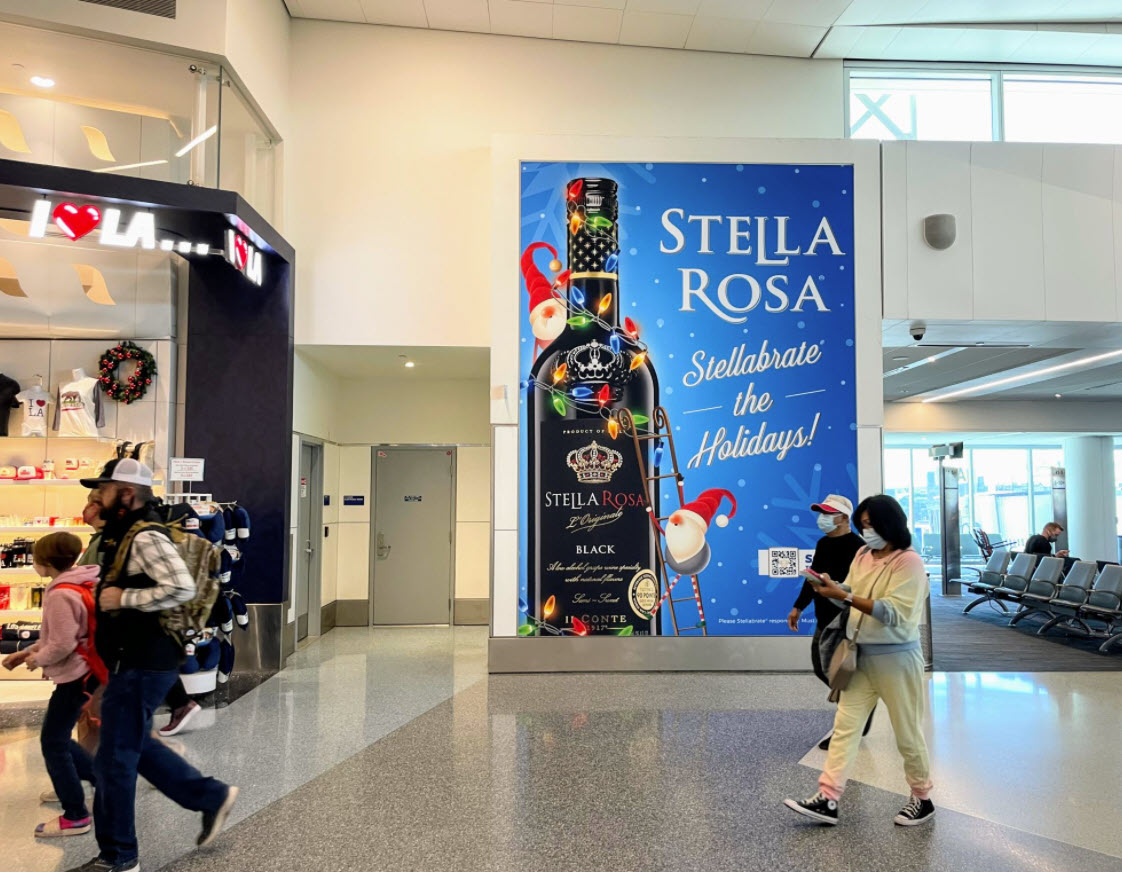 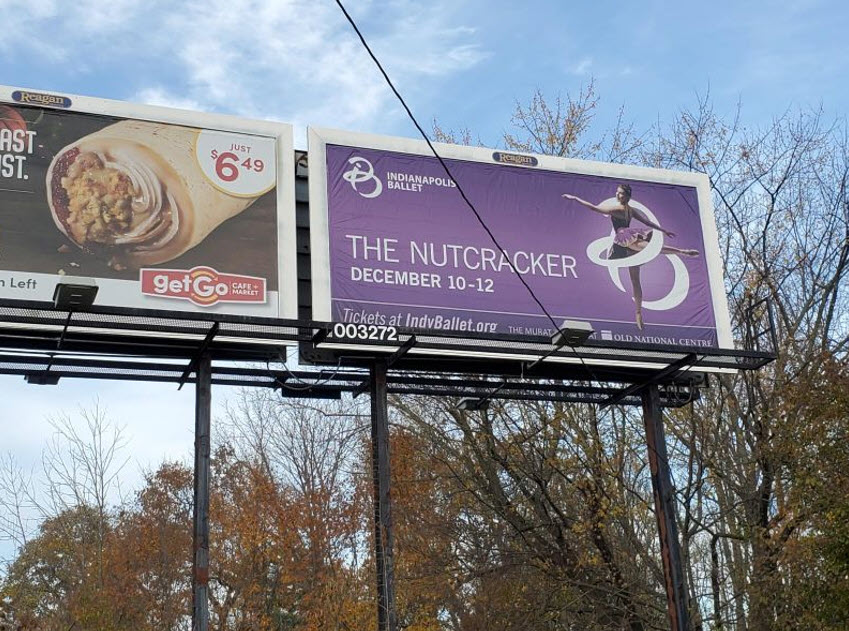 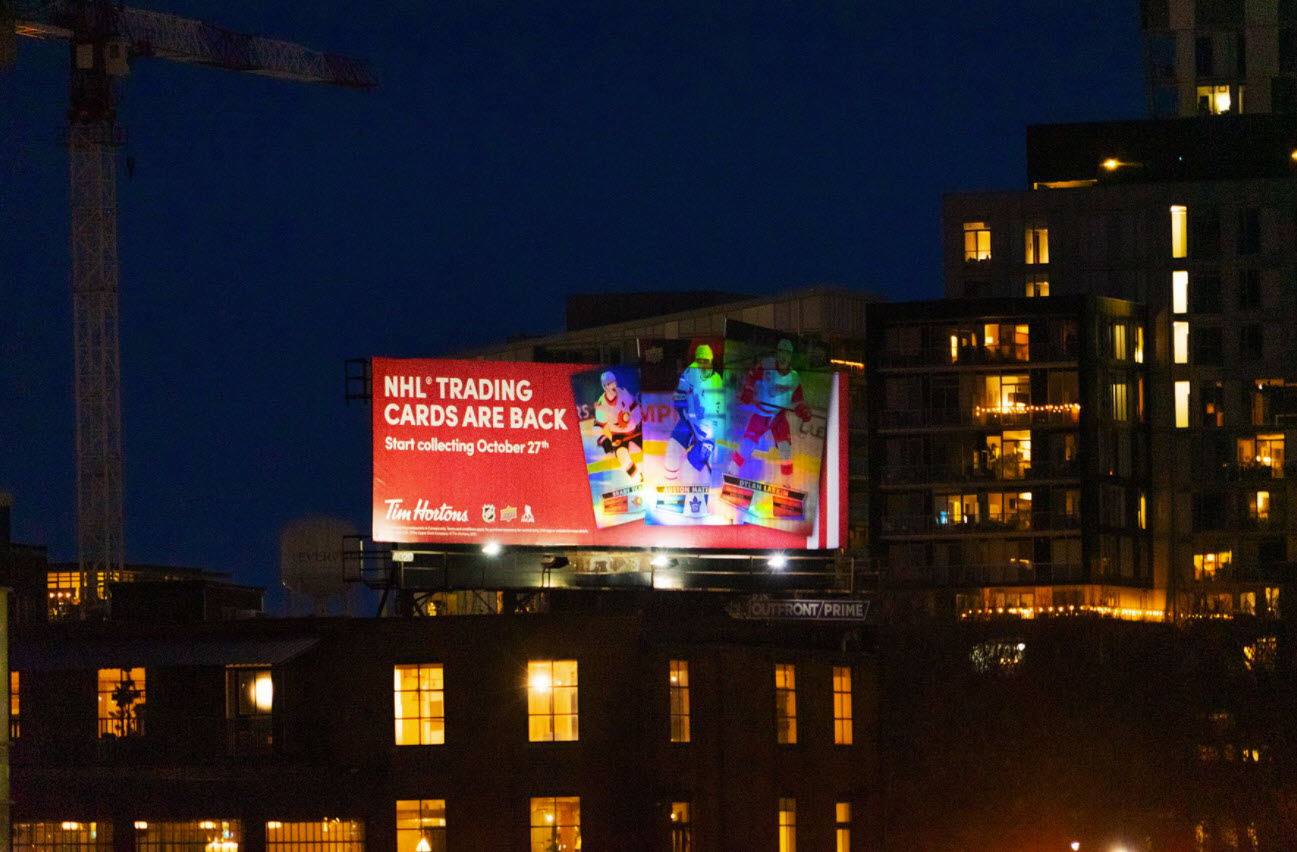 King of the internet Lil Nas X and legendary singer Elton John have teamed up in a glamourous campaign for Uber Eats. #OOH 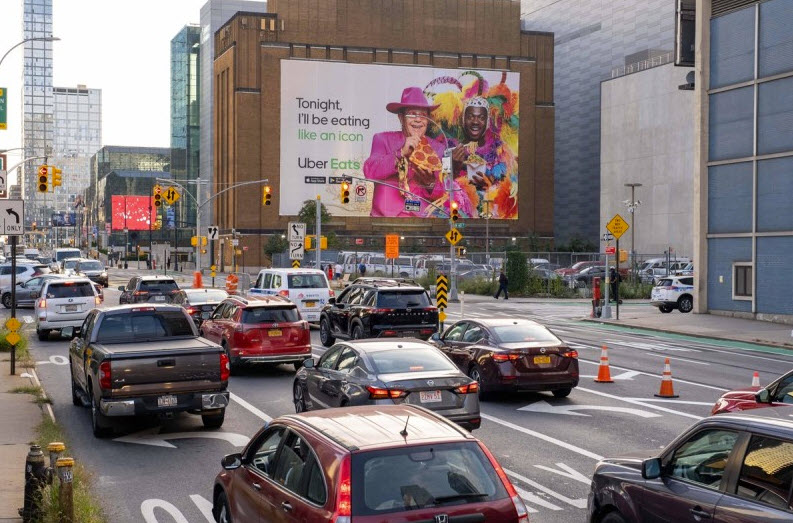 Emma Raducanu, newly crowned US OPEN champ celebrating in style by admiring a digital billboard
with her champions image on it in New York after her amazing win. So much to like in this photo! #DOOH 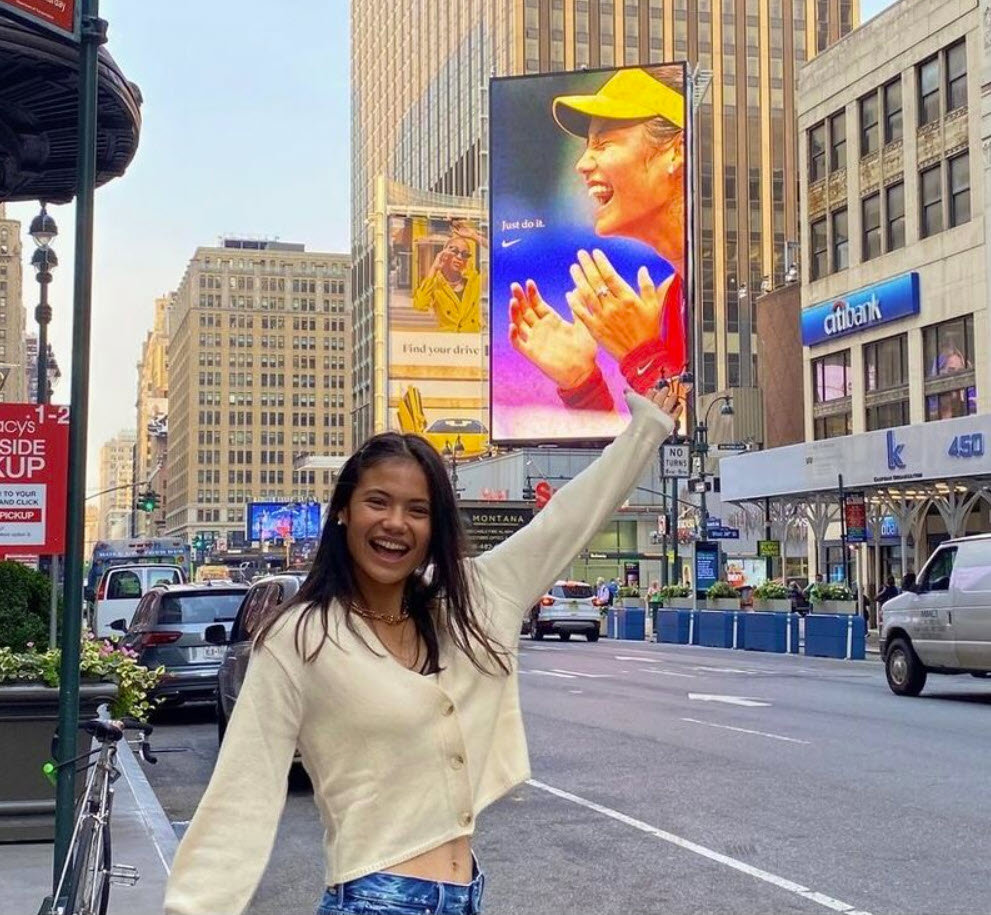 Actress Jean Smart took home an #Emmy for Best Actress in a Comedy Series for her role in comedy-drama Hacks. Upon being nominated and during the lead up to the Emmy’s, Universal Television partnered with Vector to run a fully-wrapped Double Decker on #MelroseAvenue and in entertainment hot spots across #LA in a 4-week for-your-consideration campaign, for both new and loyal fans 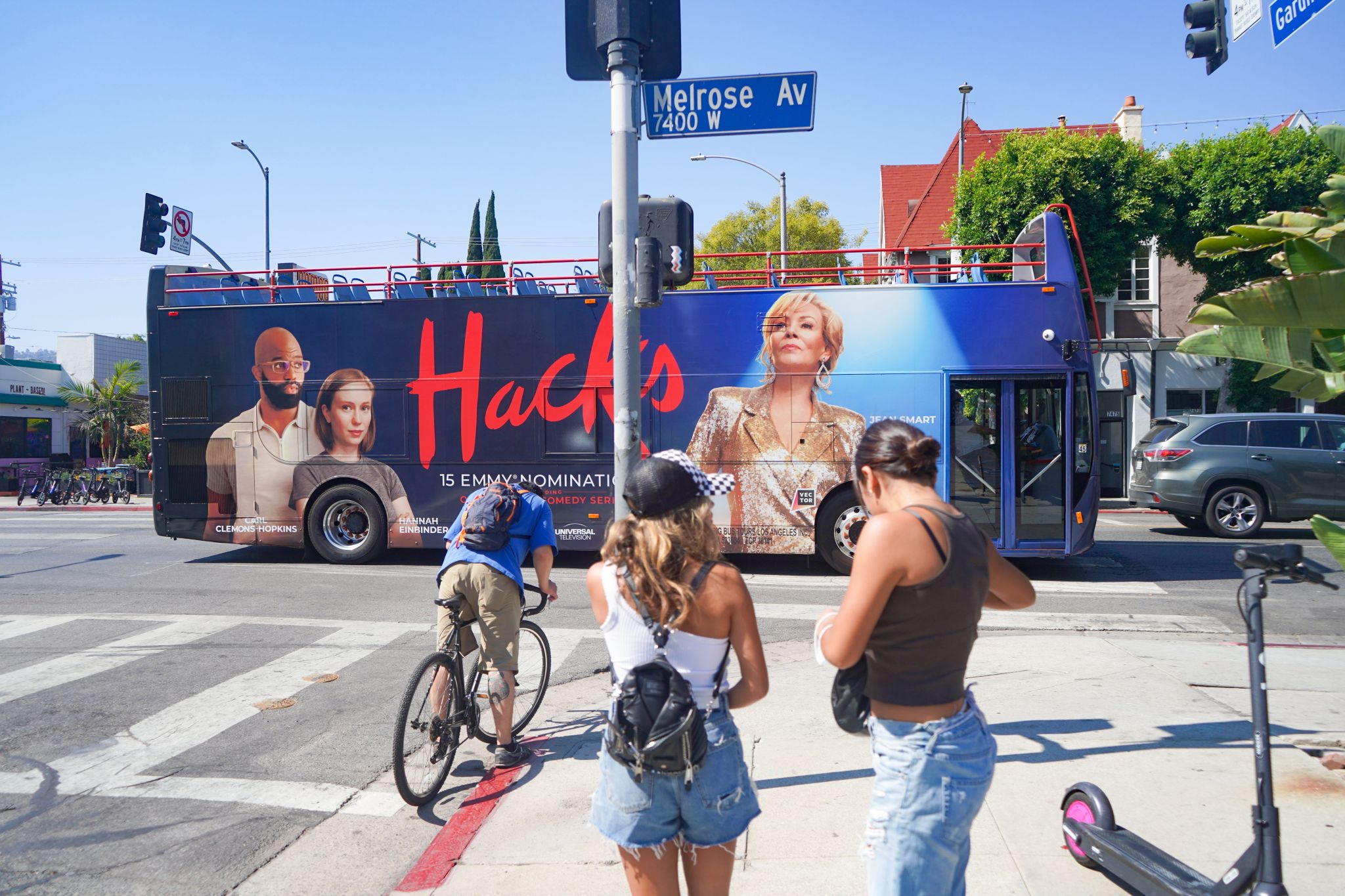 Looks good enough to eat!
Channel 4 Marketing, its in-house creative agency 4Creative, and OMD UK and Talon Outdoor, with Infinity Outdoor Limited and Ann Squared Event
promotes the return of the Great British Bakeoff with a 78ft slice of cake and a cherry on top – in the heart of Glasgow’s city center! 🍰🍒 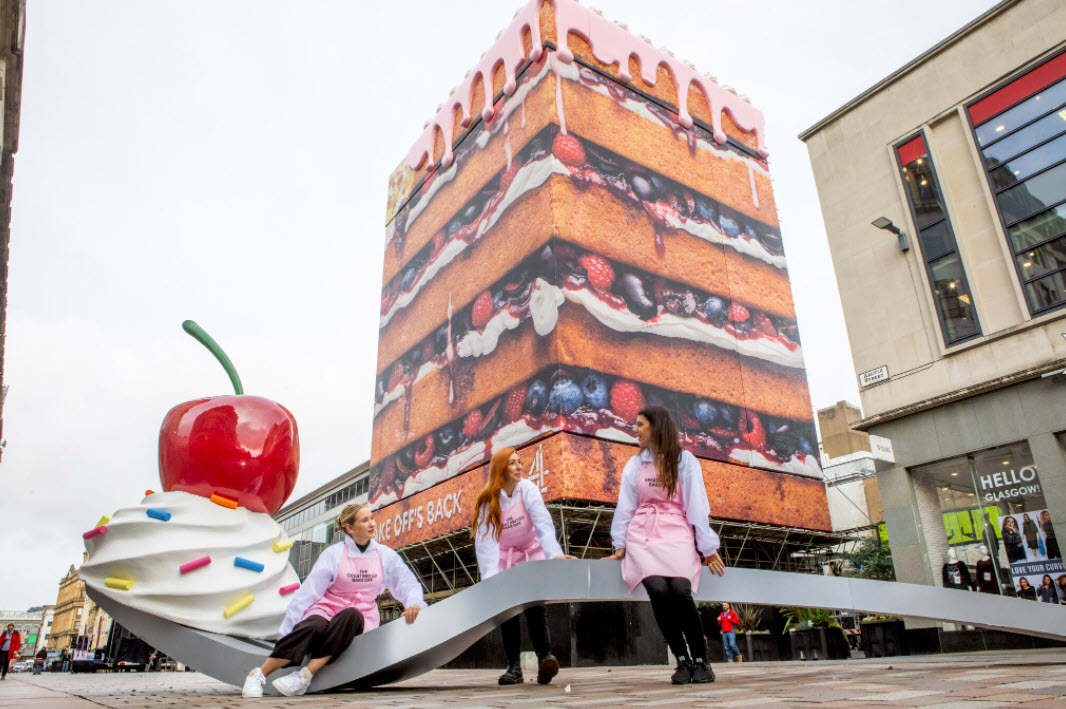 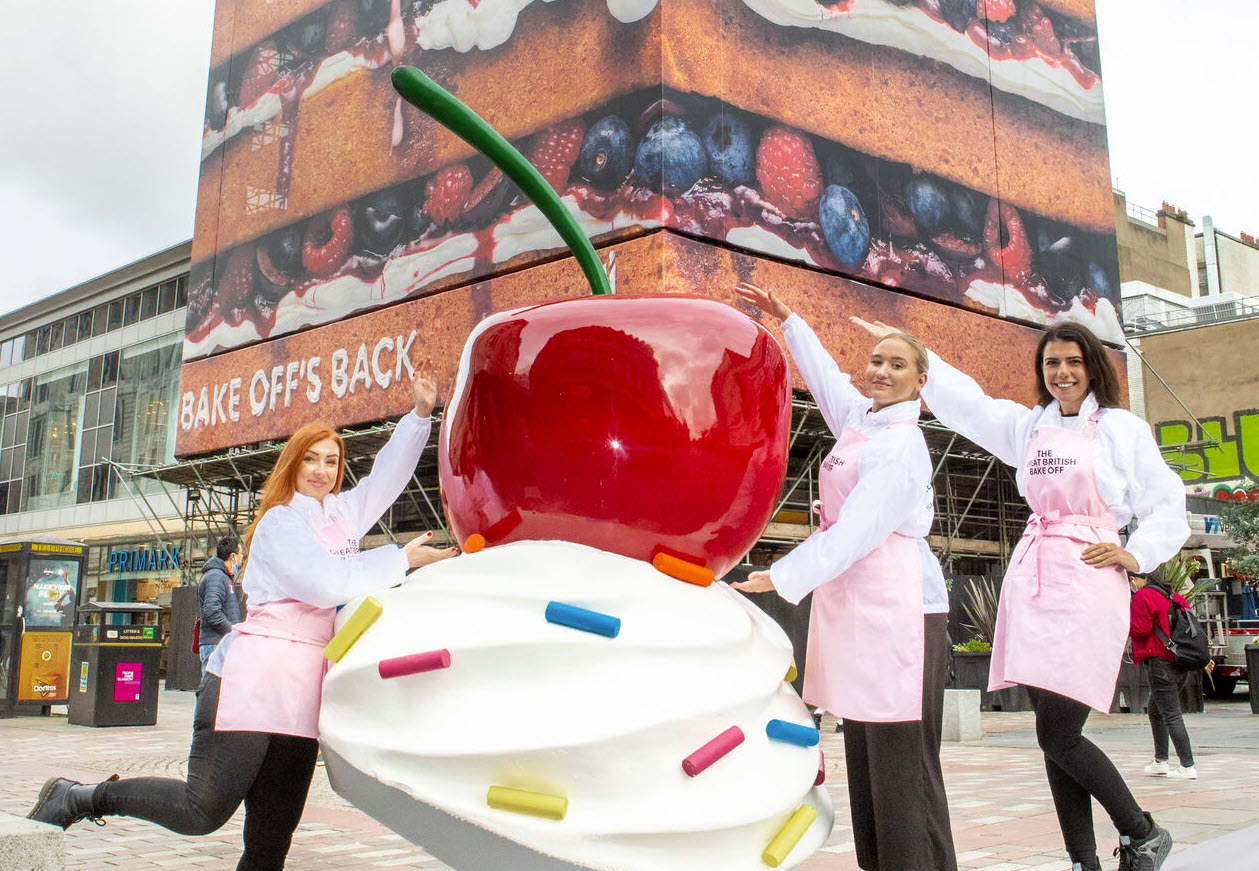 An armada of Grubhub Double Deckers rolled out in #NYC offering New Yorkers dinner on them! In celebration of the #Grubhub rebrand 15 of these Full Wraps roamed #Manhattan sporting a QR Code to scan IRL to scoop up a #free meal. Sorry it was one day only and it passed! SoHo, Flatiron and Midtown. Vector Media 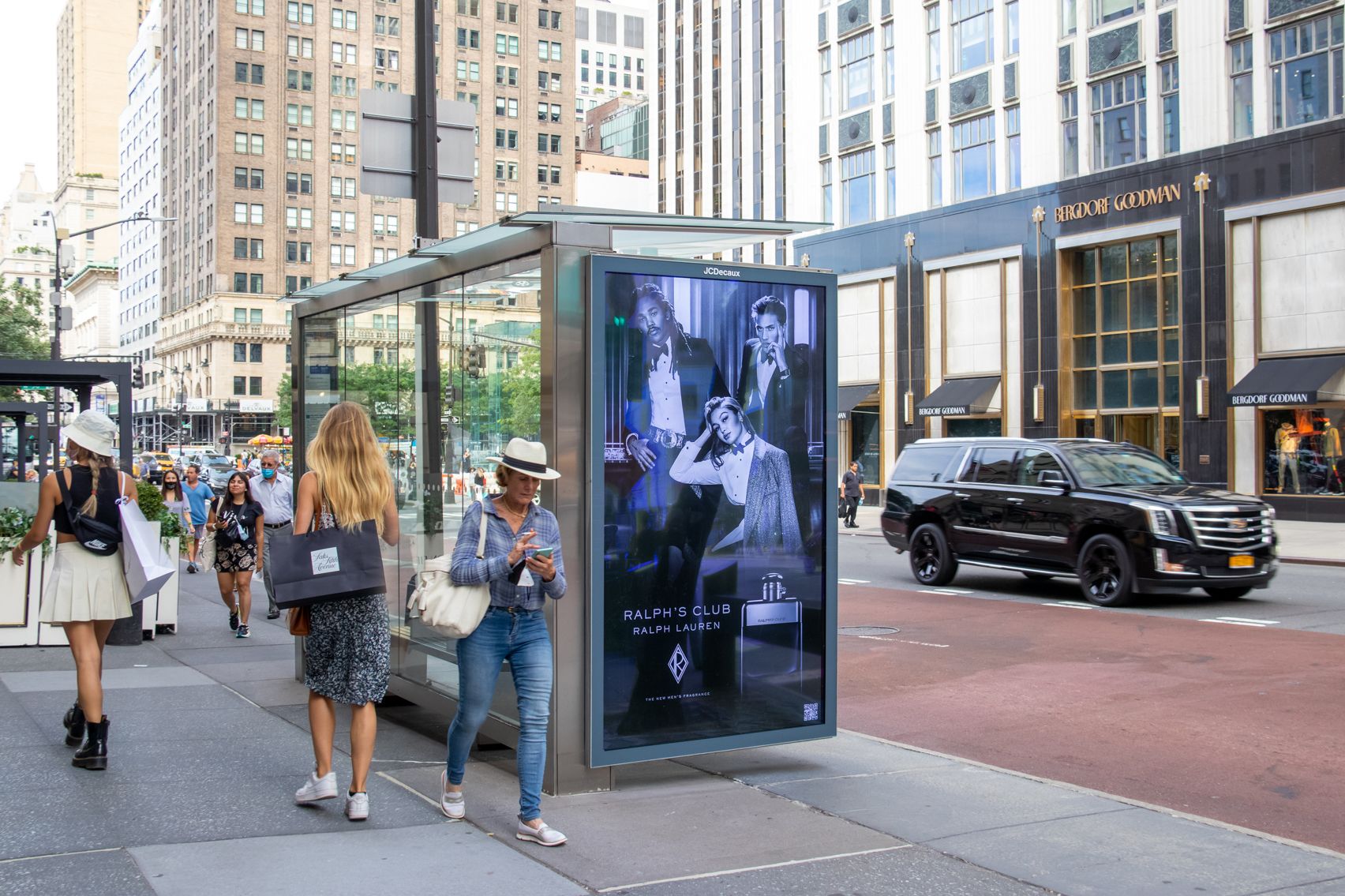 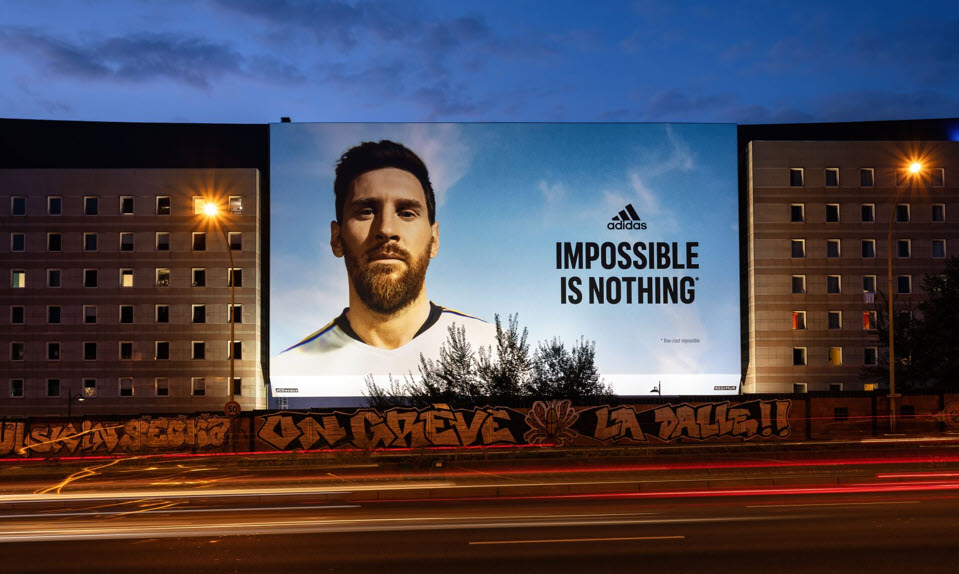 The “Chicken Wars” have gotten out of control.
Popeye’s has decided to call for Piece…..8 and 12 piece. #adamsoutdoor #popeyes #outdooradvertising #billboards #dadjokes 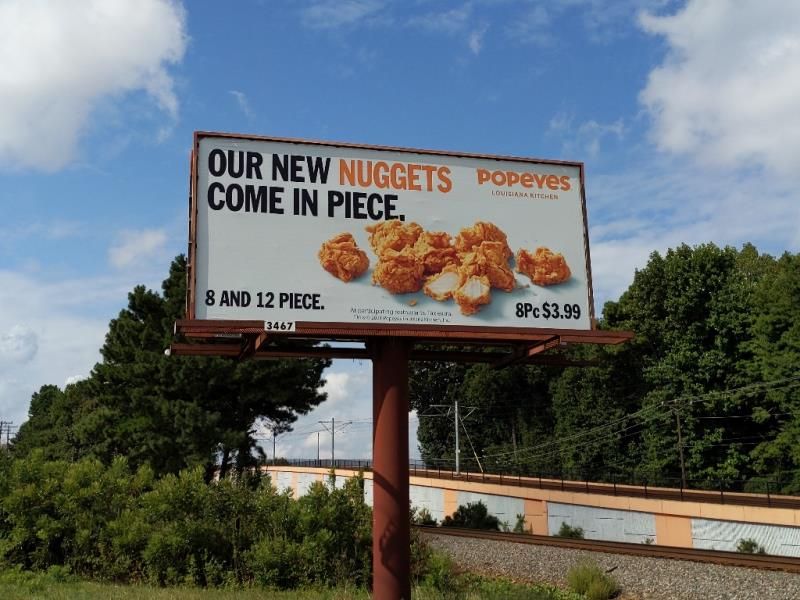 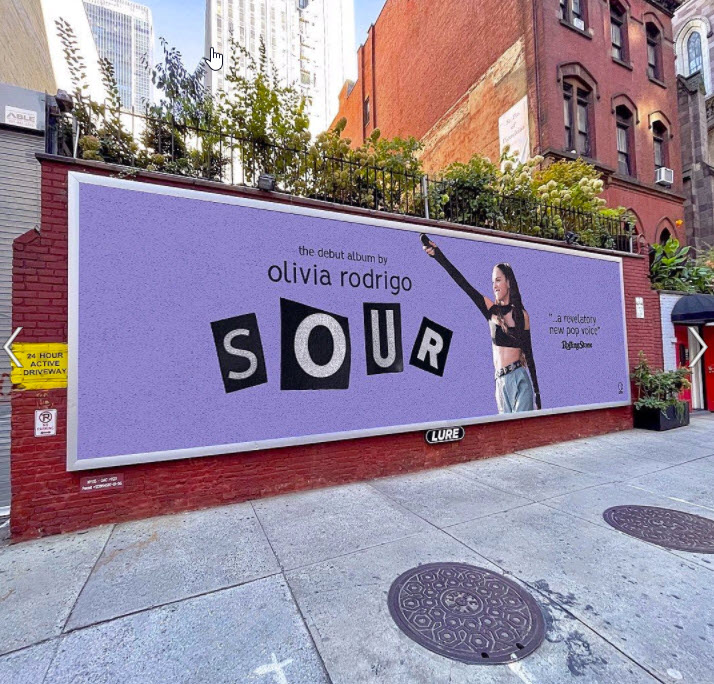 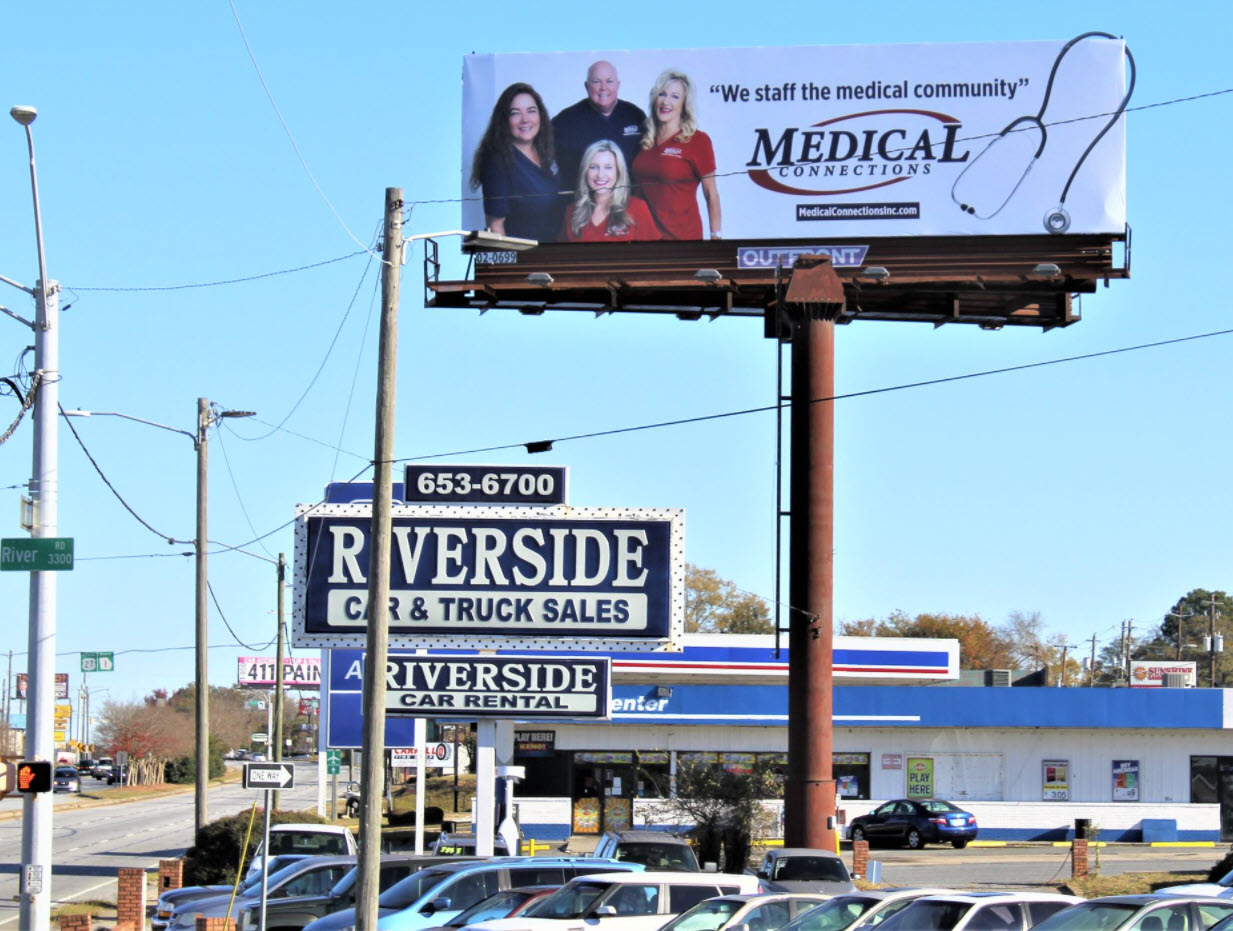 Cromination – one of the UK’s most famous advertising sites, consists of six 96-sheet screens and is 72m long. A truly impressive site! #DOOH #OOH #outdoormedia #clearchanneluk

Vector Media introduces Los Angeles to their newest innovation in Digital out-of-home, the “DDTV”.
High-definition video content in the top 2 DMAS with on dynamic DDTV network.
Two 21-foot LED #DOOH displays are sync’d on each side of our iconic Double Decker. The perfectly proportioned billboard-scale DDTVs come with built-in StreetMetrics
reporting for audience measurement metrics in real-time. Premiering the DDTV in #LosAngeles, PAW Patrol took to its high-profile routes in #LA and #NYC for a media takeover 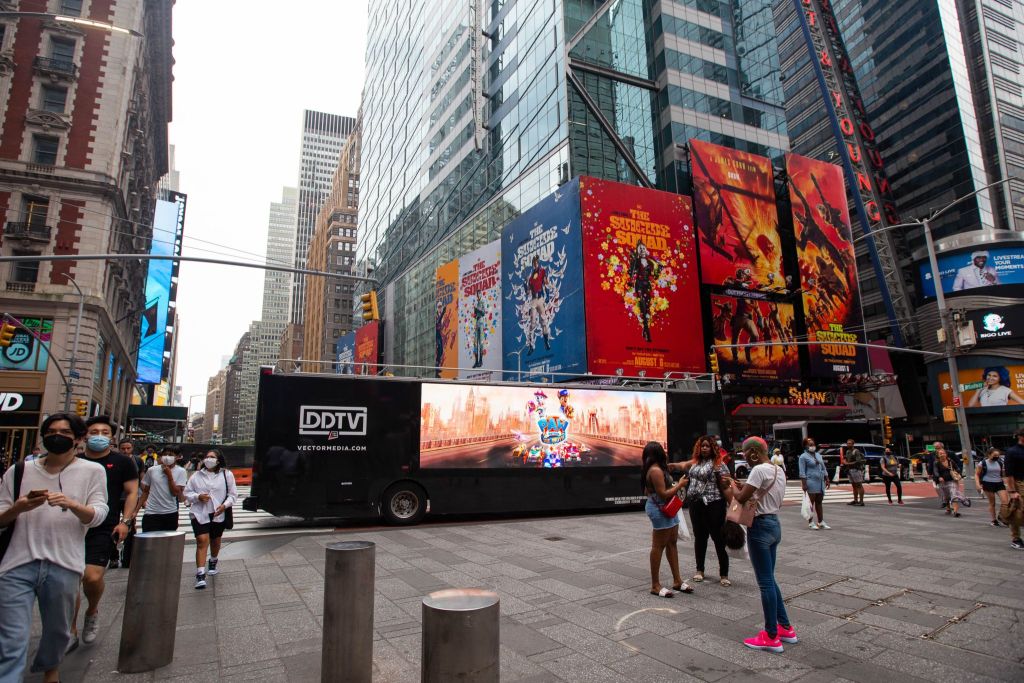 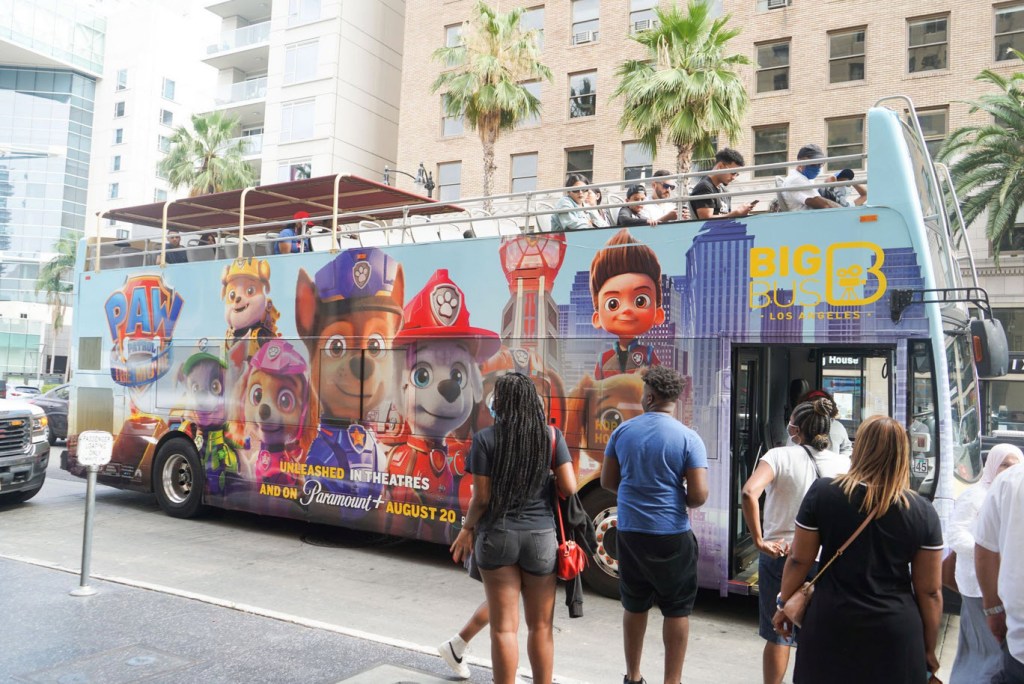 When installers were in the middle of removing a previous SKIMS billboard for a new ad featuring Justin Bieber wearing a pair of Balenciaga trainers.
The top half of the image showed the 27-year-old Bieber from the waist up. The bottom half showed the legs of a SKIMS model in underwear and socks.
The mix caused a great deal of comedy as photographs found their way to social media.
Balenciaga is a Spanish-owned, Paris-based couturier best known for its handbags 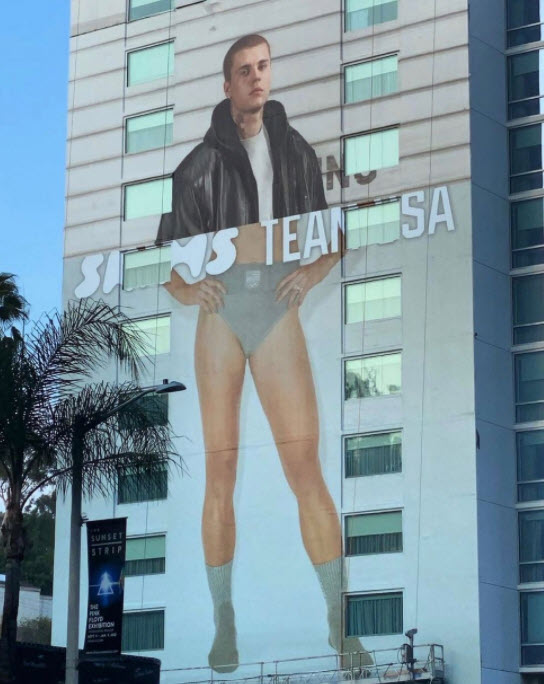 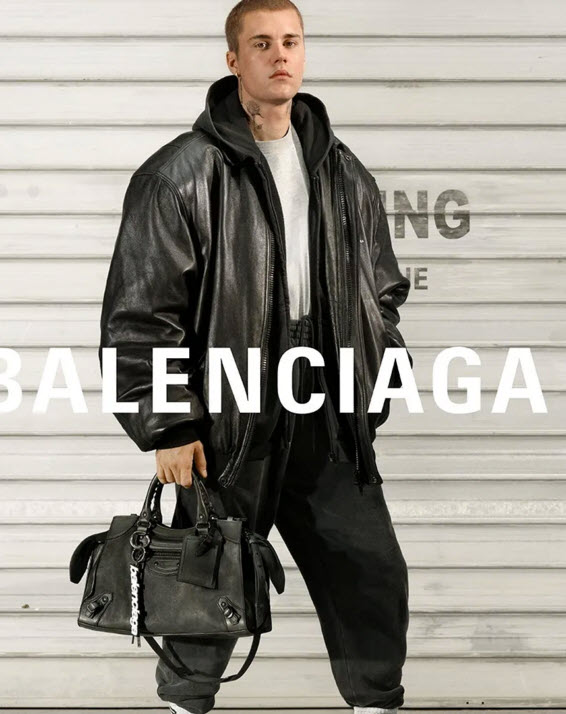 Businesses with brick-and-mortar locations across metropolitan areas, like Topgolf, need an #OutdoorAdvertising platform that puts the focus on location and audience first. Vector Media drove their message straight down the #fairway  with custom-route coaches. They’re designed to follow the desired audience on routes mapped using data tools and points of interest to locations that matter the most 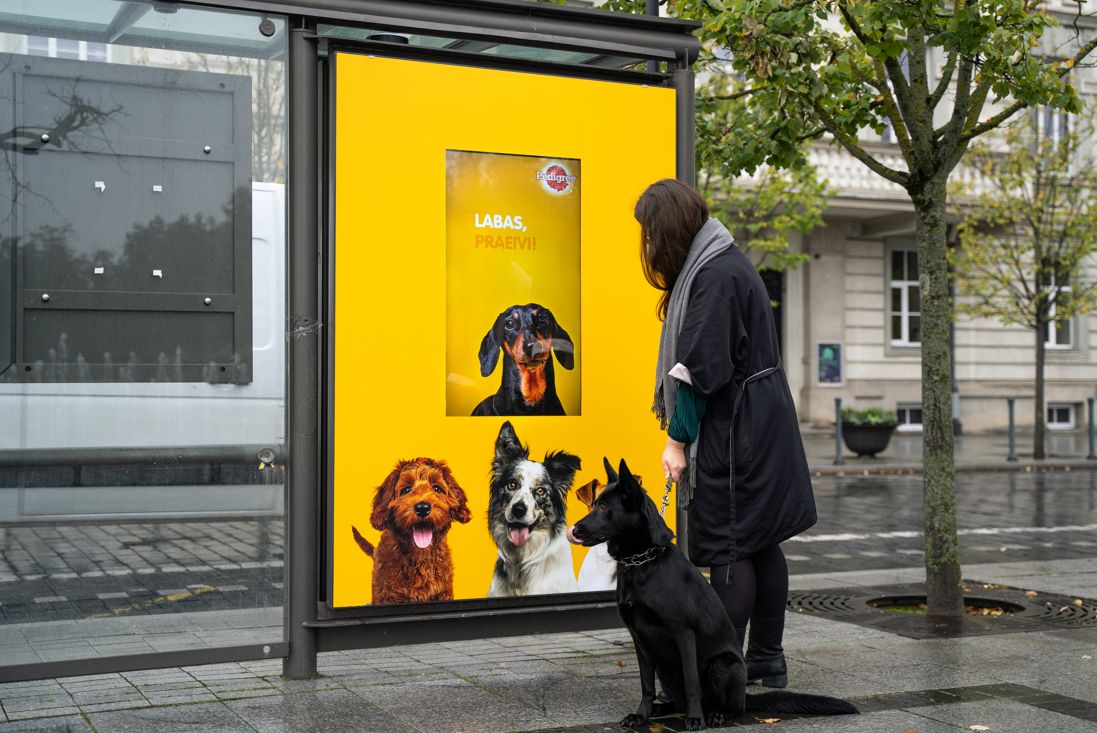 Les Mis looking great on UK’s Kings Cross Kiosk. 2 x D6 screens, 1 on either side of the kiosk, located right outside the entrance to the underground.
With the high flow of traffic on the busy Euston Rd right next to it, these are an absolute steal.  #oohadvertising #lesmis #kingscross #newscreens #digitaladvertising #kiosk
InkspotWiFi SmartOutdoor 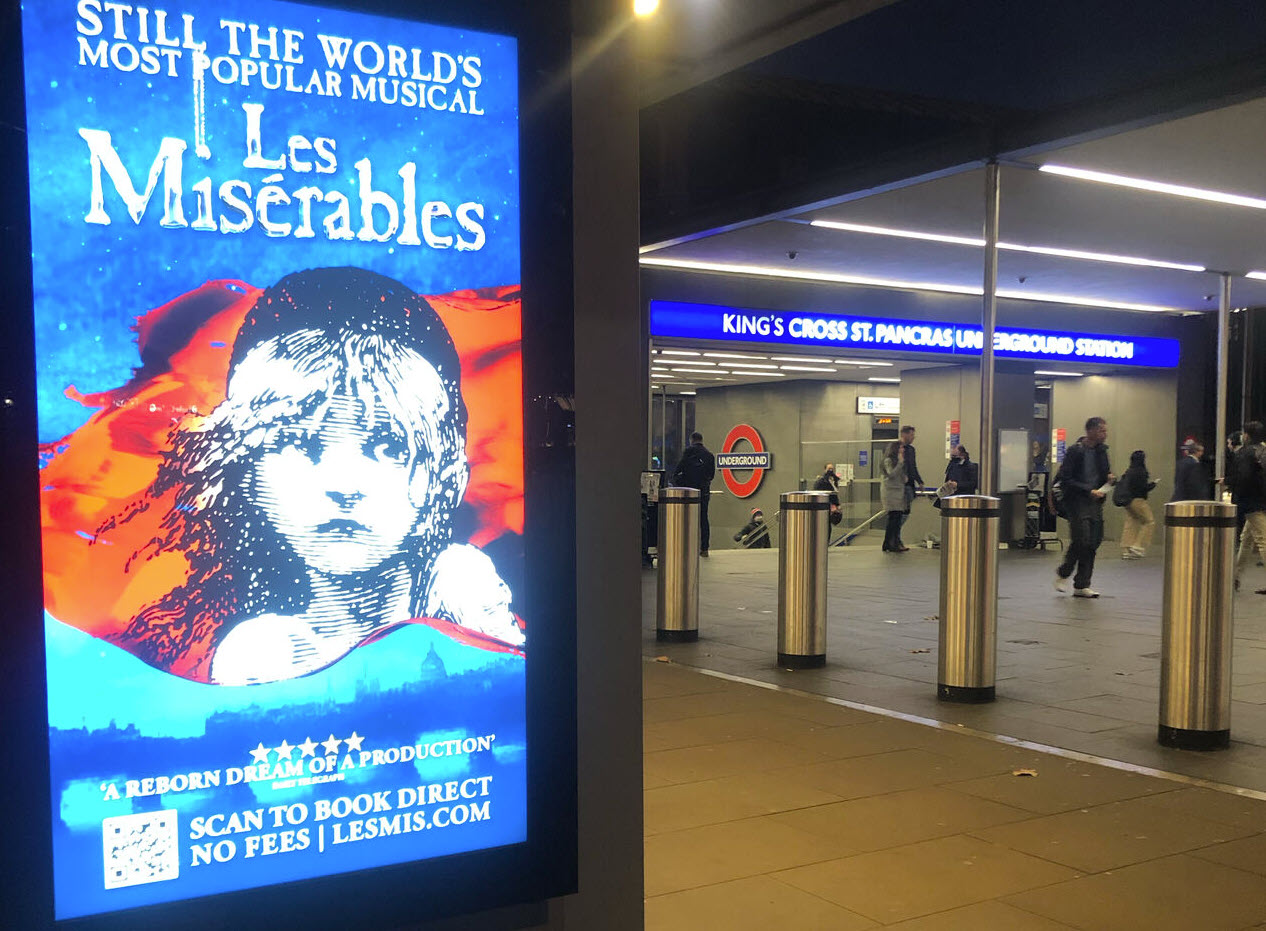