“Hello, Hello, Is Anybody There, Helloooooo” 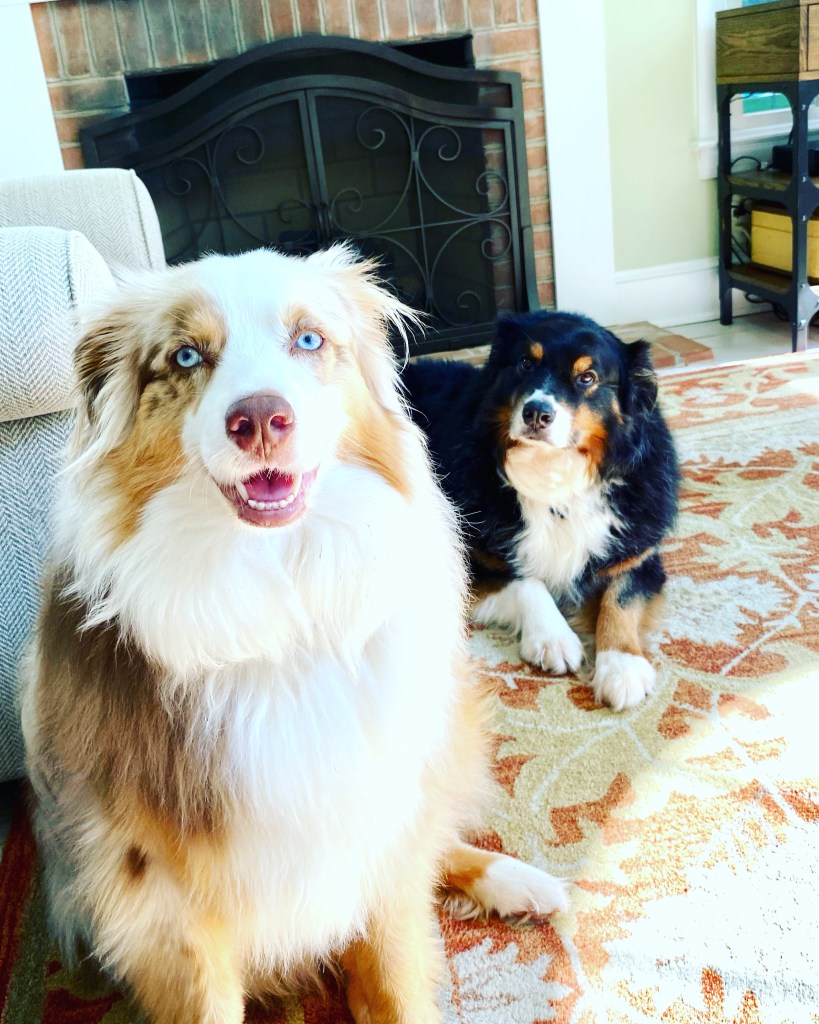 Last week, I sent over 68 emails, received around 60, had 6 zoom-style calls and texted maybe 8 times, all for work. How many times did I speak over a telephone for work? Three. Three times. Yes, I know I spoke to people when I was on the zoom-style calls, although often they were breaking up, so 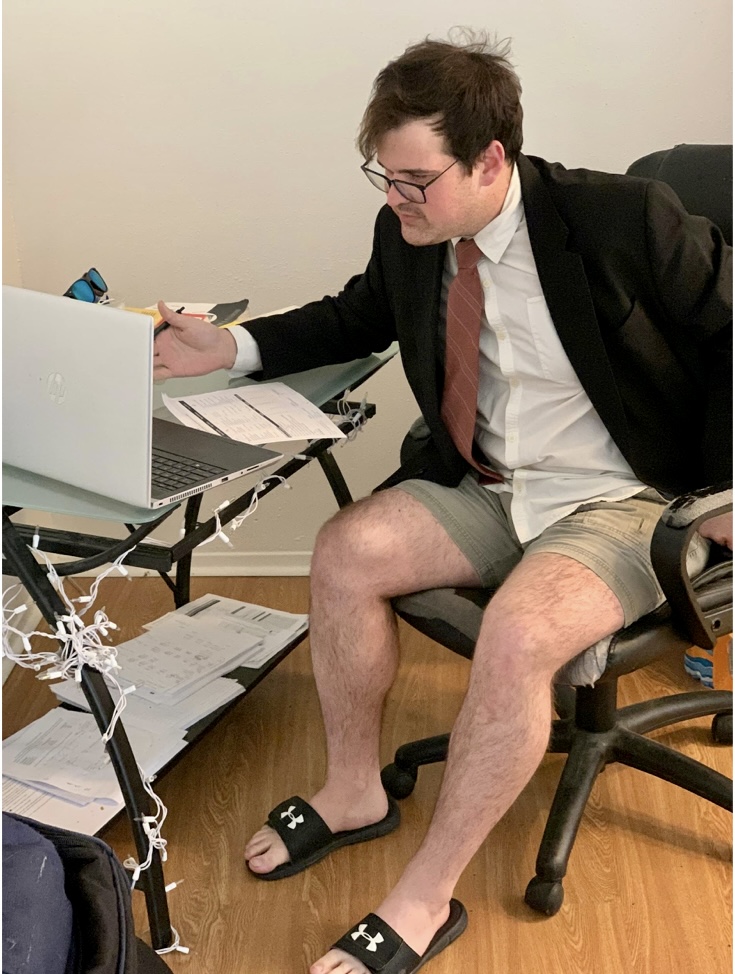 I’m not sure if they count. And I was speaking into my computer while staring at a screen trying to figure out what was on the wall behind the person I was talking to. Of course the whole time I’m thinking, I wondered if they showered yet, are they wearing pants, do their socks match, and do they know that there’s a person standing behind them wearing a hockey mask? OK OK you know I made that last one up, but you get my point. Zoom style calls, although they really did save many industries by continuing to have what does feel like an in-person meeting, can be very distracting. Especially when you have as vivid imagination as I do.

We were talking to a potential client yesterday and I swear he was calling from Cell Block 24D, in San Quentin. At the end of the call he noticed we were trying to look over his shoulder to see if we saw Charlie Manson, when the observant client said “oh don’t mind the background, I’m re-doing an Airbnb I own and I’m painting the place.” Major points for some serious multi-tasking.

And I’m just as guilty, my two big, fluff-bomb dogs know how to open the door to my office and like to come in when they hear my voice, someone else’s voice, thinking I must have a guest in there and if there’s a guest in there that only means one thing. Snacks. All the while people on the other side of the camera see these determined dogs coming to the office, plop on a couch, and let out a big yawn. Although it’s comic relief I do have to acknowledge them and say sorry, there must be a fire in the next room. I told you all this camera technology is very distracting. All while being able to share your screen, show your clients all the incredible technology your company has to offer, you get the pleasure of watching for their expressions, and be able to wave goodbye. I read somewhere that waving at someone on the other side of the camera shows you’re friendly, and that you have a good zoom etiquette. Now I wave at everybody, even 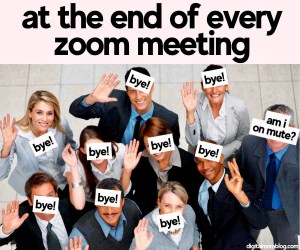 when I’m not on a zoom call and my family walks in the office I wave hello and goodbye. This wave thing is catching on.

But whatever happened to just picking up the phone and talking one on one, like we used to? Without having to make an appointment. Let’s face it, nobody makes zoom calls these days without setting the time, sending the invite, responding to the invite and thinking about what you’re going to wear. My daily work uniform  if I’m in my home office, is a crisp white T-shirt and a pair of jeans. All clean, no spots or tears, and I get to wear my favorite clothes. But it doesn’t translate well on a zoom call. My wife says I look like Ed Norton, the sewer worker from The Honeymooners TV Show. So now I throw a button down shirt over the T-shirt and within 10 minutes of zoom call sweat is pouring down my forehead. Happy now?

And don’t get me started on what I see on the other side. Just last week, a potential client of mine while on a zoom call, suddenly muted the her sound, and began to scream a litany of profanity at someone off screen. How did I know? Because being on enough zoom calls you learn to read lips. My uncle Sam Campas, who owned a bowling alley 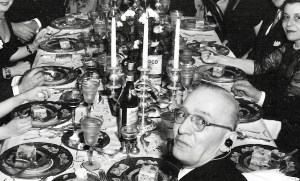 in Cicero, Illinois and hung out with Al Capone, contacted gonorrhea at a young age. Not sure you needed to know the gonorrhea part, but it caused him to go deaf, so not only did he get one of those clunky hearing aids what it looked like it was a cigarette lighter in his pocket, but uncle Sam who was a prolific gambler and card player, learned at a young age how to read lips. There are some things that kids can learn from their aunts and uncles. I learned how to cook, how to talk to mobsters and most importantly, how to read lips. Sorry for the long explanation but I had to work Uncle Sam into a story someday. Anyway, just when I thought the conversation would resume, my client on the other side, jumped up and got into the face of the other person who then came into view, and went jaw to jaw, with her finger waving in his face. I wasn’t sure if I should turn the camera off or call the cops. But I could definitely read what she was saying. This, all while trying to pitch my companies services on a zoom call.

Of course I stayed on the call, I wanted to see how this would end.

She returned to the call, un-muted her side, said “sorry about that, where were we?” I asked her if she was all right she said yes and we continued the conversation, quite professionally. Nothing to see here.

You definitely wouldn’t get this much drama on a traditional phone call.

I love in person meetings. I love meetings over meals, meetings over a drink, meetings during a walk on a lovely spring afternoon or meetings while watching a ball game in person. While zoom style calls were imperative, and still are during a pandemic, it feels as though we are relying to much when all it takes is a two minute phone call. You don’t have to be sitting at your desk, you don’t have to be walking around holding up your phone to your face making the rest of us suffer motion sickness, you don’t have to see me in my white T-shirt or see my dogs bust open a door. You could be anywhere, holding a phone to your ear and carrying on a normal conversation. 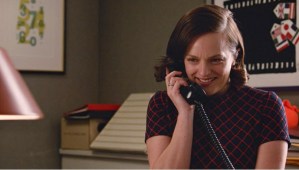 Picking up the telephone, saying hello, asking how the other person is and even telling them “hey, I was just thinking of you, so I thought I’d give you a call” is still one of the nicest things you can do, even in business. There’s no warning, there’s no appointment, you just dial and on the other end the person says hello. It’s that simple. How nice is it to hear another person’s voice when you were least expecting it. It’s better than an email, far better than a zoom call and even beats texting . It might just get you that piece of business you’re working on. Maybe?

So when that object on your desk starts ringing, don’t go in a panic and wonder what to do. Pick it up and in a friendly, voice, or a creepy voice, depending on your mood, say hello. And if you’re selling a product what a great way to ask for the order.

All of us who work in the advertising industry, we have so many weapons at our disposal to communicate with those we want to do business with. Let’s not forget the obvious. It’s easy. You can do it from your bathroom, but we’ll save that for another story.

Pick up the phone, if you need some practice on how it works, you can call me, I’ll be happy to talk to you. Don’t know the number? Well here it is, 301 920-1100, a real honest to God, old fashioned land-line, complete with wires and an annoying ring. If I’m not trying to read lips on a zoom call, I definitely will pick up and have a chat. It’s that easy, you should try it.