SMI Core data captures the actual spend data from the SMI Pool partners of major holding companies and large independent agencies, representing up to 95% of all US national brand ad spending, to provide a complete monthly view of the SMI Pool market size, investment share and category performance. Core Data delivers detailed ad intelligence across all media types, including Television, OTT, Digital, Out of Home, Print, and Radio.

OOH maintained the fastest growth rate throughout the quarter. Pharma, Entertainment & Media, and Technology accounted for more than half of OOH ad dollars. 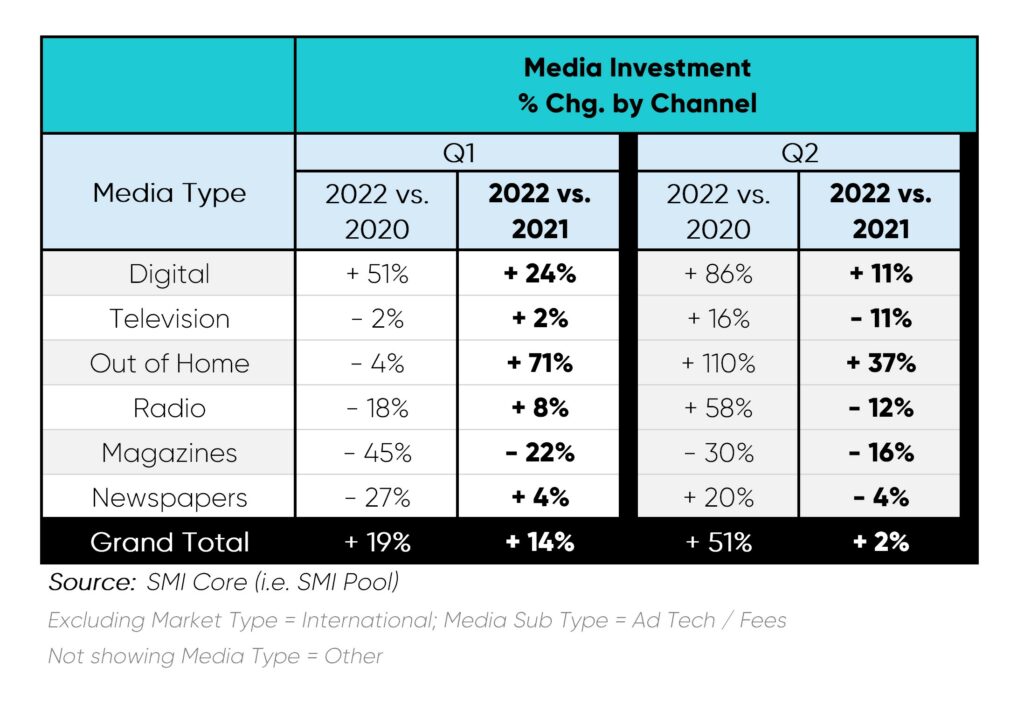 Relative to 2021 expenditure, overall growth slowed in Q2 compared to Q1. While Q1 2022 featured year-over-year increases across five Media Types, only Out of Home and Digital Media expanded in Q2 2022 vs. last year.

OOH maintained the fastest growth rate throughout the quarter. Pharma, Entertainment & Media, and Technology accounted for more than half of OOH ad dollars. 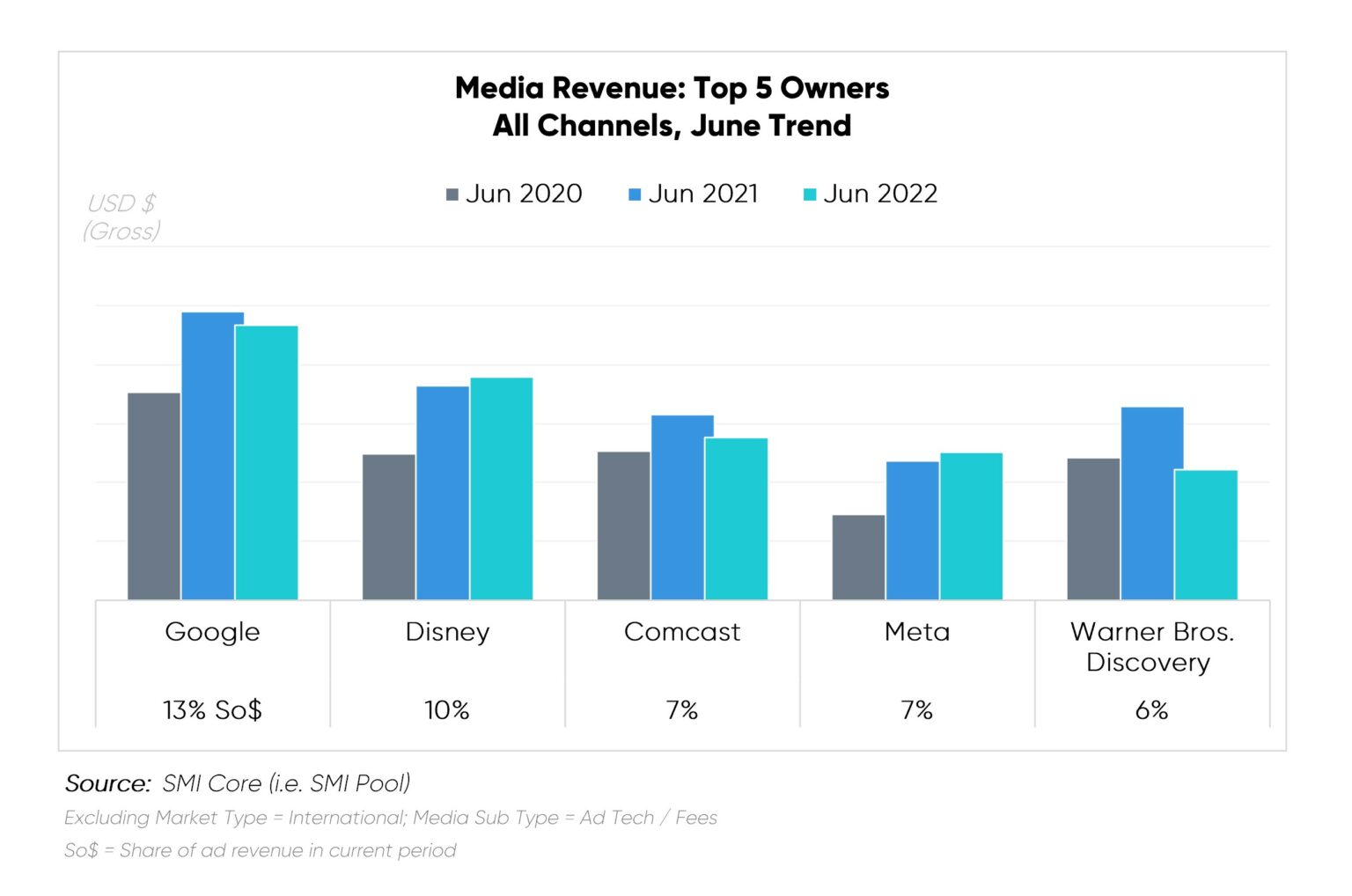 Important Update: As of this month’s release, Facebook, Inc. will now be represented as Meta within the Present Master Owner field. 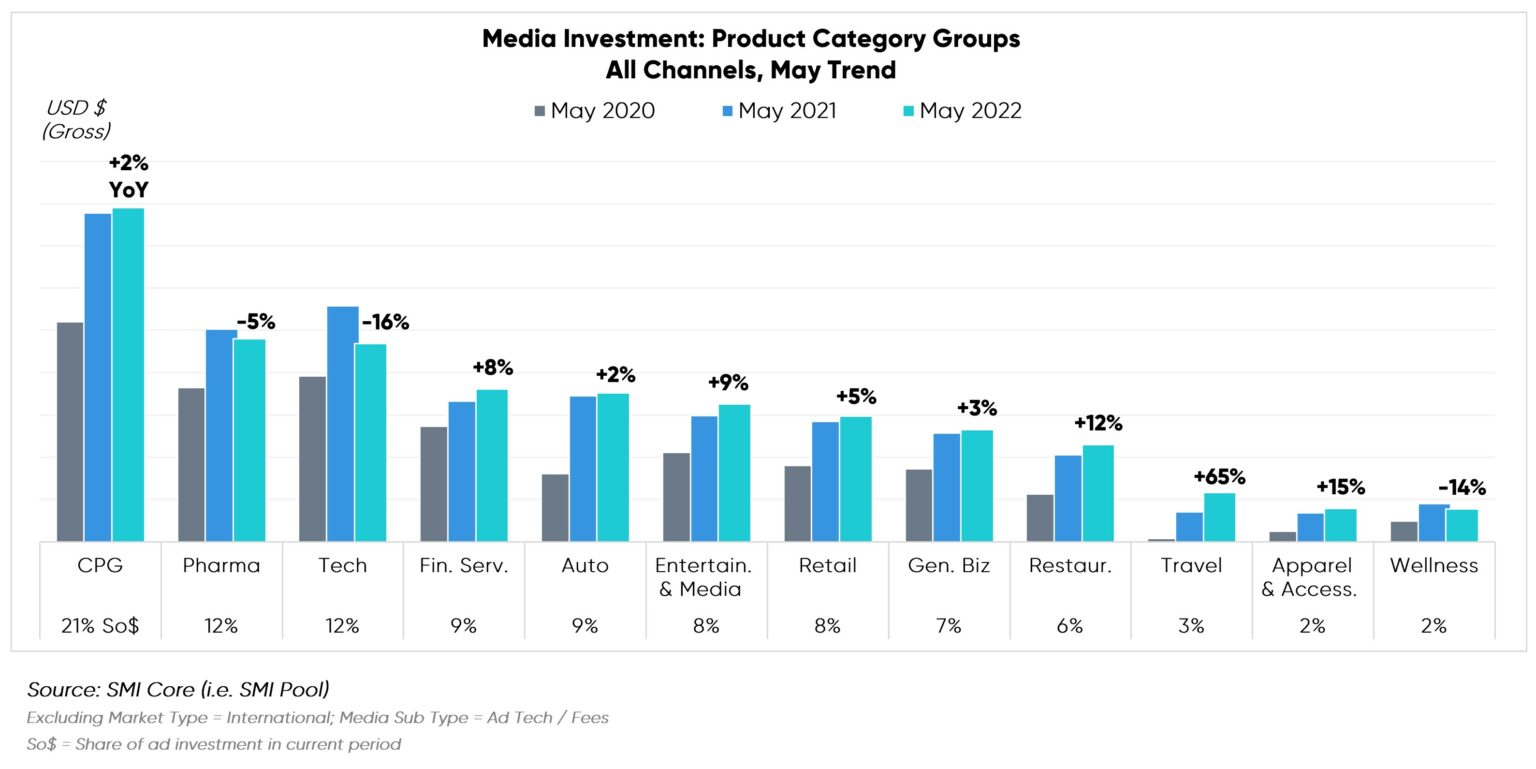 June 2022 marked the first month this year that the majority of Product Category Groups reduced ad spend. In fact, only five sectors increased ad spend this month, a sharp reduction compared to ten growing categories in January, February, and March.

One bright spot, Retail rose to peak levels for the month of June. With rising consumer prices, Discount Store marketers sought the attention of value shoppers. The sector quadrupled investment YoY, countering declines across all other Retail subcategories.

“Hello, Hello, Is Anybody There, Helloooooo”