For this week’s spotlight, let’s take a look at a market home to one of the Midwest’s fastest-growing cities – the Grand Rapids DMA.

Did you know that Grand Rapids gets its name from the Grand River, which snakes its way through the city and across most of lower Michigan? However, the “rapids” themselves largely disappeared in the early 1900s, when dams and flood walls were installed to help with excess flooding. Efforts are underway to remove the aging dams and restore the rapids to their former glory. Another trivia note, William Board, publisher of OOH Today, started his OOH career in GR.

Historically, Grand Rapids was a major center for furniture production, earning it the nickname “Furniture City”. In fact, the Grand River itself used to be a method of transport for logs being used in furniture production. Before the dams and flood walls were put up, logs would be sent down the river, making their way from the lakeshore to Grand Rapids.

According to Geopath Insights, there are more than 3,900 spots measured by Geopath within the Grand Rapids market, which generate over 356 million impressions each week! Additionally, this market has a population of 2.1 million, with 1/4 of all commuting trips within the DMA taking 30 minutes or more. For more insights on the Grand Rapids DMA, please see our 2021 DMA infographic below. 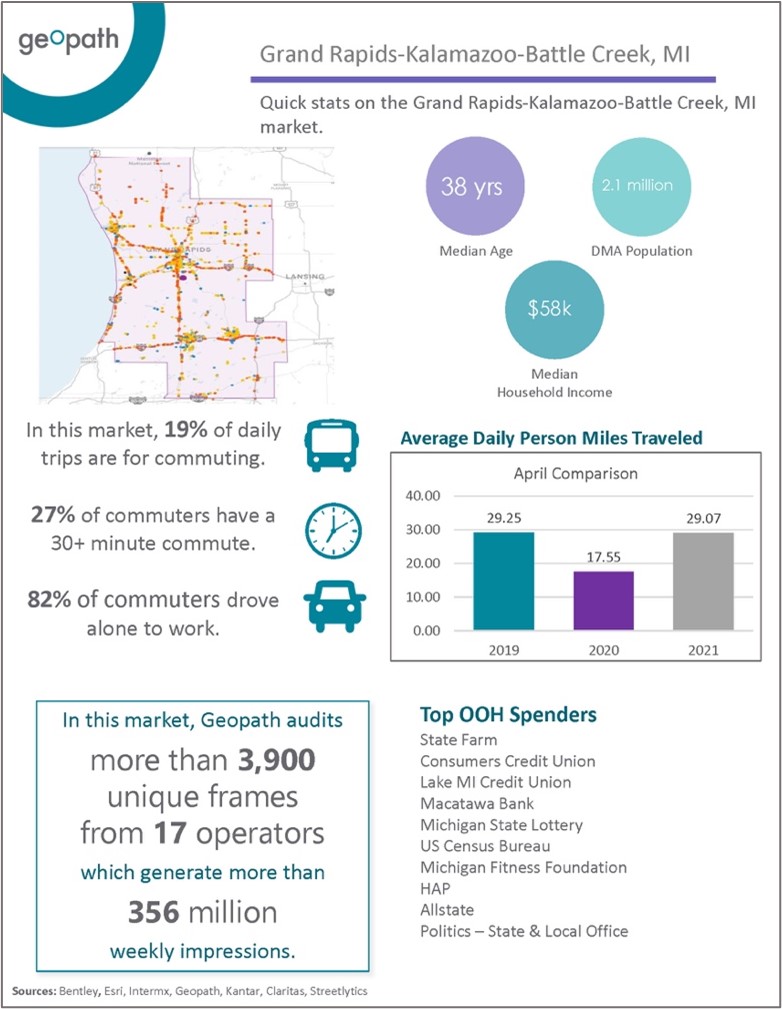 Next, let’s look at who was spending in OOH within the DMA for January – June of 2021. 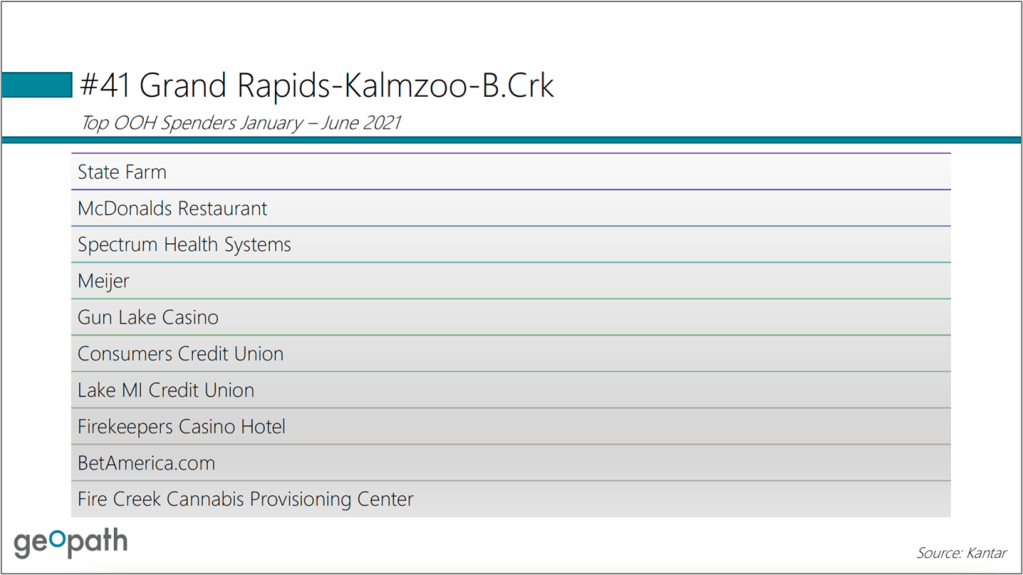 Looking at the top OOH Spenders in the Grand Rapids market, multiple casinos/betting groups appear in the list. Along with this, we also see multiple credit unions among those who spend heavily on OOH. Top national brands like McDonald’s and State Farm also appear here.

Subscribe to OOH Today. Help us Help You by keeping the only Independent Voice for OOH free!

OOH TODAY believes all voices, not just the loudest, must be heard 4553 posts 597 comments