Launched Thousands of Digital Billboards across the United States 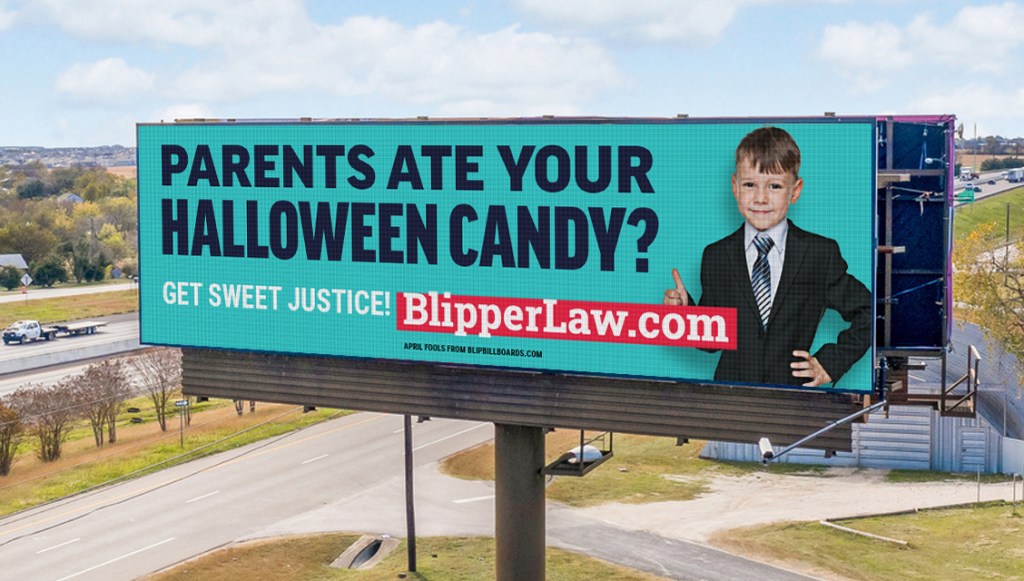 Blipper Law, allegedly the first kid-run law firm, has launched their business with thousands of digital billboards across the United States. With photos of business-suited children and headlines like “Grounded by your parents?” and “Is your sibling a doo doo head?,” the billboards have received more than a few double-takes. The firm’s website (blipperlaw.com) lists several law services including Toy Wrecks, Sibling Rivalries, and Halloween Candy Compensation..

With a small startup budget, the law firm used Blip (blipbillboards.com), an online marketplace for digital billboards, to schedule the one-day nationwide out of home campaign. “Our company believes that the best products and ideas should win, no matter the marketing budget,” says Blip marketing director, Stacey Gustafson.

About the unusual and hilarious ads, Blip creative director, Todd Turner, added, “Of course, it’s an April Fools’ joke. We wanted to show people that any crazy idea, artistic endeavor, or new business can make a quick and seismic impact using Blip. Even if that idea sounds as ridiculous as a law firm run by children.” The Blipper Law campaign will begin on April 1, 2022 and run for one day only.

Blip is an online digital billboard marketplace with thousands of locations across the United States. BlipBillboards.com empowers business owners to spread their marketing message anywhere, anytime, with any budget. Blipper Law is not a real business and does not employ 10 attorneys under the age of 12.