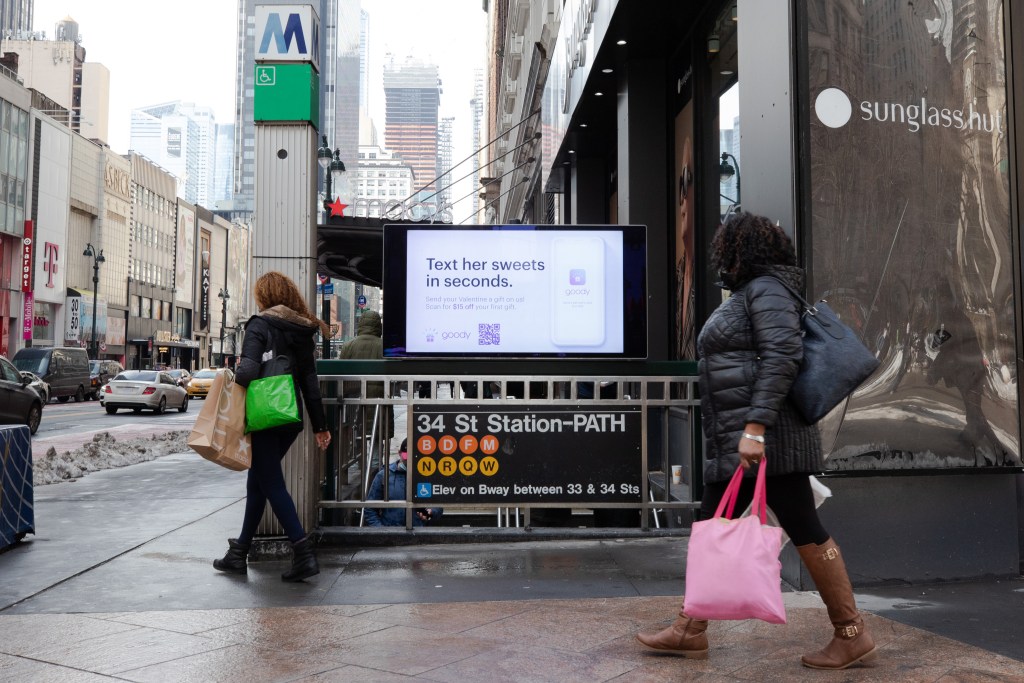 Still trying to figure out the perfect gift for that special someone? Outfront directs your attention to the new gifting app, Goody! The app went live in December 2020, but ahead of their official campaign launch this Valentine’s Season, Goody is utilizing OUTFRONT’s OOH assets in one of the world’s most romantic cities, New York City.

Especially in a climate of uncertainty and distancing, Goody wants to show consumers that sending a gift is as easy as sending a text message! It’s the most convenient way to show your love and appreciation – and only takes seconds to arrange and easy to gift on the go.

Goody’s campaign will run across 100 OOH digital panels throughout Manhattan and Brooklyn, and on a billboard in the city’s iconic Times Square. Using QR codes featured in the campaigns creative (on street-level assets/digital panels), consumers will be able to immediately download the app and use an applied code to shop ($15 off) from an array of gifts to send instantly to someone, all in one seamless mobile experience.

New Gifting App Makes It Simple To Send Love (and Gifts!) To New Yorkers and Beyond This Valentine’s Season

NEW YORK –  OUTFRONT Media Inc. leads first out of home campaign for Goody, an app that makes gifting easy this Valentine’s Season. Goody’s creative will be featured on OUTFRONT’s highly visible OOH assets across New York City when love is top of mind.

Goody launched in December 2020 as the first app of its kind to revolutionize in-text gifting. Users choose a gift from a curated suite of products within the app and send it with the ease of sending a text message.

Goody’s campaign can be seen on over 100 OUTFRONT digital panels throughout Manhattan and Brooklyn, and on one of the largest billboards in Times Square. OUTFRONT Studios, OUTFRONT Media’s in-house creative agency, developed the campaign’s creative. Using QR codes featured in the campaigns creative, consumers will be able to download the app and use an applied code to shop from an array of gifts to send instantly to someone, all in one seamless mobile experience.

“Goody launched during a global pandemic and we wanted to debut our brand in the most iconic, romantic place in the world,” said Jon Allen, Creative Director at Goody. “With the biggest billboard in Times Square and a hundred additional touch points throughout the city, Goody shows how to send a gift with love across the city and country in a New York Minute.” 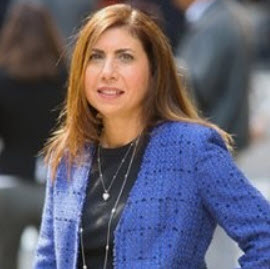 “The dynamic capabilities OOH offers are just one of the many reasons it continues to be top of mind for established and start up brands,” said Jodi Senese, Chief Marketing Officer at OUTFRONT Media. “With Goody utilizing both a highly instagrammable Times Square asset and QR codes on our street-level assets, the brand is directly connecting the IRL and URL experiences. We just LOVE it.”

OOH TODAY believes all voices, not just the loudest, must be heard 3205 posts 497 comments

How We Do Winter in Saskatoon

Bad Bad Passwords —Warning: This OOH has SALTY Language —Open and Read at your own…

Build Your Blue Sky Blueprint™ —Digital Out of Home Event