Catching a Can of Corn to Replace Budweiser in Times Square

The Jolly Green Giant will soon tower over Times Square 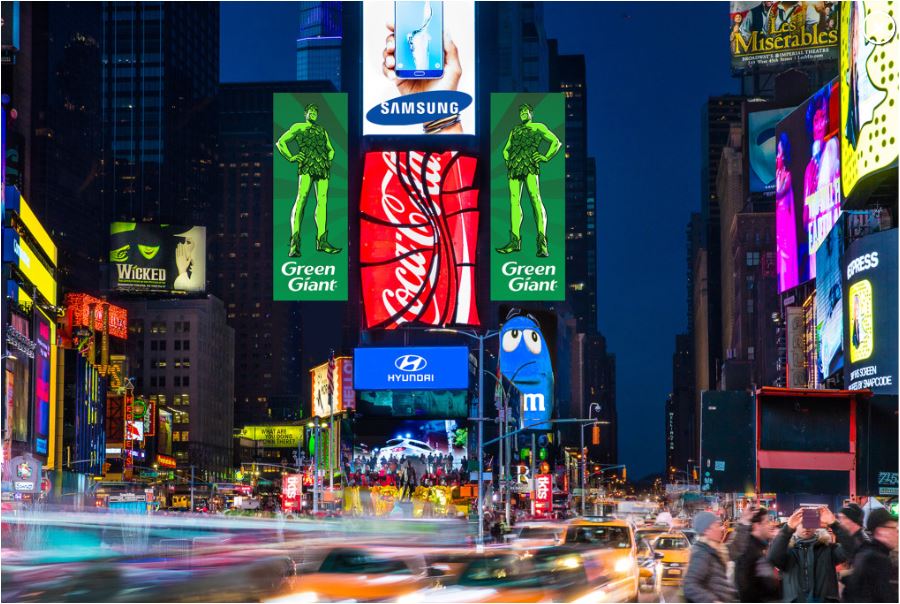 In baseball, a can of corn is an easy, very catch-able fly ball to the outfield. The term, ‘can of corn’,
came from the old days where the grocery store was located in a small building in the neighborhood
with limited shelf space. The food stock, like canned goods, towered in shelves high above, well out
of the grocer’s reach. When the shopper wanted something off the shelf, like a can of corn, the grocery
clerk would take a long ‘stick’ and nudge the can off the shelf, easily catching it into his apron. Thus
‘catching a can of corn’.  It’s a true story which our National Past time, baseball, adopted into its lexicon.

It is a stretch to introducing the story below, about a can food maker coming a long way.
The Green Giant brand, is going high above to Times Square, where it’s not an easy catch to
afford or buy premium placement.

Read Green Giant’s commitment to OOH as an iconic brand, who has been around for over 90 years.

The article in full by Keith J. Kelly, for the NY Post.

The Jolly Green Giant will soon tower over Times Square

B&G Foods on Thursday is set to unveil a pair of 90-foot-tall LED displays of the iconic frozen-food
pitchman — each of them gazing down from the northern end of the crossroads of the world.

The Green Giant’s Times Square comeback ends the mystery of which brand was going to replace
Budweiser, which in February made “last call” for its signs on the façade of 1600 Broadway
between 48th and 49th streets.

The placement doesn’t come cheap. B&G and Sherwood Outdoor, which owns the signs, won’t reveal
the ad spend, but the last occupant of the billboards, Budweiser, was said to be paying about $3.4 million
a year for a low-tech vinyl display. (Budweiser still has its own LED display at One Times Square.)

The Green Giant is believed to be paying north of $4 million.

Sherwood said that Coca-Cola, one block south on Broadway, is the reigning king with 90 years of history
on Times Square. The Green Giants will share the façade at 1600 Broadway with M&Ms.

“The visibility of the signs is unrivaled,” said Brian Turner, president of Sherwood. “You can walk anywhere
in Times Square and see the sign. It’s visible as far south as Herald Square.”

“What we set out to do was reinvent this iconic brand for today’s consumer, and what better place to
reintroduce it than in Times Square,” said Jordan Greenberg, vice president and general manager of
Green Giant at B&G Foods, which bought the frozen-food line from General Mills for $765 million in 2015.

B&G hired ad agency Deutsch to help reinvent the brand in 2016 with a $30 million ad spend. TV ad spots
on the Food Channel, Bravo and elsewhere that year were the Green Giant’s first TV appearances in
eight years. Last year, it even made its debut as a float in the Macy’s Thanksgiving Day Parade.

“The marketing needs to be compelling enough so that when people are in the aisle or searching online,
they recall the ad fondly enough to justify paying more for what might exist at a store-brand price,”
said Jessica Wohl, food reporter for the trade publication Ad Age. “For a tired category, they have been
doing pretty well.”

Since the B&G takeover, sales have been reviving thanks to new entrées aimed at appealing to younger
consumers and a marketing push. In 2017, sales for Green Giant frozen foods were up $33.6 million,
or 11.1 percent, over a year earlier, the company said.

“B&G is a smaller company, but they give it a lot more attention than they did at General Mills.
For B&G, this is huge,” said Wohl.

In 1999, Ad Age tabbed the Green Giant as the No. 3 ad icon of the 20th century, behind
No. 1 Marlboro Man and No. 2 Ronald McDonald. But As Gen X and millennials opted more for fresh fruits
and kale, frozen foods and canned goods on interior aisles flattened.” 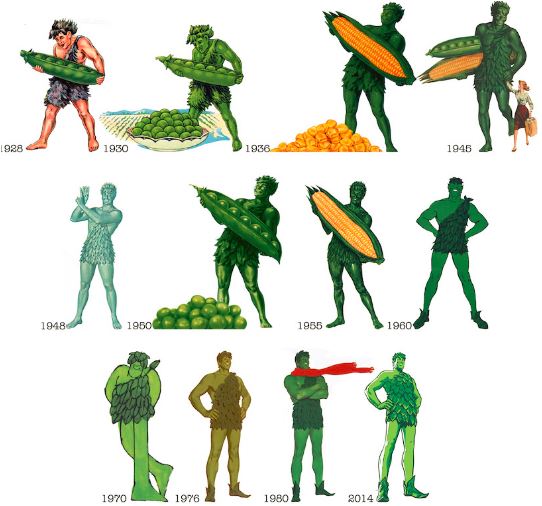