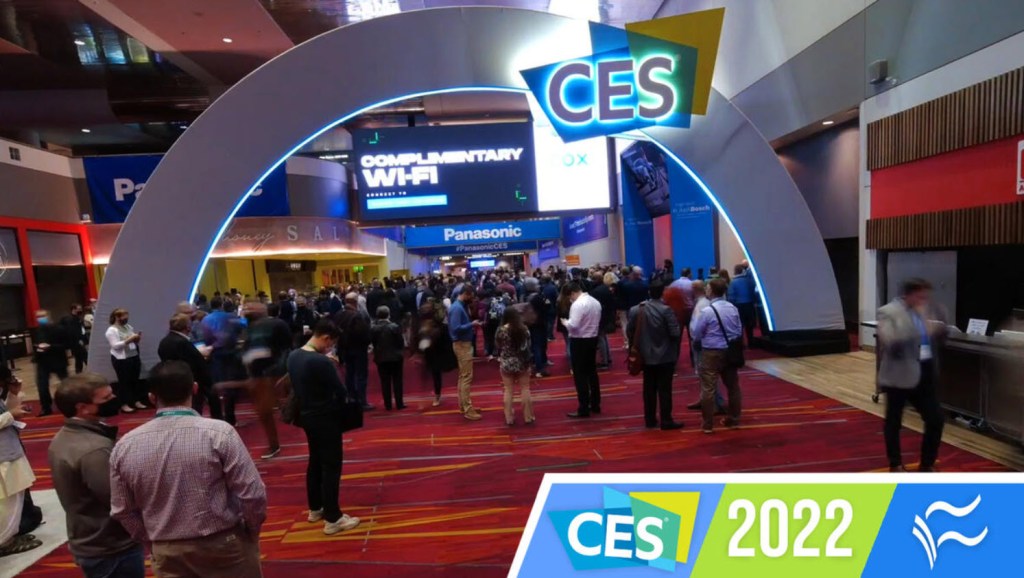 Right now I want to metaverse myself into Tommy Teepell and shout out “Happy New Year” in only the way he can.  But unfortunately I don’t have the equipment I will show you below, and so you’re stuck with me instead.  But kidding aside, Happy New Year and tremendous joy and prosperity in 2022 to you all.   I saw a quote the other day that I thought was a perfect mantra to dive into 2022 with:

“Don’t put off for tomorrow what you can do today, because if you enjoy it today, you can do it again tomorrow.”  James Michener

Not bad right?  Now a trivia question:  Its 1976.  I am 37 years old.  I made a small fortune selling outdoor advertising in the 1960’s and decided to bet the ranch on radio and television.  Oh yea, I also just paid $12 million for the Braves.  Who am I?

Okay Johnsen can we get down to business?  One of the things I look forward to the most in any new year is the Consumer Electronics Show (CES) in Las Vegas.  If you haven’t noticed before, as a failed electrical engineer, I love all things tech.  Vegas isn’t bad either in small doses.  Not sure if you noticed (or cared) but CES got absolutely decimated this year.  I can’t imagine how much money the show organizers (and the city of Las Vegas) lost.  I’d love to know if anyone has the deets.  Long short, after having to cancel the live show last year because of Covid, CES was hell bent on having it in person this year.  When Omicron decided to rear its ugly head in December (or when the media decided to scare the shit out us once again…but don’t get me started), the vast majority of participants and attendees pulled the ripcord.  Here is a quote that sums it up nicely:

“It was surreal,” said Martin DeBono, president of GAF Energy, who decided to follow through with attending in person to show off his company’s new solar roof shingle. “This was probably my eleventh year going to CES and the lack of crowds was bizarre.”   CES 2022: 5 takeaways from the giant tech trade show (msn.com)

When DPAA informed me around the 23rd of December that the curated tour was off, I also put my tail between my legs and bailed.  But, hey not all is lost.  The metaverse is here and there were plenty of futurists serving up their own versions of virtual curated tours.  I sat in on Jeff Minsky‘s (of the Myers Report) and Deidre McGlashan‘s and James Townsend‘s (of Stagwell Media Network) little 1.5 hour teams coffee talk.   Here are my crib notes:

And to lead us out with something different, how about some Foo Fighters?

Help us Help You by keeping the only Independent Voice for OOH.
If you read OOH Today via LinkedIn, thank you. To ensure you never miss a post
and keep unconstrained speech for the OOH/Billboard Industry,
click here to ⇒Subscribe to OOH Today