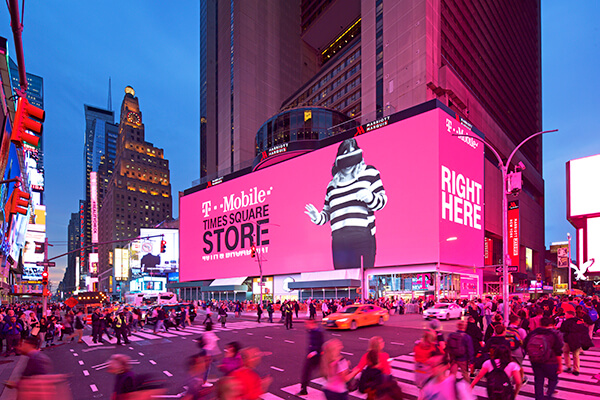 If you know anything about the Greek culture it’s that we generally run on something known as “Greek Time”. That means we’re not in any rush to get anywhere, to finish cooking, to get ready for company. We even eat dinner late. Yes, it’s inherent in our DNA that we run late. Sometimes very late. But have a seat, a Metaxa shot,  don’t sweat it, you’re now on Greek Time. We eventually show up, we really do. And we always bring food.

So where is the connection between Greeks being tardy and our industry of OOH media? Simple, similar to my family, OOH takes a freakishly long time to change, upgrade, modernize, and generally get to the finish line faster. Especially the static portion of our industry. In the past five years digital OOH has rapidly expanded, be it programmatic media buying, more units in easy to view locations, better quality screens, some with motion/video as well as sound. Digital OOH is quickly catching up to its traditional cousin by pure display numbers, it’s quickly evolving tech and ability to run copy less than one week.

But advertisers still love their big, bulky, static boards. And we need to accommodate them better. It’s been way too long since our last upgrade.

While digital complements the high percentage of static units here in the United States, static units still seem to be stuck in their own Greek Time. We still post and invoice most static copy for 4 week periods. Not in 2 weeks or 1 week like they are able to do in Europe.

4 long, outdated weeks. Most of that has to do with the printing, shipping and posting static copy. Talk about being on Greek Time, you can just smell that lemon, oregano, leg o’ lamb cooking extra long in the oven. You may not get served until 9 PM in my house. Likewise try rushing a print order of 10 vinyls or more getting them shipped and posted within a week. Posters maybe. Transit shelters and related 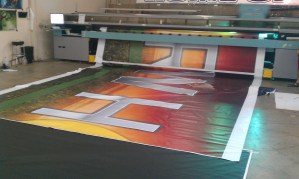 transit products, maybe. Depends on the material. But the bread and butter of our industry, static bulletins, are still stuck in the 1990’s, where they went from being hand-painted to being printed on vinyl in mass. But since that big upgrade what have we really done to push getting static products printed, shipped and posted faster? How many static media buys get moved to other media, or not even considered for OOH because of the timing factor? Sure that’s why digital exists and in many cases the budget dollars just get shifted over to digital units. But right now there’s just not enough digital units to cover the ground . And it’s not the same, a lot of large national advertisers simply don’t like to share their copy with seven others in the span of a minute. They’re greedy and I don’t blame them, they want to be the only guy on that structure. 100%, baby!

They’re greedy and I don’t blame them, they want to be the only guy on that structure. 100%, baby!

So how do we accommodate those buys better than we’re doing now? Sure you can run posters for 2 week periods, but if it’s time sensitive how fast can the OOH company get that copy down and or covered? How many gun show posters stay up weeks after the show has ended? 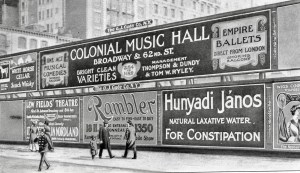 A while back, a company out of Michigan was patenting a product that could rotate static copy in the span of one second, like the old tri-visions used to, only much faster, and loaded with seven or eight different clients/ads. Is that an option or something similar that gives both the OOH companies and advertisers more flexibility on changing copy in a short period of time that isn’t necessarily digital? Is anyone in our industry really examining other methods of changing copy faster? Or do we just have the two options of digital vs static?

That last question brings us back to my family and ancestors. Had they cut back on stretching their Greek Time out maybe by just 20%, would we have eaten a little earlier, shown up faster for Greek Easter, gotten to that wedding on time? Probably, 20% really adds up because believe it or not there’s a lot of us Greeks that still run on Greek Time, that’s a lot of families running late.

that sad, little 4-5% number of where OOH stands in total

Likewise, there are a lot of billboard buys that run on the same time they did 20 years ago. This lack of urgency takes it’s toll on us expanding that sad, little 4-5% number of where OOH stands in total ad dollars spent in the US. Imagine if we could raise that number by 20% ? We will never budge it until we find faster ways to print, ship and post. With roughly 60% of the current OOH here in the states being traditional, static units, we are missing out. We are missing out on incremental dollars and expanding our advertising base. Sometimes we can scare advertisers away with our deadlines. 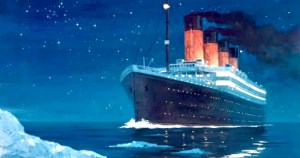 We are stuck in our comfort zone, we continue to press the easy button, we keep rearranging the deck chairs on the Titanic, hoping it’ll not crash into that iceberg. But it always crashes.

Maybe that’s why my mother always said “never forget, there were Greeks on the Titanic too”. Like the father always says in “My Big Fat Greek Wedding”, Greeks started everything. Including being on Greek Time.

I know that was a bit of a stretch, but when 60% of our industry continues to come in late to the dance, we can’t keep blaming outside forces. We’ve been fortunate enough to push and expand Digital OOH, but let’s not forget about that big elephant in the room.

See, you can thank the Greeks again for starting something new. Although as usual, we took our sweet little Greek Time.

OOH TODAY believes all voices, not just the loudest, must be heard 4885 posts 617 comments