Give that man a glass of Woodbridge! 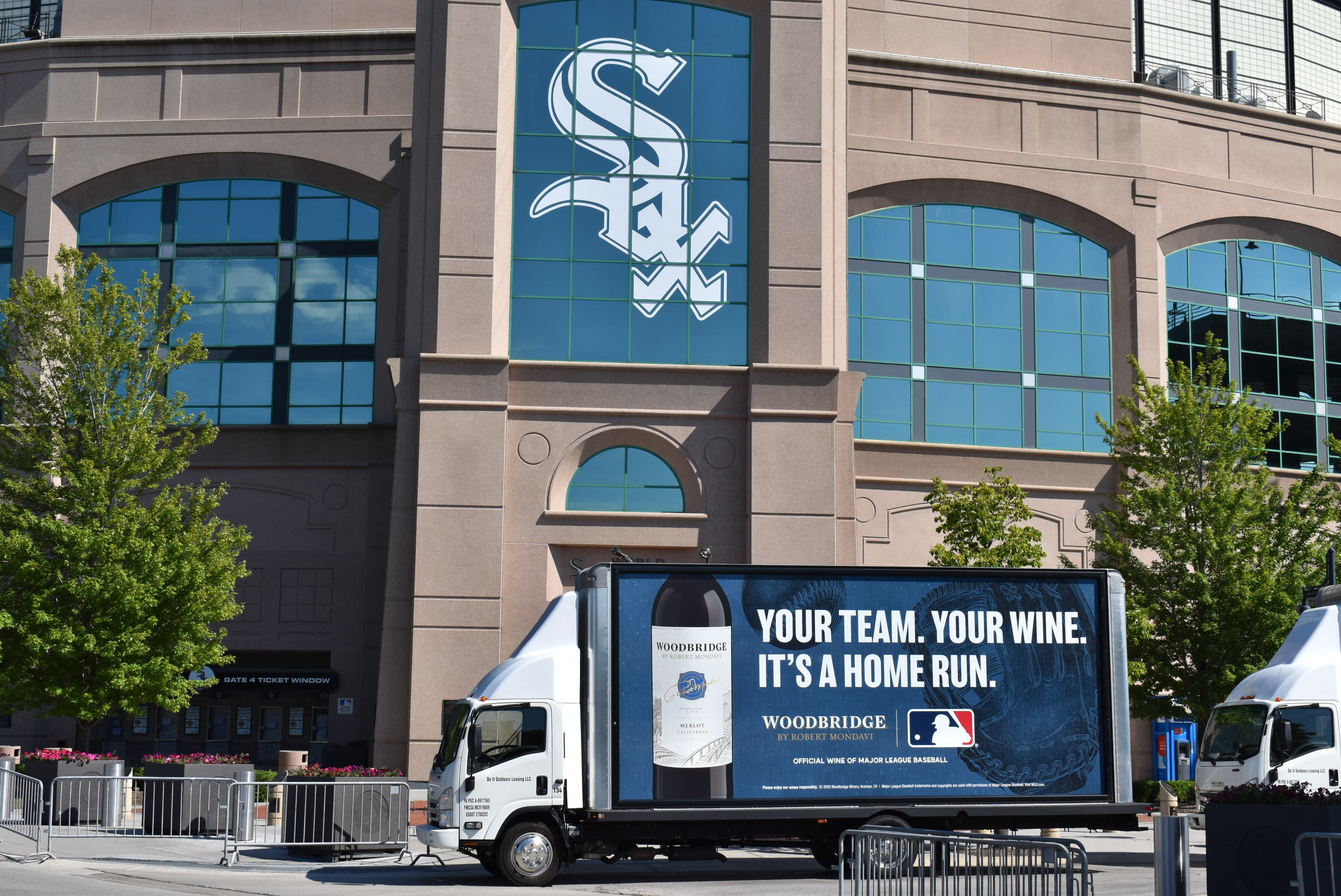 Major League Baseball may not be exactly the same this year, there is something which is for sure; Chicagoans love their teams. And from the old ball game to ushering in the new game era, is MLB sponsor Woodbridge by Robert Mondavi, the official wine of the league.

When it comes to baseball,  I am thinking hotdogs and a beer or two. But times are changing. Fans are changing. And tastes, well there is no accounting for taste. Or as we learned in our Latin class, De gustibus non est disputandum.  The Latin maxim meaning, “In matters of taste, there can be no disputes” (literally “about tastes, it should not be disputed/discussed”).

So when I saw these photos of Woodbridge Wine targeting ball parks in Chicago via do it outdoors media, all I could do is shrug off the ‘taste’ disparities and be happy for our OOH Industry. Now, while fans are left to enjoying the game from home, the can a beer is replaced with a glass of wine! Woodbridge wines.  As Harry Caray might have said if he were still with us today, ‘Give that man a glass of Woodbridge!’

The Woodbridge Campaign is running in Chicago right now.  Do It Outdoors has put together a fleet of Mobile Billboards targeting Wrigley Field, Guaranteed Rate Field and downtown Chicago.

Our friend Regis Maher tells us, when the units are parked, they crank up the mobiles’ built in speakers to play classic rock and Long Black Dress!  Maybe Von Tilzer’s and Norworth’s anthem could share the playlist every now and then.

The campaign included shadow fencing to push digital engagements and impressions. The mobile fleet were on the streets since August 12, the wine and the music will continue flowing until 9/13.

The Real Inside OOH Information For OOH Sales People Only