Constellation Brands is in Weed Business, OOH Buys Can not be far Behind

On August 15 of this year, Constellation Brands invested $4 Billion in Canopy Growth Corporation, a cannabis company. See the announcement here⇒ $4 Billion in Weed.

Constellation Brands, a Fortune 500 company, is a leading producer and marketer of beer, wine and spirits.  Constellation spends big dollars in OOH on its multiple brands like Corona beer, Ruffino wine, SVEDKA vodka and more. 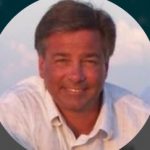 Ken Sahlin, Chief Executive Officer at DOmedia, wrote the enlightening article below on the implications of marijuana and OOH.

It’s a sign that marijuana advertising — which is already having a big year — is about to move from the back streets to Main Street.

This investment could have interesting implications for the out-of-home (#OOH) advertising industry.

OOH is particularly well suited to weed, since it is locally regulated, great for activation and building awareness, and low-cost when compared to other advertising options. Just look at MedMen. It spent $2 million on a campaign — largely featuring outdoor ads — in an attempt to de-stigmatize marijuana use.

Constellation Brands Inc. is the 12th-largest beverage company, per Statista, in the world by sales. It ha no shortage of experience using OOH to build iconic brands. The firm turned Corona into one of the nation’s most lauded OOH advertisers.

After being introduced in the U.S. in 1981, Corona Extra became the country’s fastest-growing beer brand. Its “Find Your Beach” campaign was overwhelmingly successful, making the beer and its advertising iconic.

In 2016, Corona received the The OBIE Hall of Fame Award, which was established by the Outdoor Advertising Association of America to reward brands that exemplify long-standing distinction in OOH advertising.

The real question is how outdoor advertising vendors will respond. Marijuana does carries a certain stigma, and some vendors are reluctant to allow marijuana advertising. However, the latest data from Pew Research Center states that almost six in 10 Americans support marijuana legalization.

That is almost double the rate of legalization support back in 2000, signaling that public opinion of marijuana is slowly headed in a more positive direction. In practice, there doesn’t appear to be much push-back so far. Billboardsin, a large online outdoor advertising marketplace, has successfully placed ads for five marijuana-based businesses in three months with zero rejections.

With public opinion of marijuana legalization at an all-time high and a Fortune 500 company investing big bucks in the industry, it’s only a matter of time before marijuana ads become mainstream.

Still, changes like this don’t happen overnight. It will be a while before you see marijuana ads during the Super Bowl, but it might not be too long before you see them on your walk to the neighborhood soup and sandwich joint.

Florence —What’s Next for Your Billboard?

This Digital Billboard is so Awesome it has its Own Name