Publisher’s note:
This commentary was first published by MediaPost via MediaDaily News. Thank you to the writer, Tony Jarvis, for granting permission for OOH Today to share with our readers. 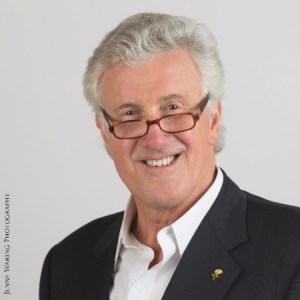 Is there a rift in the U.S. out-of-home advertising measurement industry?

The problem, from what I hear, is that the association did not involve Geopath, which has served as the out-of-home industry’s ad currency for years.

Geopath, utilizes a “likelihood-to-see” LTS, (also known as “eyes-on”) methodology that is based on decades of out-of-home media research that has served as the default global standard. The company, which was originally formed as the Traffic Audit Bureau in 1933, purposely created a more rigorous likelihood-to-see standard to raise the bar for U.S. advertisers vs. the variations of “opportunity-to-see,” OTS, or impressions measurement standards used by many competing media.

The timing of the OAAA’s new guidelines is odd, because it appears to be tone deaf to the evolution of other U.S. and global out-of-home measurement standards, including the U.S. Media Rating Council’s (MRC) and the World Out-of-Home Organization (WOO). The WOO is poised to announce an initiative to update ESOMAR’S Global Guidelines on Outdoor Audience Measurement today.

Even if the OAAA’s new measurement standards were “brilliant” — which sadly, they are not — it says something that they issued them without involving GeoPath or the MRC.

Meanwhile, its proposed “impressions” Guidelines appear to be a step backwards to a less rigorous OTS standard from GeoPath’s LTS OOH currency that has elevated the efficacy and value of out-of-home advertising above most other media.

A move to OTS impressions begs for the often-heavy discounting of OOH metrics that were rampant before TAB (now GeoPath) introduced Eyes-On. It also “permits” competitive media to use typically highly inflated impressions that generate no contact or exposure with the target audience and therefore cannot, by definition, generate any outcome from any ad campaign.

Brand outcomes can only be generated when an ad is seen, or heard, by the target audience and “empty” impressions or OTS, only misdirect marketing mix or attribution models as well as programmatic buying. So, the argument for use of “impressions” in these techniques is bogus.

The OAAA’s atrociously written, muddled, and flawed document generally ignores the Advertising Research Foundation’s long-established “Media Model,” as well as ESOMAR’s Global Guidelines. It includes various new bizarre terms, such as “viewshed!” Are you kidding me? This construct is known and established as “Viewability Zone.”

If “impressions” are really the way for the out-of-home advertising industry to compete more effectively, they could easily be made available via GeoPath’s existing database, which has worked so hard to gain the trust and confidence of advertisers, agencies, and the media research community at large.  The GeoPath Board should politely decline.

I can only conclude that the OAAA’s release is a misguided and a deliberate strike against GeoPath, as well as industry media ratings watchdog, the MRC.

The only question is why?

The views and opinions expressed are solely those of the contributor and do not necessarily reflect the official position of OOH Today or imply endorsement. Content is determined by our editorial staff independent of advertising, sponsorships or similar considerations.