Ever since I was around six years old my father had a nickname for me. It’s an easy one, not many letters and someday when you hear it you’ll look at me and say “oh yeah I see why, he really does just look just like that.”

But today is not that day for you to find out what my lifelong family nickname is. You see my father was in the motion picture industry most of his life, he was around all sorts of characters. He was also a Marine in World War II. Everybody had nicknames. Stagehands, dancers, projectionists, tough union guys, stand-up comedians, hack writers, advertising copywriters, stagehands and talent agents. My father was that guy who gave everybody their nickname. He also wrote books on how to open and run drive-in movie theaters where  he used to drive around in an open Jeep, smoking a big cigar making sure everybody enjoyed the latest drive-in he had opened. He once drove around the entire Midwest for a movie premier for two weeks with actress Nancy Davis, who went on to marry Ronald Reagan. When she became first lady my father would stare at the TV and just say “I can’t believe it I can’t believe it.” He had nicknames for everybody in our family, and out. When a family friend who worked in the industry with my dad for over 40 years was murdered in a movie theater hold-up, our dad looked at us and said “well boys, we’re going to have to retire that nickname”. Most people will never know what their nickname was, certainly poor Karl died without knowing his, that’s been bequeathed to just my brother and I and a few close cousins.

So when it came to giving his own two boys nicknames, I definitely drew the short straw. My greatest fear in life has been to walk into a reception at one of the industry conventions, be it DPAA or OAAA and have some really loud wiseguy scream out my nickname. It almost happened at the last live, no Covid restrictions OAAA Convention in Las Vegas, 2019. After leaving a post-dinner drink and cigar at the famous Baccarat Lounge in Aria, I was walking with a couple of buddies when someone from about 50 feet away in one of the big casino lobby bars stood up and in slow motion started screaming “HEEEEYYY…” that’s when life stood still for me. I thought for sure the next word coming out of this big man’s mouth was going to be my one and only, nobody knows it but about five people, terribly embarrassing, nickname. I was doomed. I would pee my pants, face would turn bright red, I would look away and hide among the rows of slot machines like I was 6 years old again.

Fortunately for my entire life, the next word out of that guys mouth was  “..it’s YOOOUUU”! Someone had recognized me for an article I written a few days earlier and thought it was very humorous, he started quoting it as I was walking by. Way more flattering than hearing your childhood “I will destroy your life” nickname. After I checked my pants twice I went over and had a nice chat with the young man with whom I finally realized I knew the guy through work. Embarrassing moment averted, I had dodged yet another moment in my life that my father had eternally burdened me with.

But now in my early 60s, father, homeowner, and full-time industry troublemaker, my dad got it right. When John Mellencamp’s song appropriately titled “The Authority Song” came out in the mid-1980s, I knew it had been written for me. And I think that’s what made me successful when I too went into the motion picture industry and then onto advertising. Ultimately, the out of home industry would be my final stop which is giving me this wonderful opportunity to entertain my colleagues once a week thru this column. I always say that OOH media and entertainment are a great combo. No matter what is on them we draw your eyes to them. 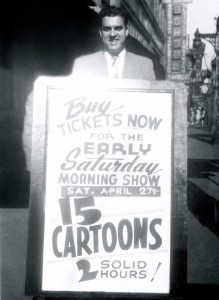 As I always tell people who say they enjoy my rantings, that I try and do two things; look at the lighter side of what we do and how we do it, and also to make a point. My point with this piece, the headline and my subsequent “I will never tell you until I’m on my deathbed nickname,” that if you really want to get ahead, be successful and make a name for yourself in this industry, then it helps to have the qualities of a real brat. You have to break some rules, you have to upset some people, you have to occasionally throw a dead cat into the room. You have to be a brat. Just don’t do it while you work at Clear Channel, been there.

Sometimes, just not all the time, be that brat. I’ll be the first to attest that I’ve taken that phrase a bit too far in most of my positions. But it’s the only way you’ll be able to try new things, test out new concepts, maybe even new tech. Maybe, just maybe, if you’re lucky, have something named after you. I doubt anyone will name anything after me, but if they do, I hope they use the nickname my father gave me. Now that would be a testament. 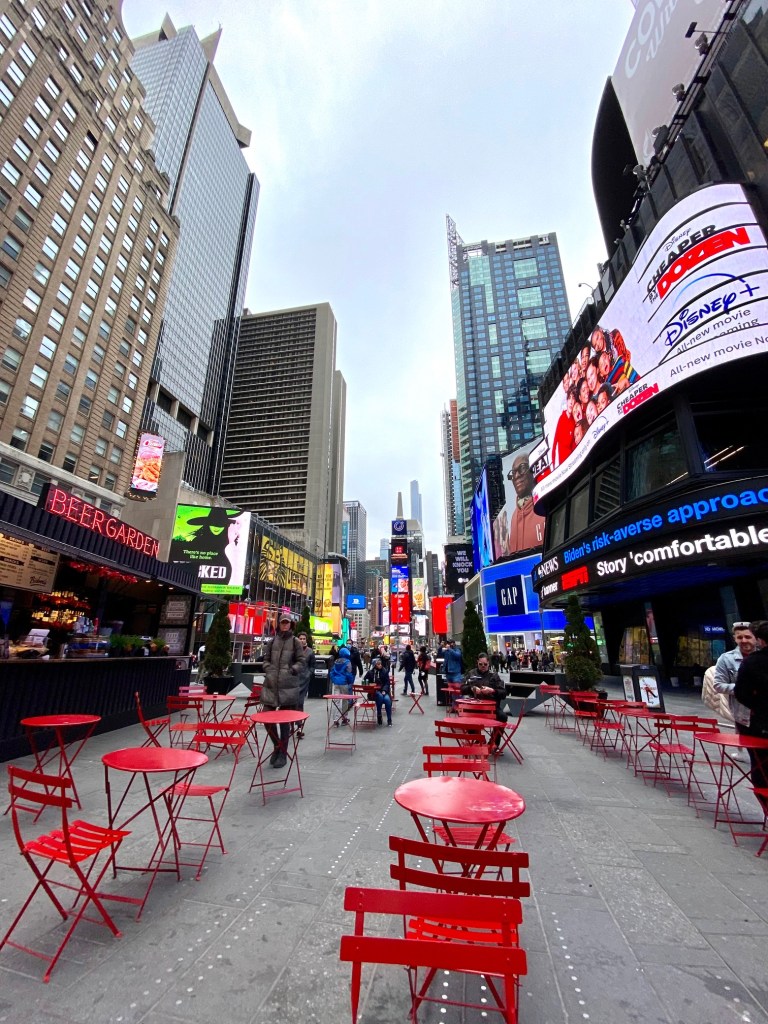 I’ve always said there’s a terrific correlation between a large movie screen, whether it’s indoor or outdoor, and a large billboard, be it static or digital, inside or outside. Both are incredible visuals, both, through advancements in lighting, picture and sound, have evolved over the years. The more eyeballs that see DOOH and OOH media, the more money that display earns. The more eyeballs that see a motion picture on a big screen, the more that movie earns. Not to mention selling popcorn and sodas.

Speaking of brats, there’s a family rumor that our uncle Nick Coston who came over from Greece later in life in the 1940s, could build and fix anything. The legend goes he invented the popcorn machine so theater owners could pop their own popcorn, not buy it from some mobster and make it themselves. He even looked like a brat. 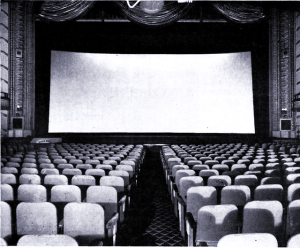 And of course what did they have surrounding the inside of their magnificent drive-in theatres? Billboards.

As we kick off 2022, these visual mediums are making a welcome comeback. Imagine walking through Times Square and there are no big images, no big digital billboards, nothing to grab your attention. It would be like going to a movie theater but nothings playing on the screen. Just blank. Enjoy your popcorn, ma’am.

If you’re looking to push the industry you are in, it helps to be a brat. But not too big one they keep kicking you out. Just enough so they realize you bring something new and exciting to what we do.

And for those of you who are obsessed with what my nickname is, it’s not “brat”. That’s way too easy.