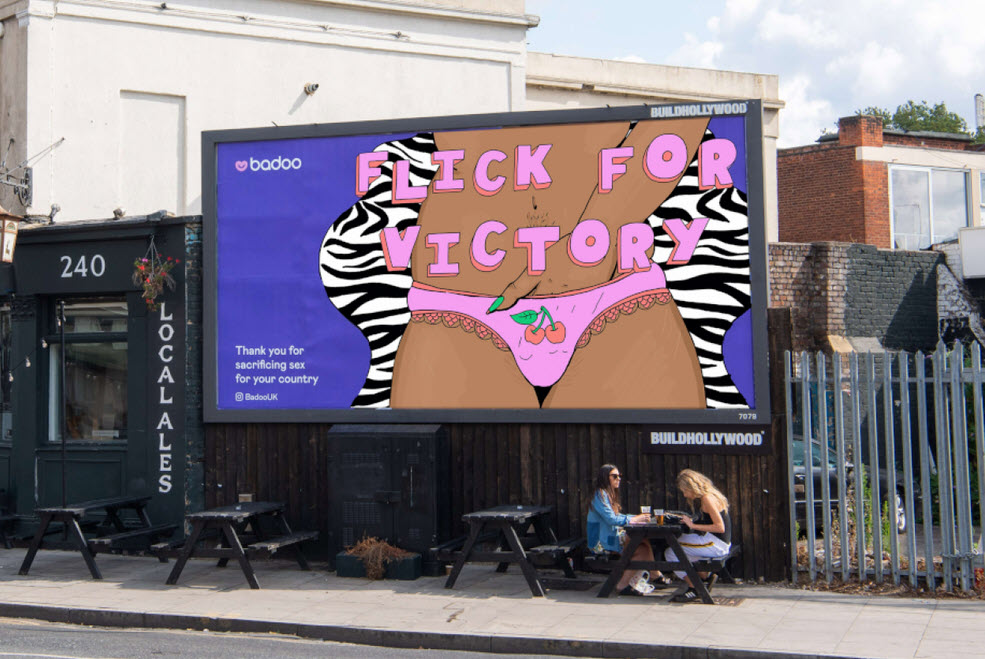 As all of us in Out of Home are painfully aware, this pandemic has kept everyone at home. If you are single, apparently the pain is even greater than if you are cohabiting. Though locked-down in the house with your wife or husband is no bed of roses either, as I am sure my wife will attest.

From Mask Debaters last week to Masturbators this week, it’s all becoming too much.

Dating app, Badoo, which runs one of the world’s biggest online dating communities with over 450 million users, is recognizing the singles living alone with a series of OOH messages to celebrate the nation’s masturbators. Yep, masturbators. Those individuals ‘who have selflessly resisted the call to have sex during the global pandemic’.  The campaign consists of billboards in London and social media.  Going it alone, according to research by Badoo, is an admission by 37 per cent of the population.

You can read about the details and view more creative if you are so inclined, from B&T Magazine⇒ Dating App Thanks Masturbators

OOH TODAY believes all voices, not just the loudest, must be heard 3335 posts 506 comments

Time to Break Up With Your Couch: DPAA —Brands, DOOH, and Consumers Embracing 2021’s…

CACTI Launch and the Billboards that Made it Possible

Capturing the Expansive History of Out of Home—Duke University…