Don't Miss this if Out of Home is Your Profession 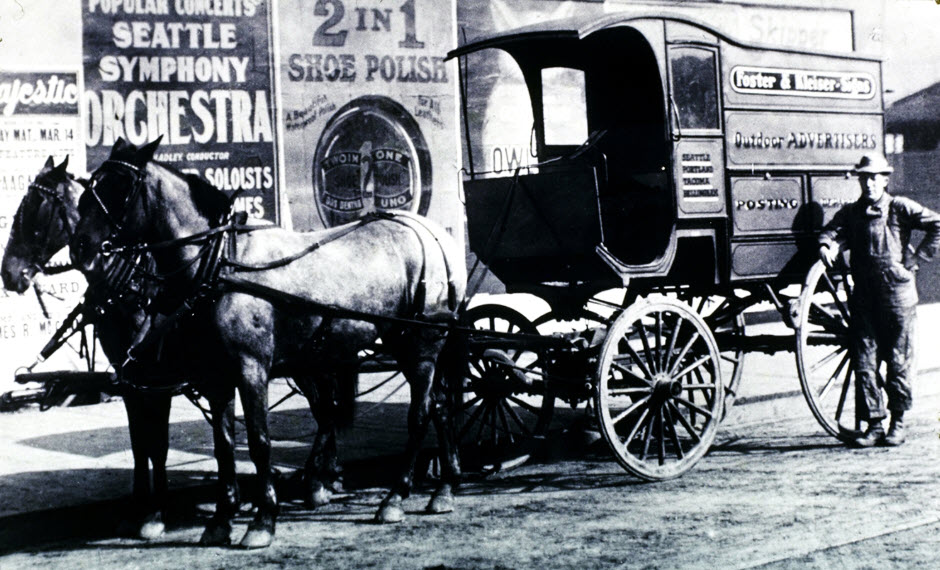 I discovered a chronology of Outdoor Advertising recounting the history of OOH through the lens of Foster and Kleiser Outdoor.  You will want to read this if Out of Home is your career.  It is an amazing narrative of Foster and Kleiser, which is today’s Clear Channel Outdoor, while listing milestones in #OOH.
It covers more than F&K or CCO.  Be sure to move past the initial descriptive dialogue, some of which we have removed for brevity, and go to the chronology section starting in 1871 with photos of Walter Foster and George Kleiser.

It lists remarkable moments in Out of Home history citing ‘firsts’ in Outdoor Advertising. Firsts, like the introduction of 24 and 30 sheet posters, the standardization of structures, illumination, mapping, transit, the bombing of a plant office by 60’s underground antiwar Weatherman, computer painting and formation of  #OAAA and TAB, now #Geopath.

Leave ample time to read, as its long, yet full of detailed information on the subject as OOH professionals we love.

FOSTER and KLEISER – The History of Outdoor Advertising

It has been one hundred years since Walter Foster left the bicycle racing sporting life of San Francisco to begin selling outdoor advertising space for Thomas H.B. Varney in Oakland.
He met dentist George Kleiser a year later in 1898. The two young men became friends and were soon planning an outdoor advertising partnership which became the Foster and Kleiser Company.
The attached chronology notes some of the significant company events occurring since then. It includes years of operations by the founding Foster and Kleiser partners-and later owners-the W.R. Grace Co., Metromedia, Patrick Media, G.E. Capital, to the present Eller Media Company.
This historic time line, spanning the days of Walter Foster to Karl Eller a century later, was first compiled in 1986 and has been updated to 2005.

A CHRONOLOGY OF COMPANY HISTORY