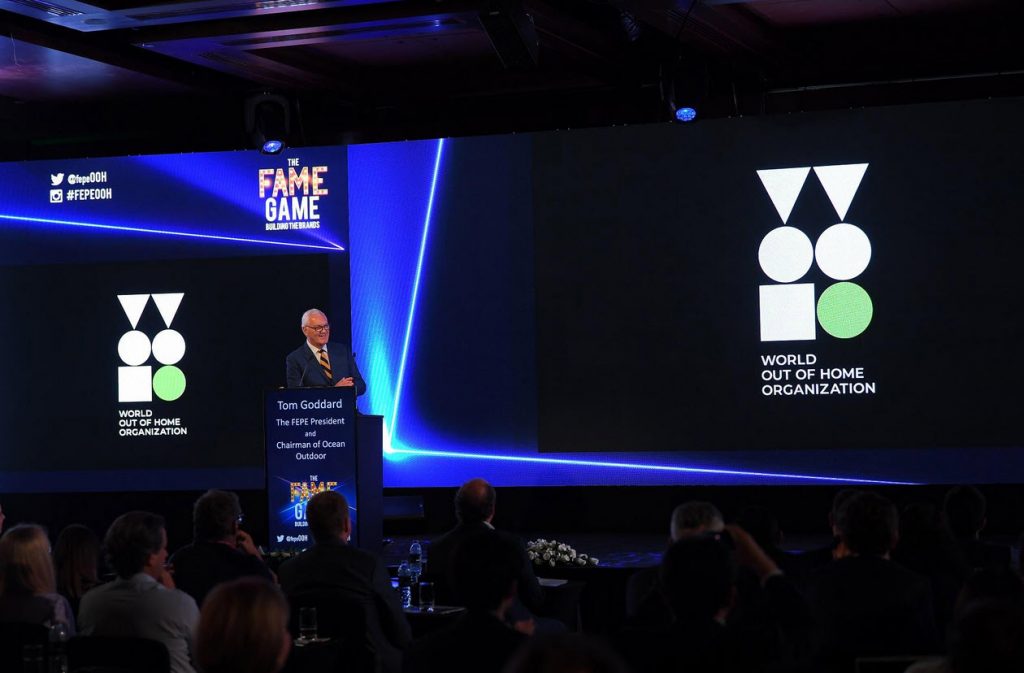 FEPE Changes Name to World Out of Home Organization

Just when we are becoming comfortable pronouncing, FEPE, (Federation European Publicite Exterieur) Tom Goddard, President of the FEPE, announces at the meeting of the 60th Annual Congress to rebrand as World Out of Home Organization #WOOHO at the FEPE/WOOHO conference in Dubai this week.

We’ll work on the correct pronunciation of WOOHO and get back to you.

Congratulations to the organization formerly known as FEPE International, now #WOOHO, on your rebrand!

Here is their press release announcing the name change below.

FEPE International to rebrand as World Out of Home Organization

FEPE International, the global organisation representing Out of Home media owners, national associations, specialist agencies and suppliers to the industry, is to rebrand as the World Out of Home Organization.

The move, to reflect the changed nature of the Association from a European-based entity to a genuinely global body, was announced at FEPE International’s 60th Annual congress in Dubai on May 1-3.

FEPE International President Tom Goddard says: “It’s fitting that this change is announced at our 60th Annual Congress, a record-breaking event with over 400 delegates from across the world, held outside Europe.

“Moving on from FEPE is like saying goodbye to a much-loved old friend but Out of Home is a truly global and rapidly-changing industry in 2019 and moving from FEPE to the World Out of Home Organization reflects these seismic changes.”

FEPE (Federation European Publicite Exterieur) was founded in Paris by French outdoor pioneer Jacques Dauphin 60 years ago and initially comprised the national outdoor advertising federations of France, Germany, Belgium, Finland, Italy and the Netherlands. It now has members (including many national associations) from the US, UK, Australia, Latin America, India and China.

The new name, logo and other related visual materials were developed with the help of UK brand consultancy Heavenly.

Heavenly CEO Richard Sunderland says: “Heavenly was engaged to help modernise the FEPE brand, ensuring it better reflected the unprecedented level of innovation that is now transforming the Out of Home sector.

“The name itself had become an acronym that not many could decode, even among the membership, and one that did not truly reflect the international role the organization now plays.”

FEPE International will transform to the World of Out Home Organization over the coming months.

OOH …Here’s One Thing by Jim Johnsen Off This Week