Beauty and the Burger 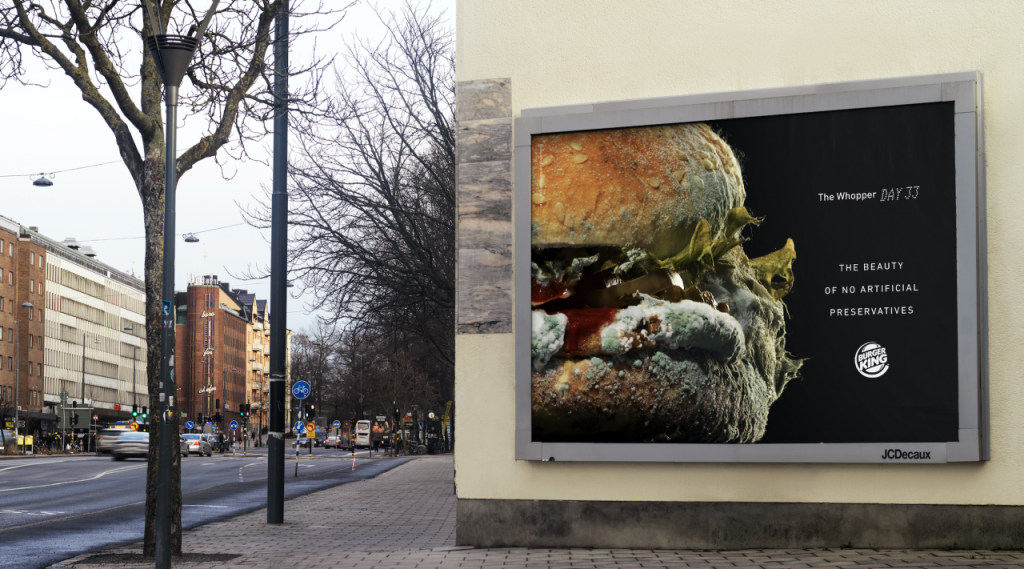 And just when we thought the Burger Wars could not get any weirder, see yesterday’s story here⇒ This Subtle McDonald’s Creative Makes You, Burger King comes out with an OOH campaign touting its ‘beauty of no artificial preservatives”. Or are they?

See the examples of a decaying, moldy burger as part of an effort by BK to reveal their “remove of artificial preservatives from the Whopper and other food products”. The ‘King’ says that it has “achieved a milestone by removing artificial preservatives from the Whopper sandwich, in most European countries and select markets in the United States”.

“We are asking people to put those (cigarette) in their mouths”!

BK has achieved a milestone alright. I have not seen anything like this in 40 years of #OOH. It reminds me of a tobacco rep on a market ride, many years ago, concerned about the cleanliness of the poster trim: His comment, “We are asking people to put those (cigarette) in their mouths”!  My how things have changed.

The moldy creative draws one in pretty quickly. What happens next?  The difference between the cash register ringing and the hardware handed out is sometimes a great divide.  We’d love to see the month’s receipts.

We bring you the ‘moldy Whopper’. 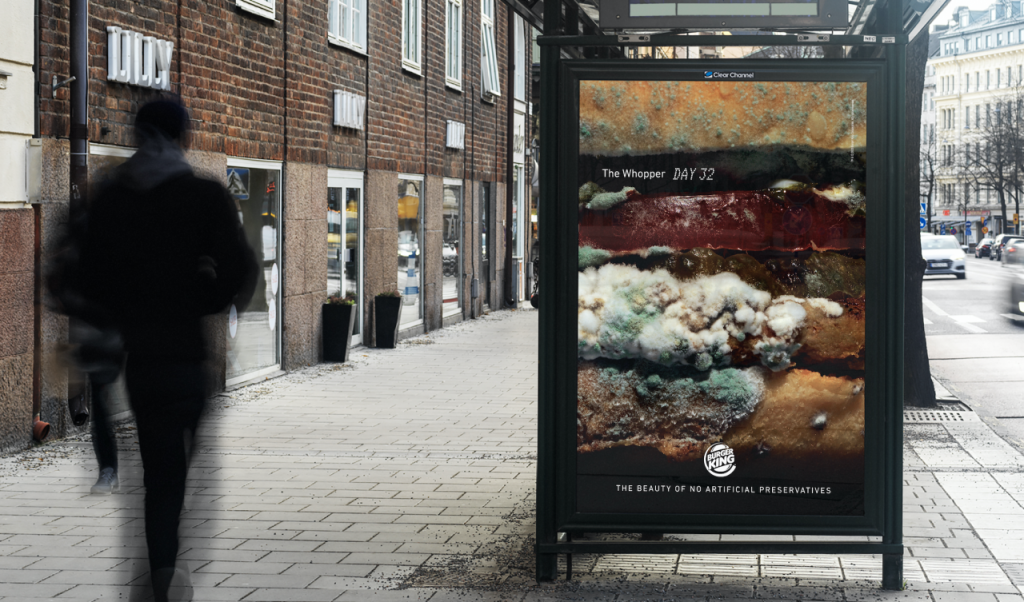 Beauty is in the eye of the beholder.  And while OOH Today is declaring this campaign DOA, our similar past pronouncements have assured an OOH Creative Award for the campaign we criticized.  As we pass detrimental judgement on this Burger King work, watch the future for a winner-winner, moldy whopper dinner award to be nominated soon.

What is your take? Creative award winner? or consumer turn off?

For Salespeople in OOH —Cohoot