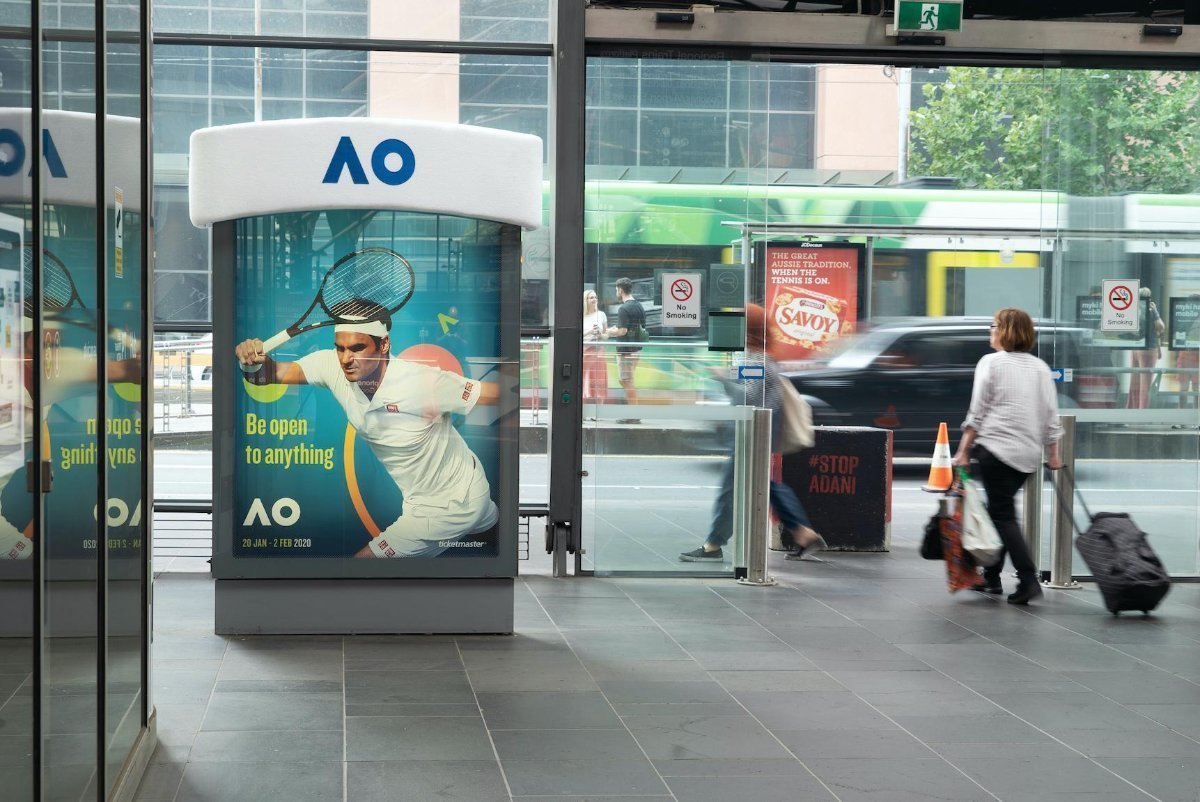 Here is another clever execution for street furniture which has come to our attention.  I know we seem to have shared a greater number of street /transit formats as of late.  I don’t know if street furniture has become more creative or if it has found a way to find me more often. The powers of digital online.  Maybe it’s because they are sending us more releases and photos than the ore traditional OOH owners. Regardless, street furniture has been appearing in OOH Today more than usual due to its outstanding creative.  This example below is very simple and effective for the sports/tennis fan.

JCDeaux’s message for the Australian Open tennis tournament, ‘Be Open to Anything’,  defines precisely what they were with their special, custom creative of their Melbourne Citylight displays. Wrapping the ‘head’ of their street furniture with custom terrycloth head bands with the Australian Open logo embroidered on them, brought the on court images of the year’s first tennis major to life in an added experiential touch.

Tennis Australia Chief Marketing and Insights Officer, Josie Brown, said: “The Australian Open is known globally as the ‘happy slam’ and we wanted to find a way to demonstrate our playful personality to everyone in the city of Melbourne. We hope this fun outdoor installation raises a smile and encourages people to get involved in the summer of tennis.”

JC Decaux Head of Creative Solutions, Ashley Taylor, said: “We really wanted to create something memorable for commuters, and something that would play directly into the personality of this great tournament. We’ve placed the panels in high foot traffic areas in Melbourne’s CBD to ensure they receive maximum exposure and we’re really encouraging sports fans to come and check them out – it’s a great photo opportunity.”

“This is the first-time that JC Decaux has created something like this for the Australian Open and we are so excited to be involved with such an important event on the national sporting calendar.”

The 4 panels were on display prior to the Australian Open through February 4.

Zenith was the media agency.