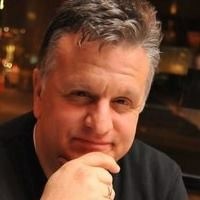 Originally, I was writing a piece to appear yesterday. I had planned on it starting out it with my mother and I flying out of Chicago, through Montreal and on into Paris. From there we joined a tour group with some friends and headed down to the south of France, to Cannes. The point of the story was going to be that this took place in 1973, it didn’t take place a few weeks ago where many of our lucky industry colleagues got to meet up and enjoy The French Riviera.

But I didn’t like the way that story was going, because as I was writing it, I kept seeing social media posts, mainly on LinkedIn, about what grandiose times everybody had at the Cannes Lions International Festival of Creativity, some going on a week after the fact . Photos of happy ad peeps, tanned of course, men wearing those shirts that you don’t tuck in, most people holding a drink. But there I was, trying to compare my eighth grade graduation gift of going to Europe with my mom in 1973. Something just wasn’t matching. Especially my shirts.

It just hit me that by now we should be over reminiscing about not see each other for two plus years. We get it, please stop beating that dead horse. It’s nice to get back together, it’s nice to have a few drinks, it’s nice to sit and listen to famous industry people pontificate about our work, even if we don’t understand the point they’re trying to make. But after a successful Digital Signage Week last fall in NYC, a highly successful and well attended GeoPath/OAAA Conference in early May, followed by a rousing World Out of Home Conference in Toronto, not to mention a very well attended DPAA Summit Canada, it’s a little redundant to keep reading about how great it is to see everybody again. We understand by now.  Chances are good, you just saw them the week before, or the week before that, or even way back in the fall. Holy cow, I know deep down you don’t like each other that much that you have to keep repeating the same laurels.

You know what bothered me the most?  Since you asked, I’ll tell you what did. What stuck in my crawl were a few executives, who documented from the time they boarded their plane’s here in the United States to who they saw on connecting flights, to who they met up with the second they landed in Nice, to the first drink they had in Cannes. Same guys. Same smiles. Every photo. Usually with the same clients or colleagues. Did I say that it was all men, puffing out their chests, showing off that they don’t need to wear socks with their shoes, because well, they’re Miami Vice cool? Same guys, always making sure to appropriately “tag” others to make sure they get their contact points in. And these aren’t your run-of-the-mill sales-people. These were CEO’s, Presidents and VP’s, many of which were companies I’ve never really heard of or done business with. It’s like the Super Bowl, when you see ads for brands you’ve never heard of, you never see them again, but it’s their way of getting noticed, it’s their way of saying “look at me” on a grand stage.

That’s what Cannes 2022 looked like to me, one magnificent cocktail party, over 5 days. Some of them even took photos of their return trips as if to say look at me one more time, I can still walk and talk, now I’m returning back to the homeland, a hero’s welcome from Party-ville. Huzzah!

What I also noticed was a few more, well-known to our industry types, who did post about meetings they attended, things they learned and even some deals they put together. Shocker, they talked about work. They didn’t brag about it with cheesy selfies. And they also acted the same way at the previous conferences. Professional, friendly, but sharing what they learned, who they met, and what they were taking back to their colleagues.

I understand that festivals such as this can be overwhelming. There’s a lot going on, there’s a lot of people and a lot of events to attend. But I can’t stop thinking of that line of “have and have nots”. Someone even had the gall to write on a post “I wonder what the poor people are doing tonight”.

Well, I’ll tell you what we were doing. We were seeing your rather ingratiating posts and pics, many of which are still being posted, well after the festival had ended. Just rub it in our faces, why don’t ya.

By now many of you have read enough of my drivel to know that I’m a fan of inclusion, that everyone should feel valued, for their uniqueness and and a sense of belonging. I don’t see that coming out of this last big event.

Remember the phrase “look at me”. That type of grandiosity is not as flattering as you think.