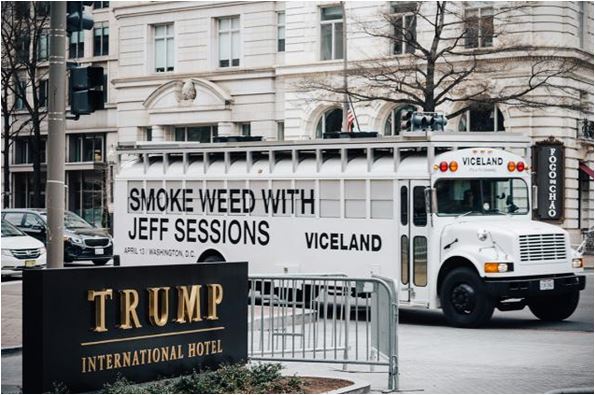 Out-of-home up in New York and Los Angeles.

In addition, an event in Washington, D.C., yesterday, was held where fans can “Smoke Weed With Jeff Sessions.”  Its not the anti-marijuana attorney general, but a dude from Wisconsin with the same name. Yesterday at 4:20 p.m. at a secret location in the D.C. metro, an event which included a session of smokin’ with Sessions, a tour the Viceland bus and free giveaways. Weed was not included. The Viceland bus was driving by prominent locations in the nation’s capital promoting the event and the show. 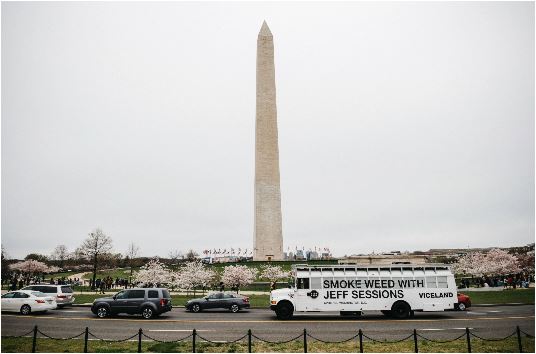 Medical marijuana has been legal in Washington D.C. for almost 20 years, and in November 2014, voters in D.C. legalized recreational marijuana for adults 21 and older ⇒  Weed is Legal in DC

A Disturbance in Out of Home- Monday, April 16