A Disturbance in the 'Out of Home Force' 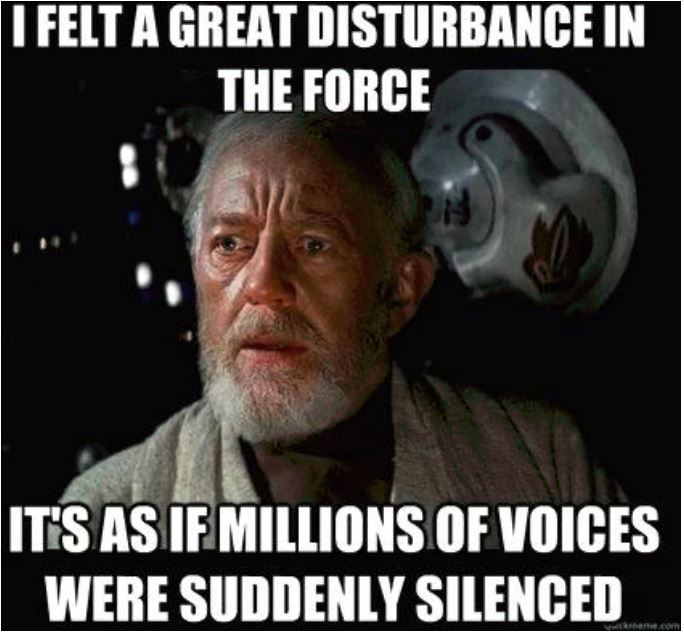 Out of Home is a great ‘Force’.

OOH is the oldest ‘Force’ in Media.
Before newspapers, before radio, before TV and the internet, there was Outdoor Advertising.
The last two weeks have seen great disturbances in the ‘OOH Force’.  You may have felt them.
One of them happened earlier this week, causing a change in the ‘OOH Force’ after 18 years.

Below, is news of a significant change which recently came to our attention at OOH Today.

Buntin Out-of-Home Media, “after several months of open discussion internally”, announced this week Howard Greiner, President, will leave the company, making the decision to pursue new opportunities, “which he feels is in his best interest at this time.”  The Buntin Group, CEO, Jeffrey Buntin Jr, offered his support of Greiner’s decision, indicating he will be missed while recognizing his “years of extraordinary leadership”.  Greiner’s last day will be May 4.

With the announcement, it was shared, Mark Young will join as EVP/Managing Director of Buntin Out-of-Home Media and GeoTrak HyperLocal Media, effective April 23. Young’s role “will have the top most leadership responsibilities for the organization.”  Young’s experience is  SVP/CMO level with Darden Restaurants, Ruby Tuesday, MAPCO Convenience Stores, and Arizona State University. He has been a former client of Buntin Out-of-Home and is said to “intimately know the value Buntin seeks to bring to the clients through out-of-home.”  Young’s qualities were described as capable in “serving the organization as they seek to innovate and grow opportunities in the future”

Both Greiner and Young will be with Buntin concurrently for a short period to ensure the “transition will be positive and seamless.”