Unlikely Bellwether of Smog in Warsaw

Smoke on the Dragon —Fire in the Sky

A spectacular information campaign was launched on large-format LED screens at the Marriott Hotel in Warsaw. Thanks to innovative technology, thousands of people passing through the center of Warsaw are warned about smog – a threat that we do not notice, but at the same time, significantly affects our health. 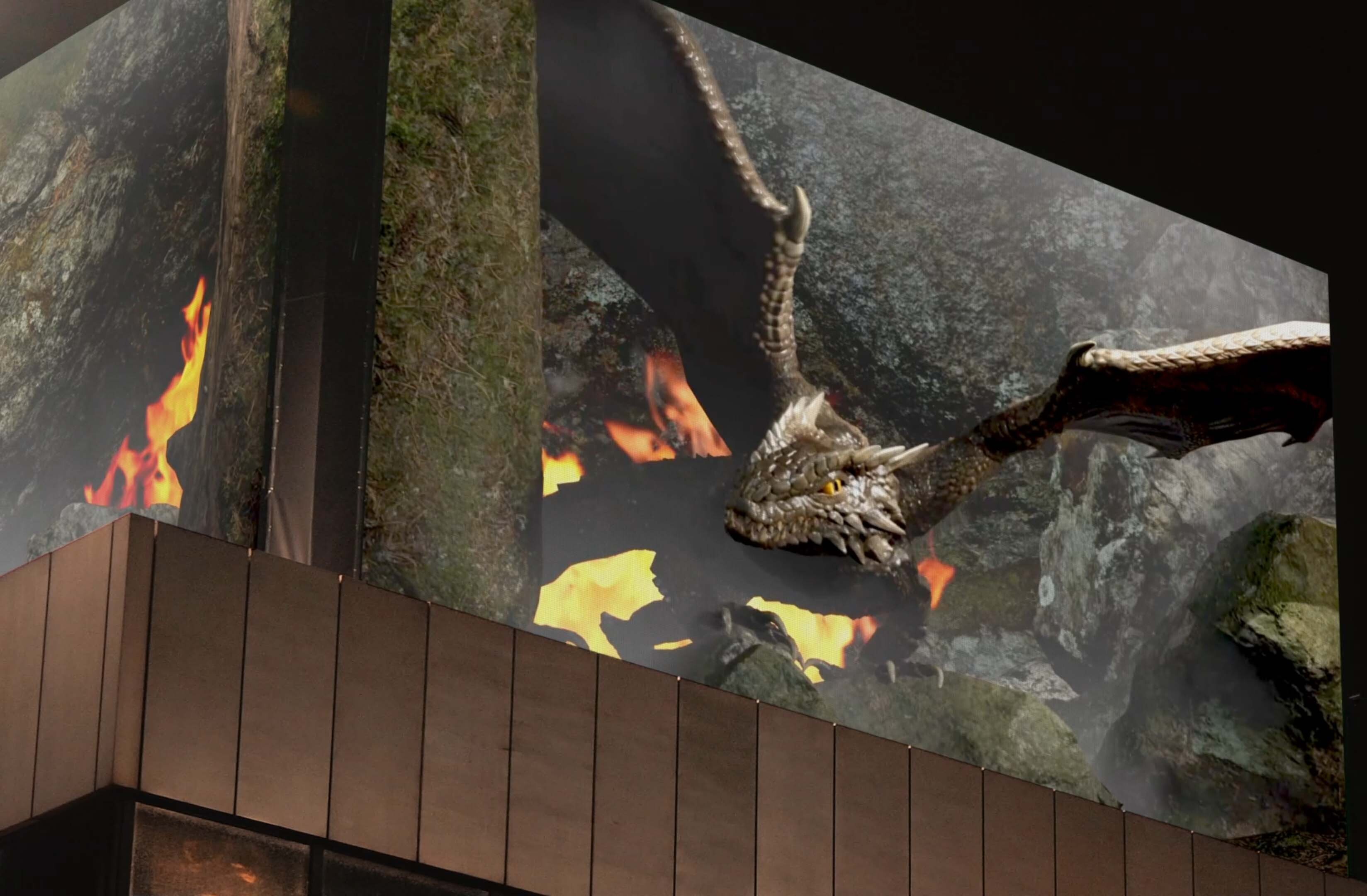 The creators of the campaign combined 3D animation with real-time data. The animation appears when ideal air quality index worsens. The smoke around the dragon thickens as air quality levels decline, which shows how densely polluted the air we breathe is. 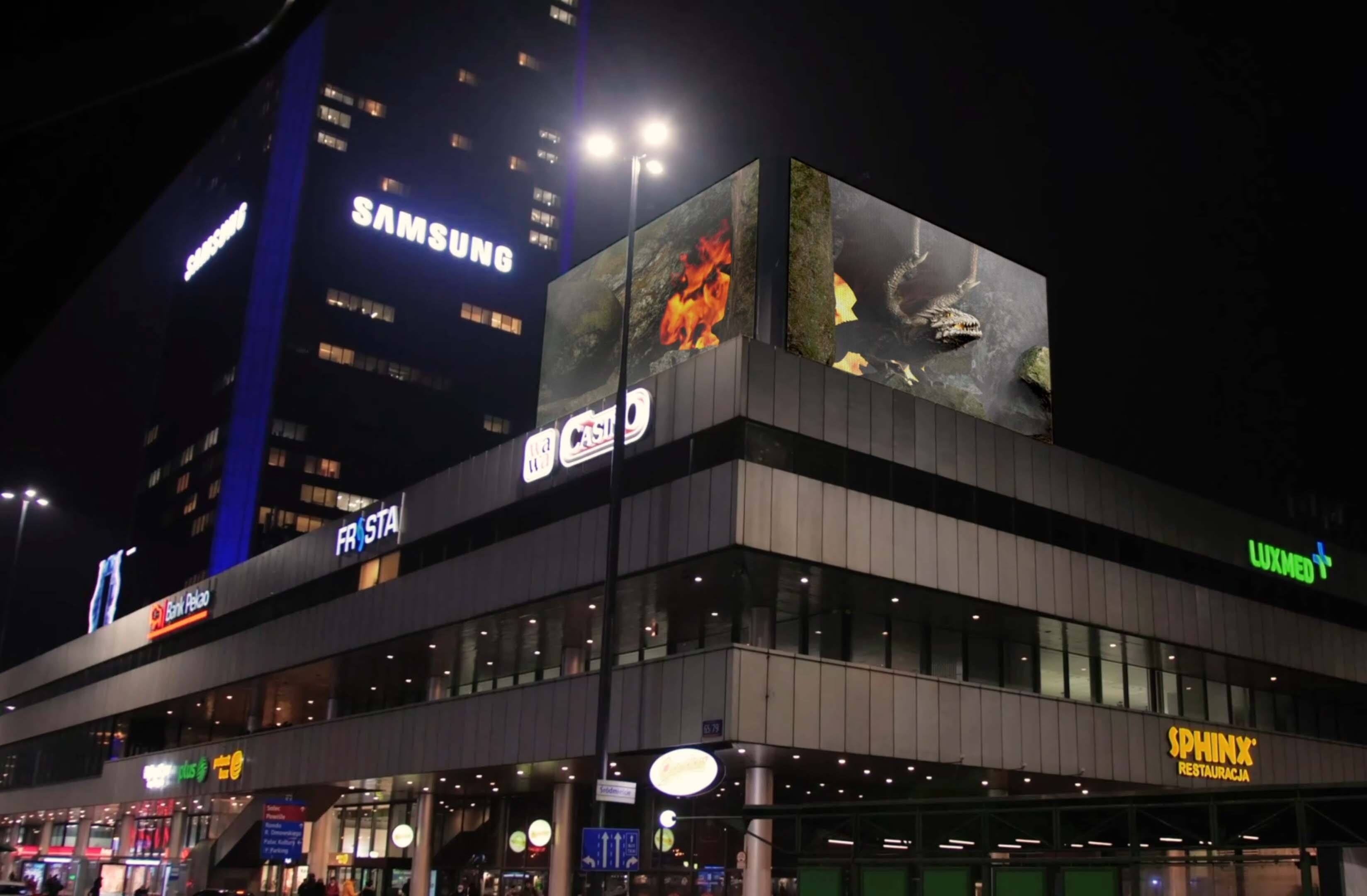 The creative idea was based on presenting a creature whose senses are much more perceptive than that of humans, which allows it to detect an invisible threat much faster – explains Damian Rezner, COO of Screen Network, the company responsible for creating this campaign.

The animation’s appearance depends on the current air particle readings from a nearby measuring station. 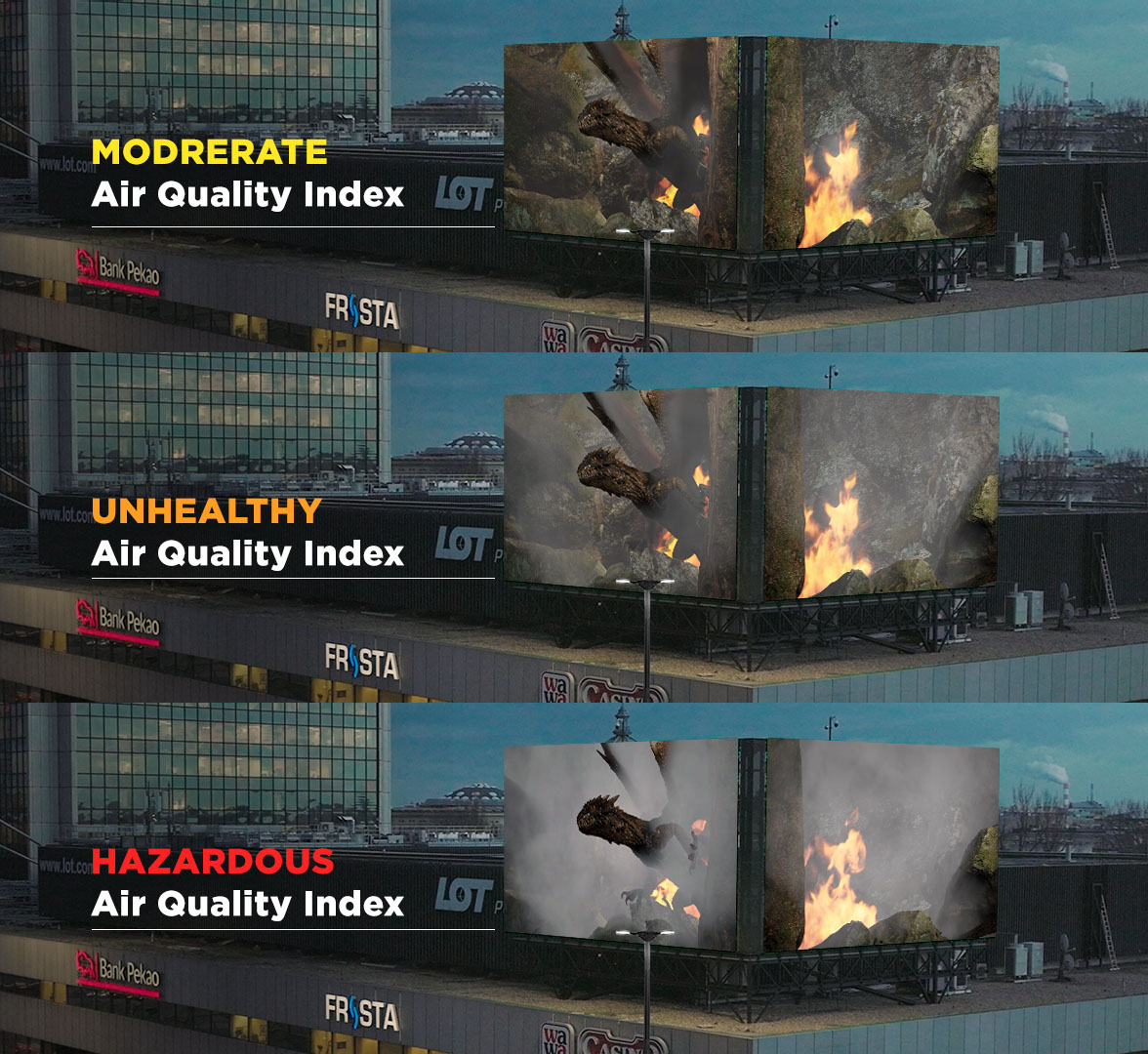 The smoke accompanying the dragon was created using the ‘Unreal Engine’, known through the production of computer games. It enables modeling of the virtual world in real time – explains Damian Rezner. We use current readings of suspended particle levels and translate it into real-time via the smoke surrounding the Dragon. The worse the air quality is, the thicker the smoke becomes. Thanks to this process, we were able to visualize a threat invisible to the human eye.

Many people are unaware that the air they breathe while walking for leisure or on the way to work can be bad for their health. Smog is a threat that is often unseen, but has a real impact on our health. Sore throats, coughing and difficulty breathing are symptoms that we have to deal with because of air pollution. These ailments also plague the dragon. He doesn’t feel well either when his space gets smoky even though it is his natural environment. Irritated, he breathes fire, and thanks to his heightened sense of smell, he can detect bad air quality very quickly and warn people near the screen.

Screen Network manages the largest network in Poland (over 20,000 screens), which operate within a single, integrated IT system. Every day, messages displayed on Screen Network advertising screens reach over 6 million people. The company specializes in implementing innovative, award-winning Digital OOH campaigns. It provides full service – from campaign planning, through implementation, to reporting and measuring results. Our portfolio includes both large-format LED screens and curtains located in the center of the largest cities, as well as screens in shopping malls, gyms, railway stations, airports and gas stations throughout the country.

25 Years and do it outdoors Welcomes 2nd Generation