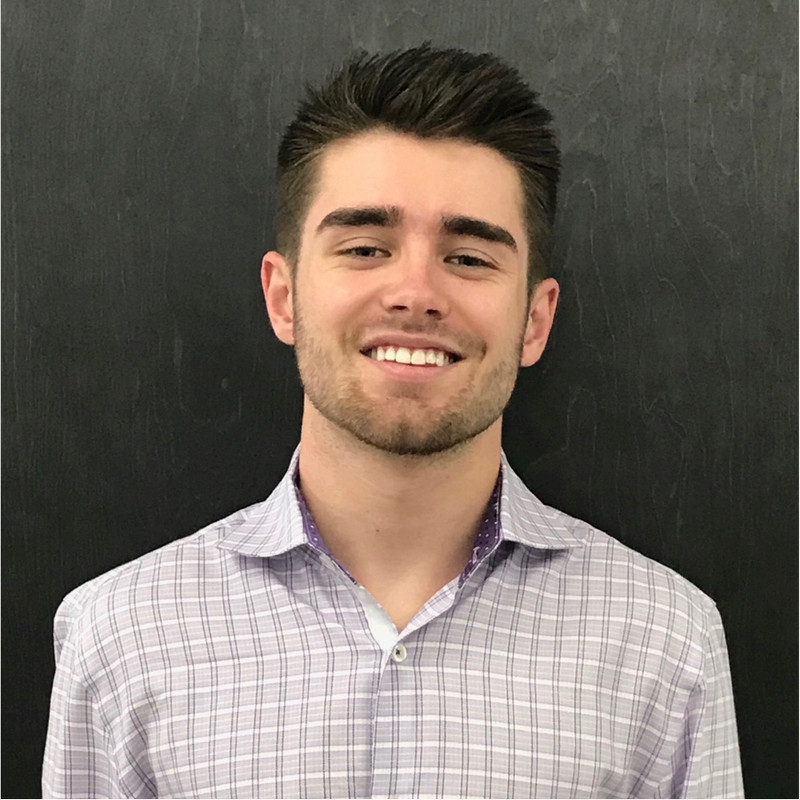 For today’s Fast Fact Friday, we are continuing our series examining the top OOH spenders in DMAs across the country.

Let’s travel out to the Pacific northwest, and look at the twenty-second largest DMA in the country; Portland, OR. We will take a look at not only which advertisers and industries are spending within the market, but also highlight any changes from the first to second quarter.

The Geopath team released two OOH spending reports recently with data sourced from Kantar, covering second quarter spending, as well as a report covering spend from January-June. Both reports are available to our members via the GeekOUT Library.  Let’s see what the data says about spending trends in the DMA. 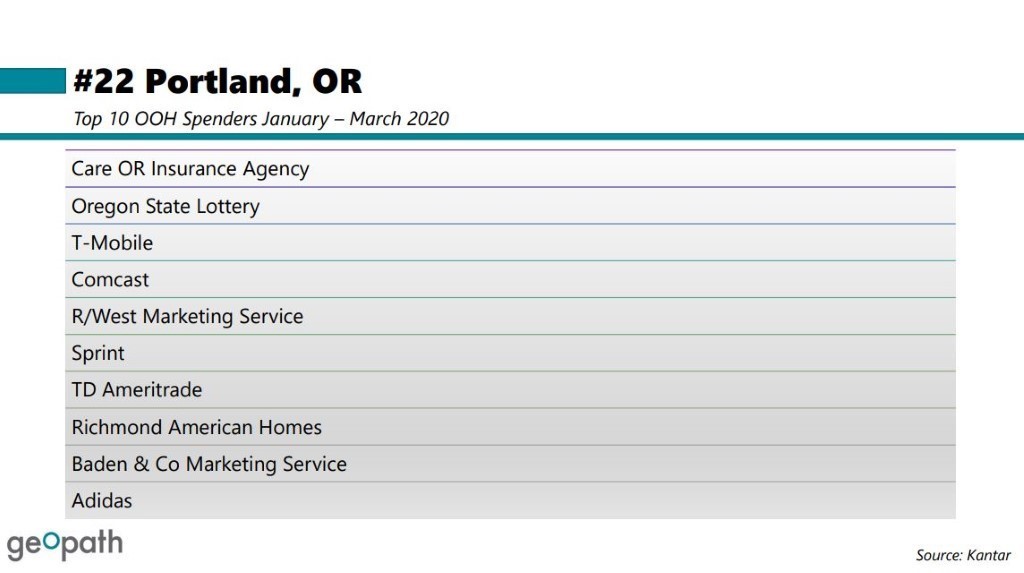 From January until the end of March, the top spenders were predominantly from the financial, media, and government sectors. That said, the insurance industry was also represented, with Care OR holding the first position on the list, however this was the only company from this sector.

With the onset of travel restrictions and other COVID-19 implications, OOH spending in the second quarter changed. Although some of the top OOH advertisers from the first quarter are still spending, such as the Oregon State Lottery, other brands have emerged on the list of top spenders. See below for the top ten spenders in the DMA for the months of April through June. 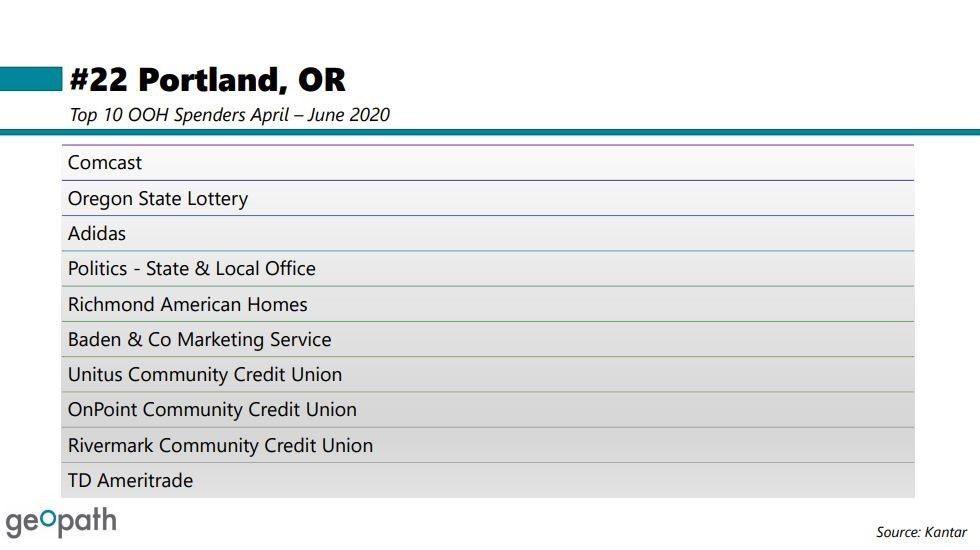 Just glancing at the list for the second quarter, it is apparent the financial sector continued spending during this time period. Interestingly, several credit unions made it on the list: Unitus Credit Union, OnPoint Community Credit Union, and Rivermark Community Credit Union all appeared on the list, now taking the seventh, eight, and ninth spots, respectively. Another financial institution, TD Ameritrade, fell down 3 spots, although still spending enough to remain one of the top OOH spenders.

The biggest mover happened to be the previous top spender, with Care OR Insurance Agency falling from the first position to all the way out of the top ten. This company wasn’t the only one not to make the top ten for the second quarter, with Comcast, T-Mobile, Richmond American Homes, and R/West Marketing Service dropping off the list from the prior quarter.

Is Average Miles Traveled Per Day a Metric Which Anyone Outside of OOH Gives a Crap About?