Top 10 People in the OOH Industry

There are hundreds of Out of Home Industry Captains and Titans. Them men and women who should always be remembered and credited with shaping #OOH and the lives of people around them.  We have a handful, (with an eye on more) of people who have given us their list of top 10 individuals who have impacted them personally. 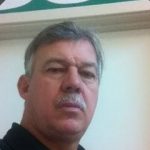 Here is the first, by Todd Hansen, General Manger of Sun Outdoor, Bakersfield, California. Hansen started his career 28 years ago in Pocatello, Idaho in sales for Metropolitan Outdoor, then as GM for Martin Media for 9+ years, followed by nearly 6 years as President of Posterscope. Hansen was President of Clear Channel Outdoor San Francisco/Oakland for over 2 years.

If you have a personal top ten, share it with us.  Send to Bill Board, at BillBoard@OOHToday.com

1. Arte Moreno—  Moreno started at the Eller Outdoor advertising. He traveled across the country for the next seven years, relocating several times and in 1984, he moved back to Arizona, settling in Phoenix, where he was hired by billboard company Outdoor Systems. In 1996, Moreno took Outdoor Systems public. The company’s stock soared, and in 1998, Moreno sold the company to Infinity Broadcasting for $8 billion. In April 2003, Moreno had reached a deal with The Walt Disney Company to purchase the Anaheim Angels for $180 million, which is today’s Los Angeles Angels.

2. Wally Kelly—CEO of Superior Digital Displays. Kelly began his career in #outofhome sales and rapidly moved up the ranks of senior management. His rise culminated in his becoming Chief Executive Officer of CBS Outdoor Advertising. Kelly served as Chairman of the OAAA for three consecutive terms.

3. Karl Eller— In 1962, Eller purchased the Arizona operations of New York-based billboard advertising company Foster and Kleiser and built it into a major regional business. As a result of the influence garnered by his leadership of this firm, Eller became one of the founding investors of the NBA’s Phoenix Suns in 1968.  Eller merged the #outdooradvertising business with KTAR radio and television in 1968 to form Combined Communications, Inc., which was absorbed by Gannett in 1979. At its height, Combined Communications owned 7 major metropolitan television stations, 14 major metropolitan radio stations, 12 American and 2 Canadian outdoor advertising companies and two metropolitan daily newspapers. Eller was inducted into the Advertising Hall of Fame by the American Advertising Federation in March 2004 in New York City.

4. Nancy Fletcher— President & CEO at OAAA. For more than 25 years, Nancy Fletcher has been responsible for leading the out of home advertising industry’s legislative, marketing, and product improvement efforts. As an attorney and former #billboard company executive.  As OAAA president & CEO, out of home advertising revenues have tripled, market share has doubled, and significant legal/regulatory progress has been made, due to industry unity formed and fostered under her care.  Before joining OAAA, Fletcher served as senior vp for Patrick Media Group. She previously spent more than a decade with Naegele Outdoor Advertising in various capacities including president/general manager of the Minneapolis/St. Paul division and general counsel for the parent corporation.

6. Jack Sullivan— Former Director for Starcom MediaVest Group, where Sullivan spent his entire 38 years in Outdoor Advertising. During Sullivan’s tenure at Starcom, he oversaw some of the largest OOH advertisers in the world like McDonald’s, Samsung, Philip Morris tobacco, MillerCoors, GAP and too many more to name. Sullivan Chaired Industry Boards and Committees for OAAA and Geopath.  Recently retired from Starcom, Sullivan is now living in Phoenix, Arizona, where he is an OOH Media Adviser as a Self-Employed Contractor.

7. E. Thomas Martin— The late Tom Martin was President and CEO of MH Signs, DBA Martin Media.
Tom Martin took the helm of his father’s fledgling billboard company, and turned into the seventh-largest outdoor advertising outdoor company with more than 13,000 billboards and outdoor displays in 12 states. Martin sold to the Chancellor Media Corp., the second-largest radio broadcasting company in the U.S. in June 1998. Martin was a closely held outdoor advertising firm who generously provided an opportunity for equity ownership to many of his general managers. Martin Media sold for over $610 million in cash. Martin Media, was based in Paso Robles, California.  Later, that year in August 1998, Chancellor Media agreed to buy Whiteco Outdoor Advertising for just under $1 billion, placing Chancellor in the top five U.S. outdoor companies, with over 35,000 outdoor faces in 37 states.  Lamar Advertising purchased Chancellor Media’s billboard division in June 1999 for $1.6 billion. OOH revenues rose 8.8% in 1997.

8.  Annie Rickard— Former CEO at Posterscope, UK.  Rickard was a founder of Posterscope UK and led the development of the global network which is now Posterscope Worldwide, now owned by Dentsu Aegis Network. Posterscope once had a network of over 600 people, in 48 offices around the world.

10. Cave man who first in carved on the rock—

Send your top 10 in similar format as above to Bill Board, at BillBoard@OOHToday.com