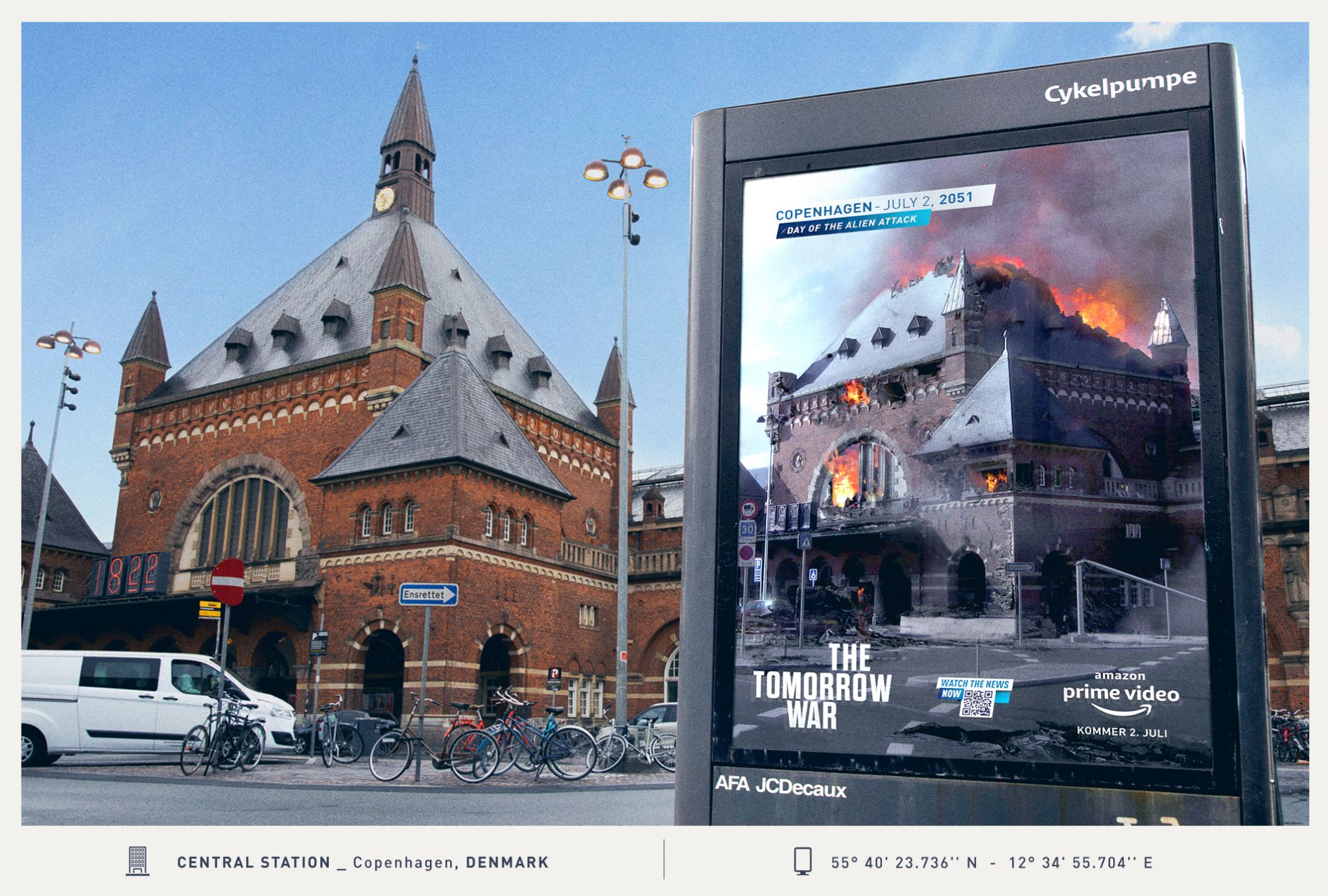 “The world froze when a group of tourists arrived from 2051 to deliver an order. 30 years in the future, humans will lose a global war against alien species.”

They’re out there. And this time, you can take that literally. Advertisers behind The Tomorrow War, a sci-fi thriller released July 2nd on the Amazon Prime streaming service — turned to truck-side media to execute some pretty grand (and majorly scary) ideas.

The show’s alien creatures were brought to the streets, some by trailer, in all their life-size creepiness —in places as far away as Sweden and Tokyo. The jaw-dropping immersive display included truck ads, stationary billboards, and transit shelters, and each sparked viral content in their own way. How did The Tomorrow World manage to bring this sci-fi apocalypse to life? These three cities had some of the most creative examples to demonstrate:

The Tomorrow War took to the streets of Tokyo, Japan in a bloodcurdling display.  The truck quickly went viral on YouTube and TikTok, sparking the attention of millions when it was spotted carrying the alien monster in a glass box. Passersby had the unique opportunity to see the creature moving around and even snarling at them via an integrated sound system in the truck. One TikTok of the truck in particular, garnered over 16 million views, quite easily becoming their most viral ad of the campaign. 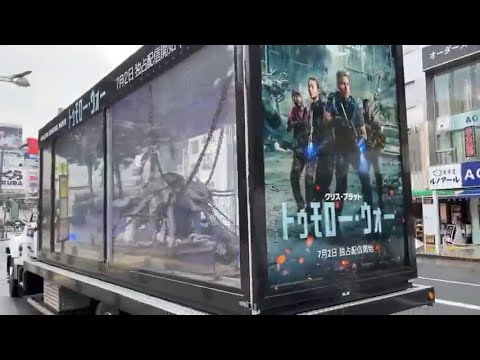 From July 2 to the 4 a military truck was said to be hunting down the alien species in select locations in Southern California. Coined the “WhiteSpike Takeover”, from the names of the creatures, the first stop on the campaign route was Los Angeles for the show’s premiere. Here, Chris Pratt was seen posing with the convoy and the deadly specimen before the truck moved on. It was then reported around iconic locations like Huntington and Venice Beach showing-off the “sedated” creature. 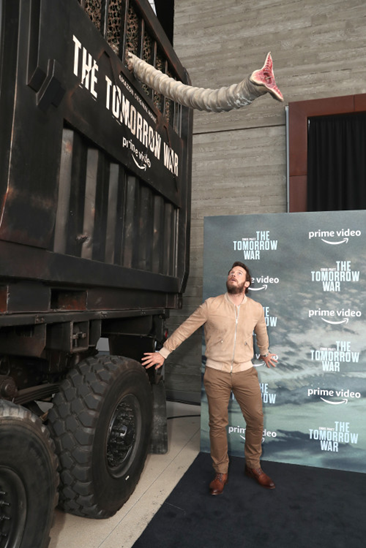 For the Nordic launch of the Amazon Prime film, the independent creative agency SMALL, created “The Tomorrow Billboards”, an outdoor campaign with the goal to stop people in their tracks. “Together with the client we wanted to impress the Scandinavian people by showing what an alien attack would do to the places they love the most: their cities. And we felt like there was no better way to do this than through an outdoor campaign, where location is key,” Luca Pannese, co-founder and executive creative director of Small, said in a statement.

Bus shelters spanning across Denmark, Norway, and Sweden showed what famous landmarks would look like if they were destroyed in the future by the Tomorrow War’s White Spikes. The campaign is ominous at any time, but compounded by the current state of the world — this display made an impact. 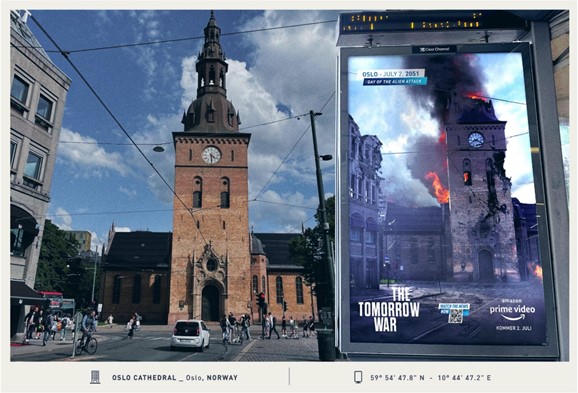 With its creative, immersive campaign, The Tomorrow World took advantage of the grand scale and geographical context OOH provides — to break boundaries and rack up the views. Given this kind of effectiveness, there’s a good chance OOH will be around for another 30 years, or at least until the global war with the Aliens.

OAAA Sales Tip: US Consumers Return To Airports & Transit Amid Increasing Comfort —Air Travel was up nearly 200% from This Time Last Year