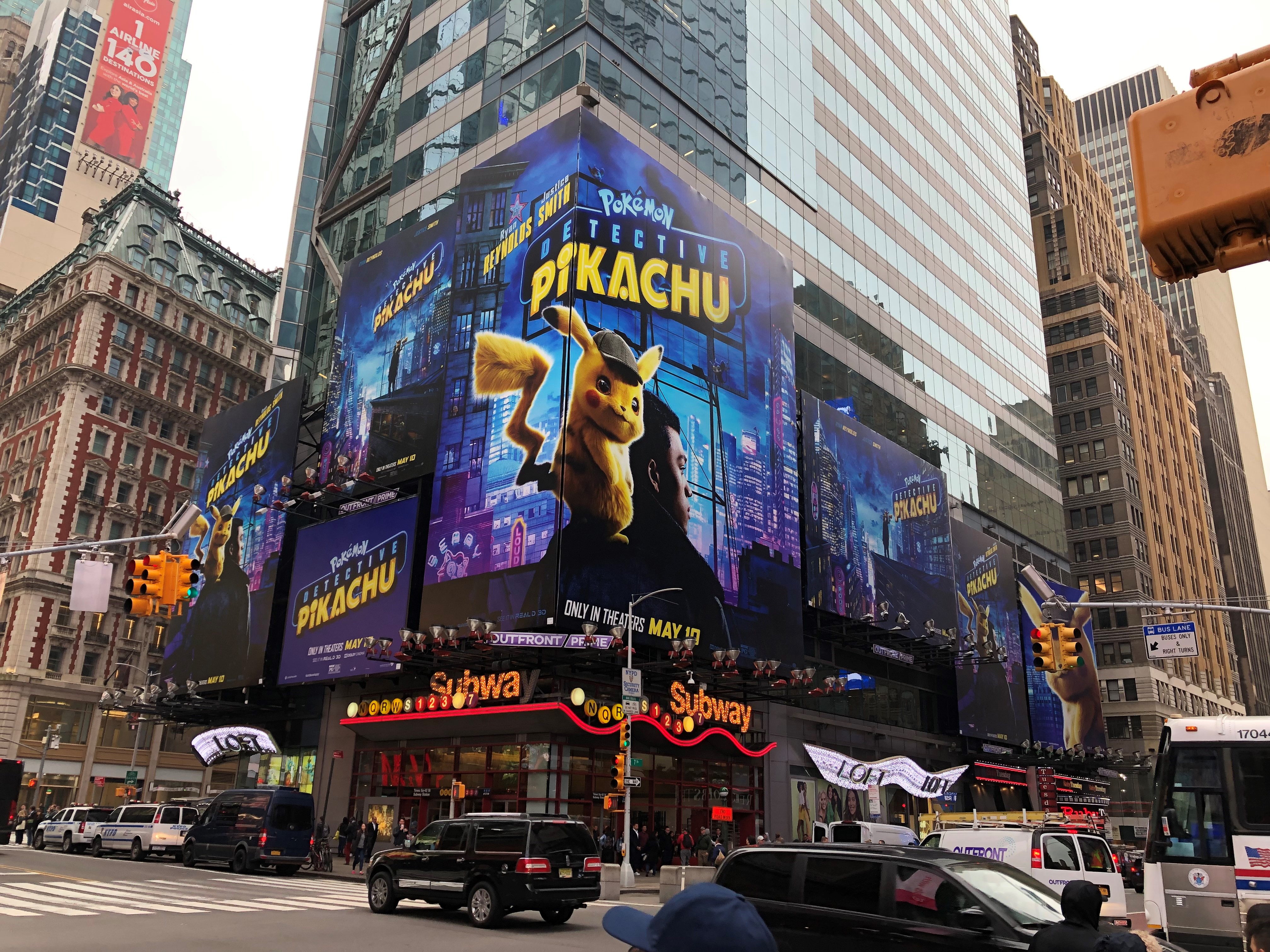 It was the Summer of 2019; Lil Nas X’s Old Town Road filled the airways, the U.S. Women’s soccer team claimed its fourth Women’s World Cup title, and I had just landed at LaGuardia Airport. It was my first time visiting New York, New York and I was eager to see all that the city had to offer.

I had the pleasure of staying at the iconic The Manhattan, in the heart of Times Square. The streets were filled with hot-dog stands, tourists snapping selfies, and of course, billboards. The vast amount of outdoor advertisements is a marvel in itself. Tens-of-thousands of brands, some with video animations, others more traditional and static. One thing was certain, this is where products and services chose to showcase themselves to consumers while simultaneously introducing new and innovative ways to attract viewers.

“One thing was certain, this is where products and services chose to showcase themselves to consumers while simultaneously introducing new and innovative ways to attract viewers”.

They say “when in Rome one should do as the Romans do”. I enjoy adapting this methodology when I visit other countries and cities so as such, I took a walk in Central Park, rode the subway from Brooklyn to Uptown, and ate a surprisingly great $1 slice of pizza. While I wouldn’t consider myself the type of person who plans every detail of vacation, I did know coming in that I wanted to go to a Broadway show. I planned to head to Broadway street, browse the shows displayed on the billboards, and find a show that looked interesting.

After some time, I found a show that I thought looked intriguing but wanted to be sure. I figured Fandango would be a good place to start. I mean, that’s where I watch trailers for movies and purchase tickets. No such luck, you can’t purchase Broadway show tickets through Fandango. Eventually, I found more information about the show but it was scattered, disconnected, and fragmented. If there’s an app for everything else why isn’t there an app for that? There had to be a better way.

“…the shazam for the billboards”.

I met Bryan Layne while working for a startup in Ventura, CA and he was the first person I called to determine the viability of a billboard product that at the time was, “The Shazam for the billboards”. His experience in both product development and billboard attribution, as well as a great amount of research in the industry, led him to become a co-founder.

Admittedly, I had never worked in the OOH (out-of-home) industry. My time in advertising was spent working for digital media companies such as Playboy and OWN: Oprah Winfrey Network where we focused on building an audience through articles, video content, and listicles across a vast omnichannel network. Our award-winning content received millions of daily views from all over the world. The more viewers we attracted, the more revenue we earned in advertisement dollars.

“We are converting the billboard model from passive awareness to active engagement by gamifying the experience”.

When it comes to making purchasing decisions on-the-go, consumers are simply different outdoors. Some pass an eye-catching advertisement while walking on the way to work. Others on the side of a rideshare vehicle while moving about traffic. Each person has a unique point-of-view into how they’ve been impacted by OOH (out-of-home) advertisements. Being able to identify viewer sentiment, on-demand and in real-time, behind an outdoor advertisement is important to the campaign and ultimate success.

Tadaw turns billboards into storefronts by allowing the viewer to make purchases and gain a deeper insight into the product or service that each company is providing. We are converting the standard billboard model from passive awareness to active engagement by gamifying the experience. We provide synthesized and personified digital interaction data in real-time to advertisers.

The Tadaw team is built up of a diverse group of individuals. A true testament to the inspirational concrete jungle itself.

If you’d like to sign up for our beta or learn more information about Tadaw head to tadaw.app or send me an email at stedman@tadaw.app.