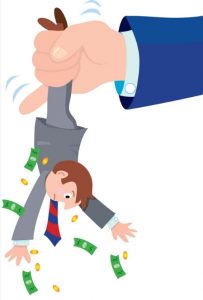 The TAXMAN is Defeated!

The Cincinnati Billboard tax has been a concern for all in OOH. The City of Cincinnati attempted to ‘shake down’ the local OOH Industry to assist in City budget shortfalls. Not going to happen says an Ohio judge who issued a ruling yesterday.

Its good news for #OOH!  No one knows if the city of Cincinnati will file an appeal.  One would believe not. Read the OAAA news release below.

A judge in Ohio today issued a clearly worded injunction (attached) to invalidate Cincinnati’s new billboard tax. The targeted tax is likely to burden speech protected by the First Amendment, the judge said.

“Government may not single out and direct or target a tax solely at the exercise of First Amendment rights or at the means or instruments utilized in exercising First Amendment rights nor may the government impose a tax that targets a small narrow group to bear the burden of the tax,” said Court of Common Pleas Judge Curt C. Hartman. “Yet, that is precisely what the City of Cincinnati has done . . .”

On June 27, Cincinnati’s City Council voted 6-3 to impose a billboard tax effective July 1.  The tax rate is 7 percent or a calculation based square footage, whichever is greater.

By separate ordinance, the city council also significantly raised billboard fees, but it repealed the fee hike on October 10.

Lamar Advertising Company and Norton Outdoor Advertising challenged the tax and higher fees in July, on constitutional grounds.  Judge Hartman issued a Temporary Restraining Order (TRO) on July 30, blocking the tax and higher fees.  The judge heard six days of testimony in September on plaintiffs’ plea for injunctive relief, with closing arguments September 25.  Witnesses for the industry included Tom Fahey (Lamar manager based in Cincinnati), Mike Norton, Ken Klein of OAAA, and several advertisers.  They told the court that billboards communicate a wide range of commercial and noncommercial speech, while competing against other media in a marketplace that is sensitive to price.

We will keep you informed regarding the city’s response. OAAA Counsel Eric Rubin will provide analysis in an upcoming Legal Report.  The Cincinnati litigation is on the agenda for the OAAA Board of Directors meeting on November 13 and the OAAA Legal Seminar on November 14 in New York City.