The Billboard says, “He Did Mean to Hurt You” 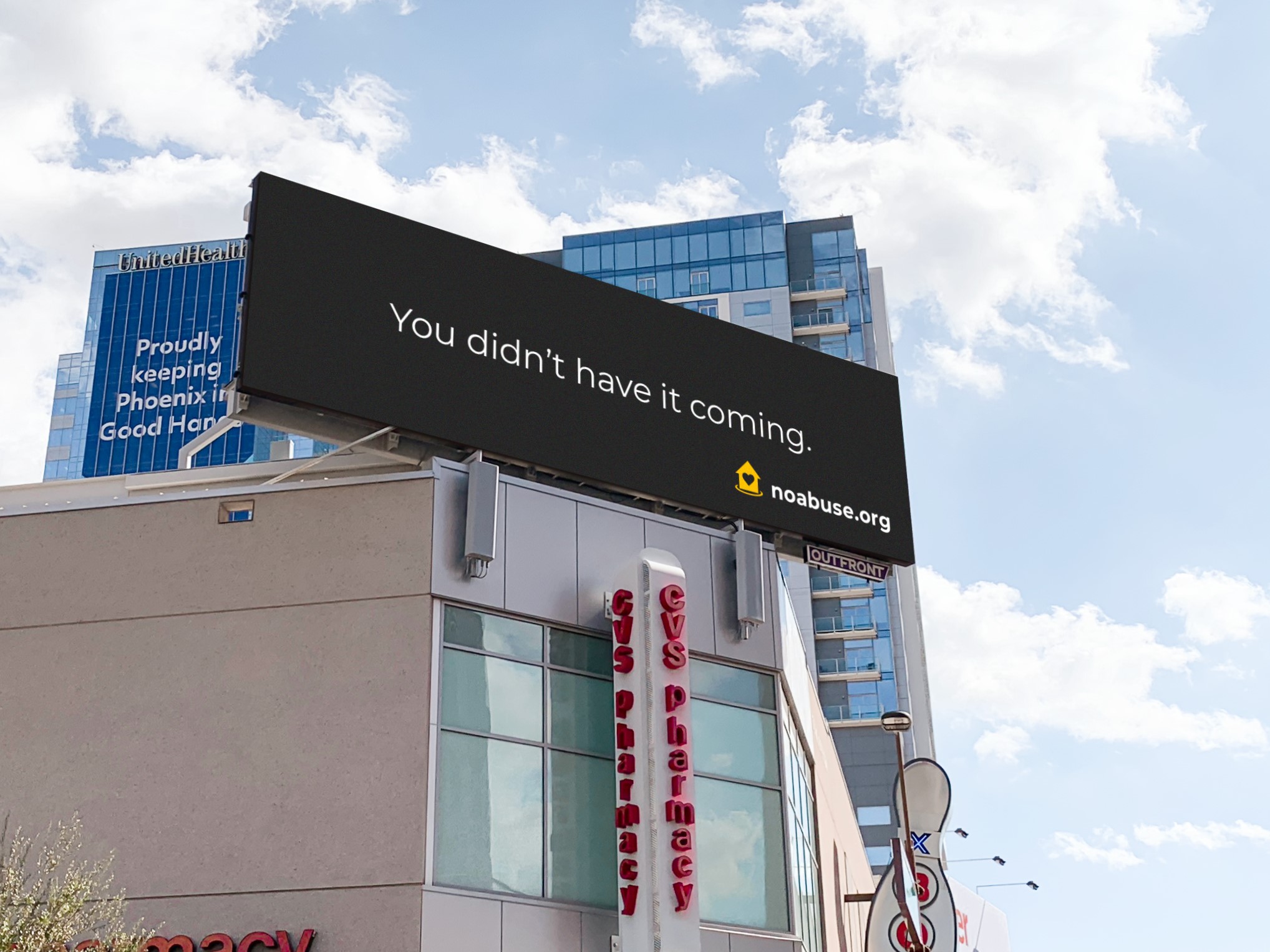 Reaching an audience of domestic abuse victims can be a difficult task since many victims are socially isolated, unable to discuss the topic openly, or access information on where they can go for safety. So how does a domestic violence shelter get their message out to individuals and families impacted by domestic abuse?

Chrysalis, a nonprofit domestic violence shelter in Phoenix, with the help of its AOR R&R Partners, launched their first-ever awareness campaign to reach domestic abuse victims and invite them to seek help and empowerment through free information and confidential support at noabuse.org. 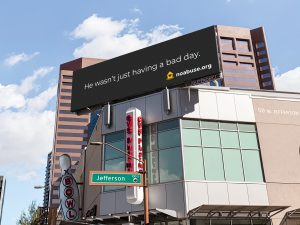 Through research and insights, R&R uncovered a strategic and impactful approach to reach victims. The campaign concept takes common abuser excuses and turns them on their head, revealing sobering and empowering phrases such as “You didn’t have it coming,” “He did mean to hurt you,” and “It’s not your fault.” The messages were displayed on digital billboards in Phoenix and across social media. As a result of the #OOH campaign, 91 percent of traffic to noabuse.org were new visitors.

As a result of the campaign, 91 percent of traffic to noabuse.org were new visitors.

Most domestic violence campaigns target victims when they are examining options to break away. This campaign meets victims early in the abuse cycle, when they are questioning the abuse and their relationship with the abuser and legitimizes what they are experiencing. The R&R team also helped create the new noabuse.org website for Chrysalis, which allows potential victims to access resources unique to their needs and situations. It includes a “safety exit” button that allows victims to quickly and securely exit the browser window and hide its history to protect the victim from abuser threat.

The campaign was completed with R&R Partners Foundation agency hours donated to Chrysalis to further their mission to shed light on domestic violence and save lives.

Keeping an Eye on the Digital OOH Experience