The BIG Reveal —Billboards and Bananas —the perishable commodity 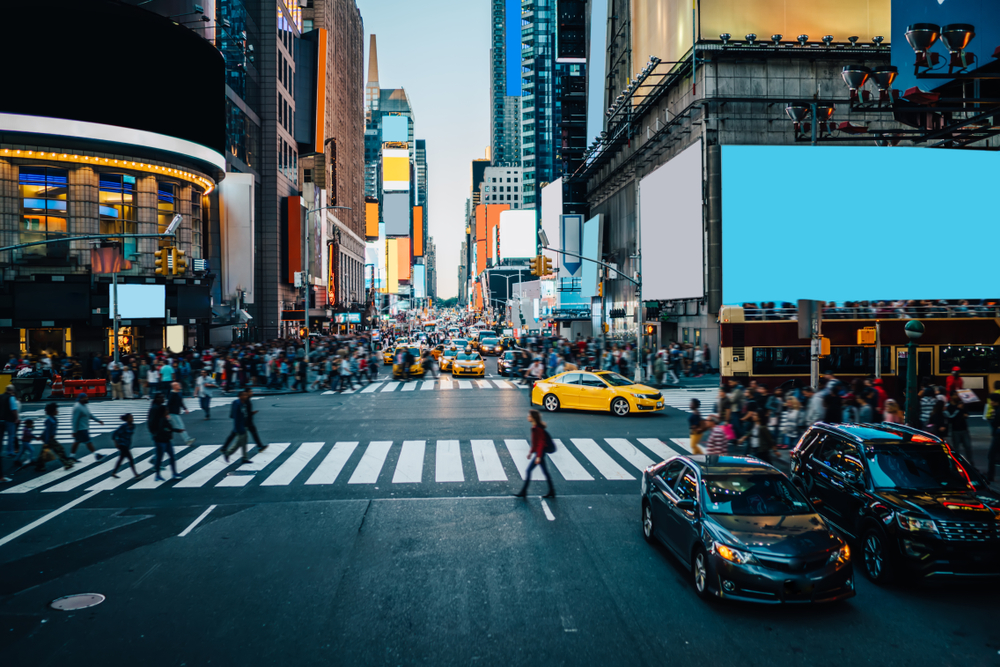 I recently read the book “The Fish that Ate the Whale: The Life and Times of America’s Bananas King” by Rich Cohen.  The story focuses on Samuel Zemurray, who single-handedly outfoxed and then took down the world’s largest fruit company at the time, the United Fruit Company (now Chiquita Brands International).  Where am I going with this?

Well aside from the fact that the book is set in New Orleans and I now have a daughter who goes to Tulane so I thought it would be good to know a little more about the city, and aside from the fact that the book gives some fantastic insight on how Banana Republics got there start (According to the book, the U.S. government dropped CIA operatives into almost every Central American country at some point in the first half of the 20th century and set up a puppet regime in order to protect the interests of large american corporations), one of the central themes of the book is “one company’s trash is another’s treasure”.  Before modern transportation and refrigeration, United Fruit would throw away any banana that had turned yellow by the time it reached the port in New Orleans from Central America.  Zemurray, a penniless immigrant, idly watched the freighters unload their cargo each day as he tried to figure out what he was going to do with his life.  Nothing if not enterprising and hungry, he decided that the solution to the problem was not to throw the ripe fruit away, but rather to find a different market (have I got your attention yet?), one closer to home so that he could get the fruit in the customers’ hands before it went bad.  Since United Fruit was throwing the stuff away anyway, he convinced them to sell him the “bad” fruit for next to nothing.  He carted it off on a hand cart, sold it locally to grocers who presented it as a premium product.  He turned that little cart business into one of the biggest bananas enterprises in the world, ultimately merging with American Fruit and becoming the single largest shareholder.

Time is OOH’s enemy.  We are in a business with a perishable commodity.

What the hell does bananas have to do with Outdoor Advertising?  Other than the fact that we are all bananas (couldn’t help myself), quite a lot actually.

One of my very first meetings as a young pup in the outdoor business was with Dan Schnitzer who owned a nice outdoor business in the pacific northwest, called Sun Outdoor.  He said to me, and I paraphrase, “Young pup…we are not in the outdoor business…we are in the fruit business!”  I returned his stare with a gaze that looked like a prairie dog in the headlights.  He said “yes I know, you don’t understand do you?”  I sheepishly shook my head.  He then said, “look, the guy operating the fruit cart, at the end of the day he throws away a bunch of what he does not sell, right?  So each day that goes by in which one of my face’s goes vacant is just like that too, right?”  Of course the light bulb went off immediately.  Time is OOH’s enemy.  We are in a business with a perishable commodity.

Okay, so finally to the point.  What continues to baffle me is, like United Fruit, we continue to throw it away.  To prove my point, some fun with numbers.  If, as the OAAA says, there are roughly 400,000 traditional faces across the country (#s would get even more impressive or scary if you include transit et al), and if we guess that 5% of that inventory is behind trees, lying on the ground or facing the wrong way on a one way street, that leaves us with 380,000 faces to sell.  If on an average year, we sell 72% of it, that means 28% of 380,000, or 106,400 faces get thrown away each month!  In dollar terms, again for fun, lets assume average rate is $1,000, that means we as an industry throw away $106MM each month or $1.3B per year.  Where is Zemurray when you need him?  Isn’t there something better we can do with that inventory?  Should we consider it an industry offense to let a single face go unposted…ever?  Can’t someone come up with an alternative market to this decent product?  At bare minimum, imagine the good we could do bringing $1.3B of advertising value to a handful of charities?

Should we consider it an industry offense to let a single face go unposted…ever?

Okay, I know I just threw a hand-grenade in the room.  I welcome the debate.  Please bring it.

Postscript:
Here is Amazon’s summary of “The Fish That Ate the Whale”  I hope it motivates you to read it!

The fascinating, untold tale of Samuel Zemurray, the self-made banana mogul who went from penniless roadside banana peddler to kingmaker and capitalist revolutionary.

When Samuel Zemurray arrived in America in 1891, he was tall, gangling, and penniless. When he died in the grandest house in New Orleans sixty-nine years later, he was among the richest, most powerful men in the world. Working his way up from a roadside fruit peddler to conquering the United Fruit Company, Zemurray became a symbol of the best and worst of the United States: proof that America is the land of opportunity, but also a classic example of the corporate pirate who treats foreign nations as the backdrop for his adventures.

Zemurray lived one of the great untold stories of the last hundred years. Starting with nothing but a cart of freckled bananas, he built a sprawling empire of banana cowboys, mercenary soldiers, Honduran peasants, CIA agents, and American statesmen. From hustling on the docks of New Orleans to overthrowing Central American governments and precipitating the bloody thirty-six-year Guatemalan civil war, the Banana Man lived a monumental and sometimes dastardly life. Rich Cohen’s brilliant historical profile The Fish That Ate the Whale unveils Zemurray as a hidden power broker, driven by an indomitable will to succeed.

The Value of OOH: Proof Points You Need to Know