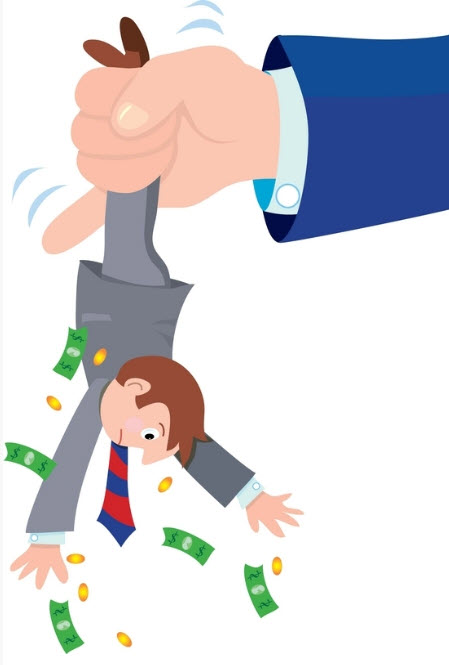 The Beatles
Provided to YouTube by Universal Music Group Taxman

As we once again approach tax season…yet this time with a new sheriff in town, it got me thinking.  Anyone else scared shirtless that Biden’s boys (and girls) may increase capital gains rates? Or let me restate that: As a smart tax guy recently said to me, “it’s not if, it’s how much.”  Anyone else scared sheetless that Biden is going to bring cap gains rate up to ordinary income rates?  Ehem, it has me a little uneasy to be quite honest.

Once I got my juices flowing, I began to wonder…how did we get here?  Turns out the notion of a central government taxing its citizens in exchange for military and other administrative “needs” that the citizens may or may not want, is not new.   “The earliest known tax records, dating from approximately six thousand years B.C. are in the form of clay tablets found in the ancient city-state of Lagash in modern day Iraq”  http://www.worldtaxation.com/uncategorized/history-of-taxation.html

Remember the quote “give unto Caesar what is rightfully Caesar’s?”

The Greeks, Egyptians and the Romans of course took it up a notch, taxing both property and goods.  Even the ancient Chinese got into the act with the “ole” barter system, essentially claiming 10% of a farm’s production their own.  Of course the Holy Roman See was no dummy either, inventing its own form of taxation, but giving it a softer label of “tithing”.  Interestingly enough, the early Ottoman empire taxed anyone in their jurisdiction but Muslims.

“give unto Caesar what is rightfully Caesar’s?”

Where did most of these tax receipts go over the centuries?  Spoiler alert…war.  It turns out various factions of the European monarchs have been beating the piss out of each other for a very long time.  Armies and navies are, as recent business geeks say, “capital intensive”.

The first federal income tax in the U.S. was instituted during Lincoln’s term to…you guessed it…pay for a war.  Shockingly it wasn’t very popular.  Hard to understand why.  Best I can tell from my sloppy research, permanent federal income taxation wasn’t a thing until 1913.  The ‘reason’? … yup …threat of war.

And then, there are those taxes that really chap my arse— capital gains taxes.  Why?  Because we had to pay income tax on the money the first go round!  Think about it.  In order to invest it, you had to make it first (and the government got a slice of the first go round).  Capital gains has been a “thing” in the U.S. since 1954.  The lucky buggers before that time did not have to pay cap gains.

Thanks for the history lesson, Johnsen, but you are making my hair hurt.  Why are your panties tied all in a knot over this one.  Two reasons.  First I do believe raising cap gains rates will motivate lots of people and institutions to stop investing in the lifeblood of American society, namely entrepreneurial enterprises that have the ability to create lots of capital gains as well as other good things for society (think Netflix, Peleton, Pfizer, Nike…Lamar…Outfront, etc).  Secondly, its damn right unfair when your money gets walloped every time you ‘Pass Go’.

Here is a stupid, simple, example.  Mr. X works 30 years at Large Outdoor Co and saves up enough money to buy a plant.  He pays $3MM for it.  $1MM of his own money and $2MM from the bank.  He then borrows another $2MM to build a bunch more billboards and convert a bunch to digital.  He works his eyebrows off, does extremely well in a short period of time and sells the biz for $10MM.  Lets go simple here and assume he has no “basis” (and ignore recapture) so the $10MM is ‘cap gains’.  At 25% rate (state takes their piece too) he pays $2.5MM in taxes, pays his lender back $4MM and he is left with $4.5MM.  Not bad for $1MM investment and a bunch of sleepless nights.  Now…lets assume Biden unleashes his ‘fair’ plan.  Cap gains go to 45% (including state).  After selling for $10MM, this poor soul now walks with $1.5MM for his $1MM investment and a shit ton of work ($4.5MM taxes and $4MM to his lender).  Almost not worth the risk if you ask me.  Are you with me now as to why this move would send ripples through the economy?  OAAA, you on this?

OAAA, you on this?

A woman went to the doctor who told her she only had 6 months to live.
“Oh No!” said the woman. “What shall I do?”
“Marry an accountant,” suggested the doctor.
“Why?” asked the woman. “Will that make me live longer?”
“No,” replied the doctor. “But it will SEEM longer.”

If you really want to geek out on this stuff, knock yourself out here: