The campaign hopes to destigmatize PTSD

The ad campaign, called Your Trauma Is Valid, kicks off with OOH placements throughout the country highlighting emotional traumas experienced by the area’s demographics. Stella used cultural insights and first-hand accounts to create the campaign in hopes of validating those who need help.

Those who have experienced traumatic events often invalidate their emotions and biological responses because their history does not fit into pop culture’s definition of PTSD.  Due to stigmas, common trauma symptoms like insomnia, severe anxiety, panic attacks, nightmares, uncontrollable disturbing thoughts, and suicidal ideation, go untreated.

This trauma-informed marketing campaign is the first of its kind to take on this issue. It pushes back against what is accepted by current society which stops people from exploring their mental health and the treatments that might be right for them.

“This campaign is important because this is a crucial need to destigmatize PTSD, especially for those around us who have been taught to unconsciously justify their own traumas,” said Matthew Erley, Stella’s Chief Growth Officer.

“This campaign was personal,” said Kristin “KB” Busk, Stella’s Head of Content and the campaign’s creative director. “It took me working in the mental health space to realize my “truths” and actions aren’t personality quirks, they’re behavioral responses to untreated trauma.”

The first billboard in Dallas, Texas features a photo of a child and the headline, “It was a long time ago.” Texas was chosen due to it being the state with the most unique victims of child abuse in the United States. 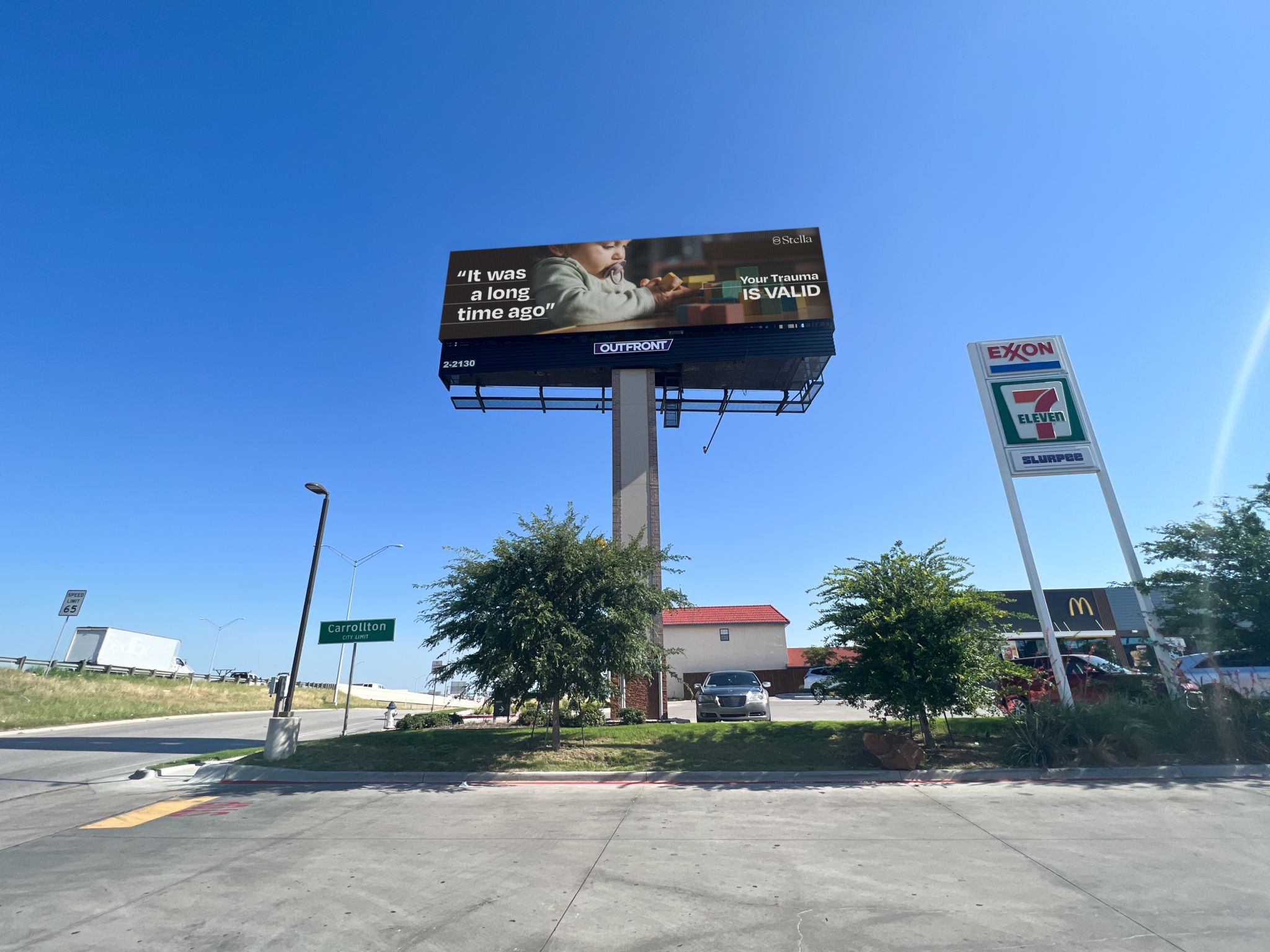 At the Dallas-Fort Worth airport, known for its military presence, a billboard of a family hugging with the headline, “I wasn’t the one who went to war” taps into Secondary PTSD in hopes of showing family members that their trauma is just as valid. 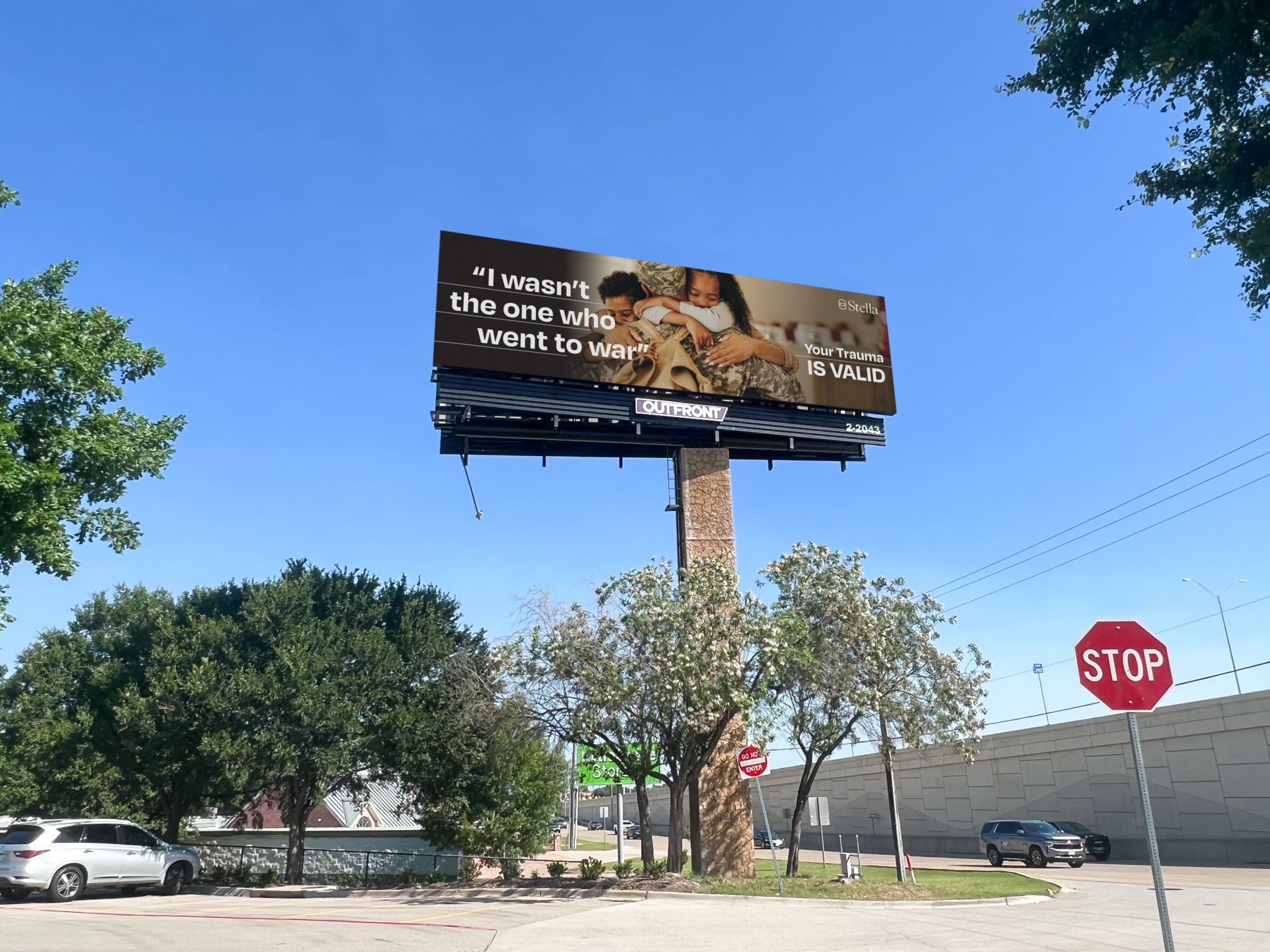 In Weehawken, New Jersey, a billboard can be found on the commute into Manhattan at the mouth of the Lincoln Tunnel which reads, “It’s a part of my job” and features a medical worker. Hospitals around the area were hit the hardest when the COVID-19 pandemic began. First responder trauma and burnout continues to be a global crisis as they face new traumas every day while on the job. 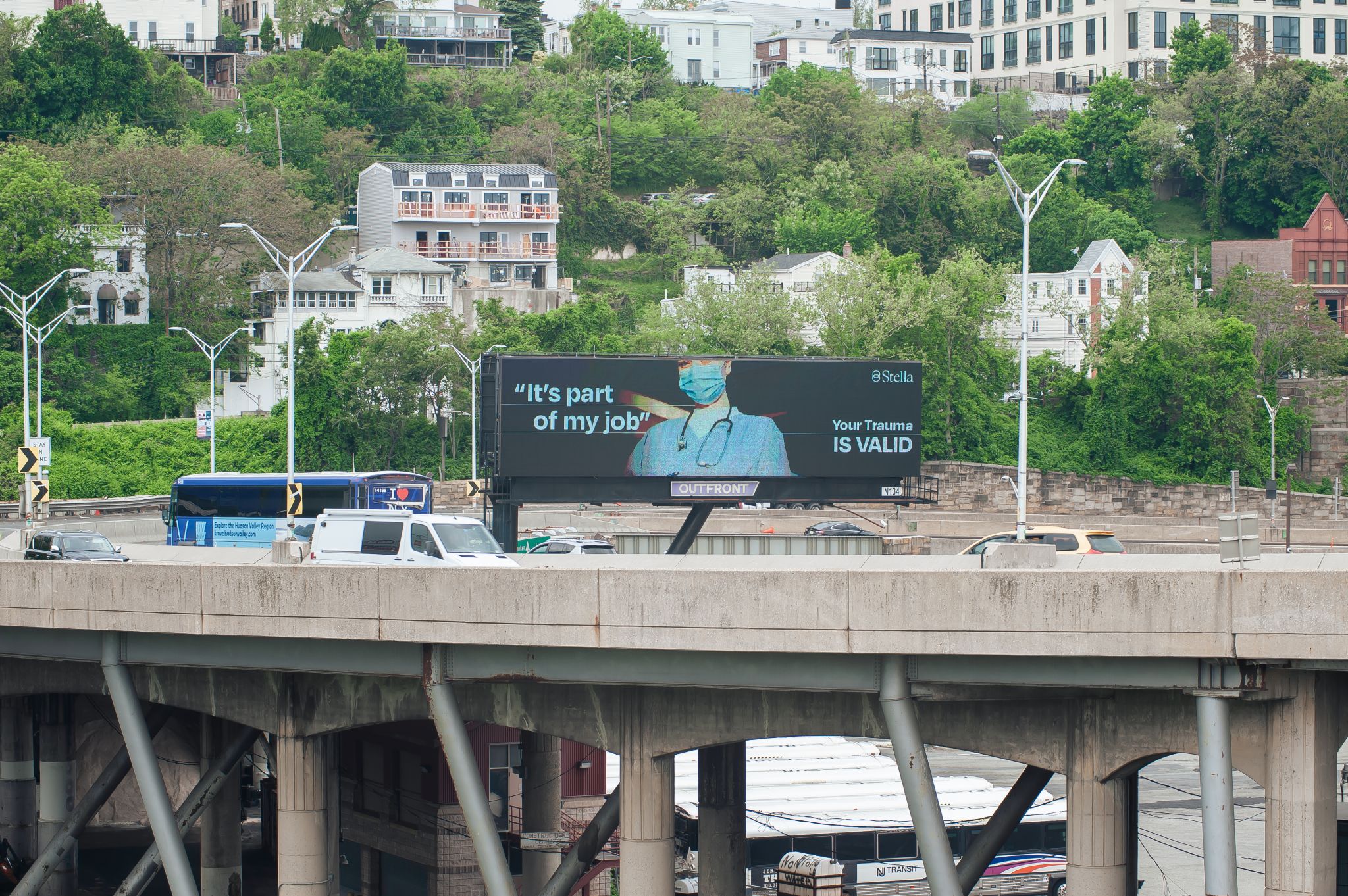 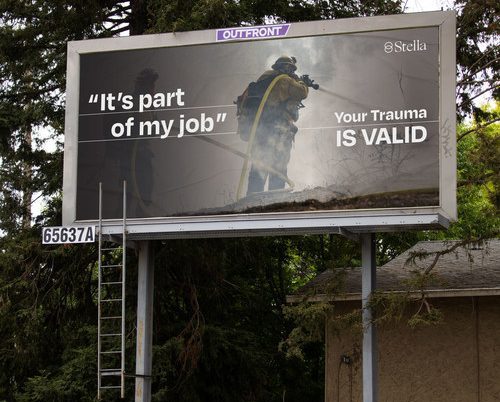 In Sacramento, at the home of The Dixie Fire in Northern California, the largest blaze of 2021, the same message is being shared for firefighters who worked tirelessly to save the area.

This campaign features additional digital ads that highlight modern-day traumas like adoption, fertility issues, loss of a job and divorce.

Stella hopes that soon, no one will feel the need to continue to justify their traumas and hide from the help they deserve. You do not have to suffer.

About Stella
Stella’s team of medical doctors, psychologists, patient care coordinators, and tireless advocates are on a mission to create a world where no person needlessly suffers from symptoms following trauma. Stella offers effective, peer-reviewed, breakthrough trauma treatments. Stella innovates like lives depend on it – because they do.

It is Always Day 1