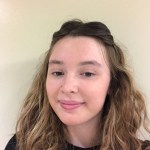 Until only a few years ago, any of us would be likely to scoff at the idea of a billboard in space. But the latest study from Russian researchers suggests that not only should this idea be considered—it’s also mind-blowingly probable.

Beaming a giant advertisement down at the earth for months on end would, of course, be no small task. But the researchers’ resulting paper details their exact calculations of how such a feat could work. They estimate that about 50 small satellites would need to be launched into ‘low Earth orbit’—or, anywhere between 100 and 600 miles above our planet’s surface. Once in space, the satellites would essentially reflect the sun’s light down to Earth, resulting in a certain shape or image being visible from below. Satellites would theoretically be able to beam any sort of word or symbol down to potential customers on Earth for at least three months, dutifully orbiting on a path that would keep them exposed to sunlight all the while.

When the researchers took their study one step further by diving into the economics of this project, the results seemed not only pretty sound, but hugely profitable. The total cost of an interstellar ‘billboard’ would amount to around $65 million, with much of that change going toward manufacturing the actual satellites. But calculations indicated a net income of a whopping $111 million for each billboard. To put this in context, launching a logo into space could quickly become cheaper than any ad that aired in the last Super Bowl.

This concept of interstellar advertising is not necessarily a new one. Soft drink Titan PepsiCo kicked around the idea of an ‘orbital billboard’ for some time in 2019, a concept that would have been powered by notably similar technology. Even just a year ago SpaceX CEO Elon Musk was hatching plans to launch into space a tiny satellite with a digital billboard on one side, live-streaming the advertisements onscreen back to Earth with the help of a selfie stick.

Ever since Neil Armstrong first left his boot prints on the moon, humanity seems locked in a permanent race to leave our mark on our Solar System—and a mark that would almost guarantee a return of millions of advertising dollars seems pretty worth making. With the sheer amount of pros lining up, any cons may seem insignificant in comparison.

But every marketing gambit of this magnitude has its flaws—and this one in particular will probably warrant a lot of careful consideration in the years to come. What would it mean for ‘out of home’ to become ‘out of this world’? According to many astronomers it would potentially mean an increased amount of light pollution, and consequently a strain on their abilities to study space and even keep an eye on any dangerous asteroids in the area.

And while financial reception to these celestial maneuvers may be positive, the jury is still out on just how graciously Earthlings would react to having their skies blocked by company graphics and messages. Indeed, Pepsi’s 2019 space plans were met with a monumental wave of backlash on social media almost immediately. The announcement was followed within the week by a hasty backtrack from the company, scrambling to brush the idea off as a one-time “experiment”. PepsiCo claimed that they had no official plans for space advertising—at least, not “at this time”.

So yes, the bottom line is that making constellations out of commercials does seem to be viable—both scientifically and financially.  Whether these ideas will actually come to fruition in the next coming years remains to be seen. After all, the business of out-of-home advertising can already make us feel crazy even when it’s rooted to Earth. It’s a little overwhelming—and maybe also a little tempting—to imagine what it would be like as part of a whole new world, shining just above our heads.