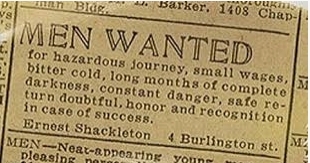 Think they invented it.  Just like we thought when we were kids.  But some of these battles have been fought for a very long time.  One does not have to wander to far into the Old Testament to see that.

So…with a lot of talk going around about racial injustice and the under-employed, with good reason I might add, it might be helpful to remember that some really cool people have spoken up before.  The group UB40 was one of them.  I first heard their debut album, Signing Off  shortly after it came out in 1980.  Two minutes into Madam Medusa I was hooked.  Something about the simplicity, the silky lyrics and the incredible syncopation.  Little did I know that that song, at 12 minutes long mind you, was about Margaret Thatcher.

See the scourge of innocence
Swinging in her hand
Hear the silent suffering
That echoes through the land
From the tombs of ignorance
Of hate and greed and lies”
UB40, Madam Medusa

This song was penned 40 years ago.  Anyone else see some parallels to today?  Turns out that Great Britain was on its knees in the late 1970’s as its manufacturing sector was slowly gutted and inflation ran at 25%.  The country’s under-served was none too happy when the newly elected, first woman Prime Minister decided to crank up interest rates and put a whole lot more people out of work.

In case you did not know, the band’s name, UB40, stands for Unemployment Benefit (Attendance Form) 40, by the way.  Its name, Signing Off, was a statement about the band members getting off the “dole”.

In case you did not know, the band’s name, UB40, stands for Unemployment Benefit (Attendance Form) 40, by the way.  And their first album’s artwork displays the UB40 form on the cover.  Its name, Signing Off, was a statement about the band members getting off the “dole”.

Lest you are young and you think to yourself, Johnsen you are old (true) and referring to something long ago and far away, listen to their song “Tyler”.  It could have been penned yesterday.

Okay Johnsen, thanks for the arcane music lesson, but what’s the point.  To get right to the point, the point is a country that doesn’t work…doesn’t work.  Anyone else with me on this?  This embrace of the “dole” economy is downright scary. We need to get people back to work if we don’t want to mortgage our long term future.  Layoffs, furloughs, reduced hours, handouts and yes, even though its not popular opinion, remote working is not the answer.  We live in a closed system, a biosphere if you will.  Remove some of the plantings in the biosphere, oxygen levels will drop and the entire orb will turn to shit.  Same is true for our economic system.  Take away our drive and incentive to work and we will be in deep trouble.

Nice deep thoughts by Jack Handy, but what can we do about it Johnsen?  Don’t we have one of the biggest megaphones on the planet?  Isn’t the employment market inefficient?  How about pitching employers who are coming out of the trough about the benefits of running ‘help wanted” copy?  Hey, I also heard that the Feds have some more money lying around somewhere to stimulate the economy.  Maybe rather than just another dole, they can advertise the benefits of gainful employment.

In the words of UB40:
“Don’t let it pass you by,
You gonna wake up and wonder why”

Bringing the Billboard into the 21st Century —Revitalizing the Sunset Strip

The West Coast Steps Up