Shock Billboards Go Up For Oscars 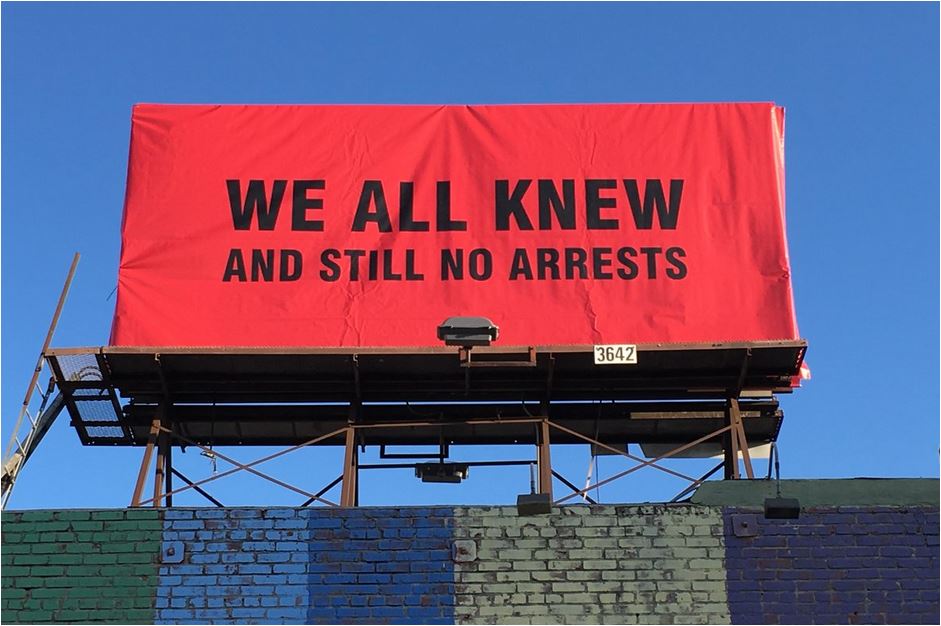 Los Angeles self-described right-wing, street artist, Sabo, and a crew of 6 men, installed a “Three Billboards” style pirated campaign Wednesday February 28. We say pirated, because he didn’t pay for the space or obtain permission to hang his own custom printed vinyls. He hijacked the billboards!  The place and timing; Hollywood ahead the Academy Awards, were “meant to call out Hollywood movie stars who kept silent about sexual exploitation in the Movie Industry.”

Bright red background with black copy, the vinyls were put up late Tuesday night over three existing billboards near Wilshire and La Brea boulevards, which is only a few miles from where the Oscars will be held Sunday, March 4th. 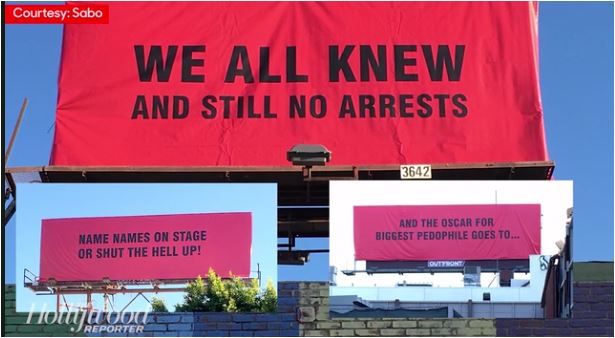 The vinyls were removed by the OOH company shortly after they went public, Wednesday morning.

Once again, the Outdoor Company had to redirect costly resources to remove the vinyl skins.  I spoke to two OOH Operators in LA yesterday, asking them their thoughts about the vandal and if there was any positive value, of any kind, coming out of the vandalism or hijacking.  Their responses were similarly frustrating, echoing the costs of man hours and as one manager noted, ‘the liability potential, despite the illegal act”, should someone fall or injure themselves as a concern.

LA is a big city.  There are thousand’s of billboards in the marketplace. It is a nearly impossible task to monitor every sign 24/7.  OOH Today shares the OOH Owners’ frustration.

Sabo has appeared on Fox News discussing his ‘ART’. (see photo below)

I don’t understand how he has not been prosecuted. While the OOH owner/managers agreed it was illegal, none were willing to comment further.

Sabo said it cost him $10,000.00 to hijack the Outfront Media billboards in Hollywood Wednesday.  Obviously, since there was no space cost, he overpaid for the production and labor.

They were climbing at night with the billboard lights on. That makes the task so much more dangerous.

They aren’t going to make a living installing with the shoddy workmanship and loose wrap.

Outfront Media seems to be targeted.

BAM the RAM Smashes Digital Out of Home

GO2018 Out of Home Media Conference and Expo