Seven Facts You May Not Know About Billboards 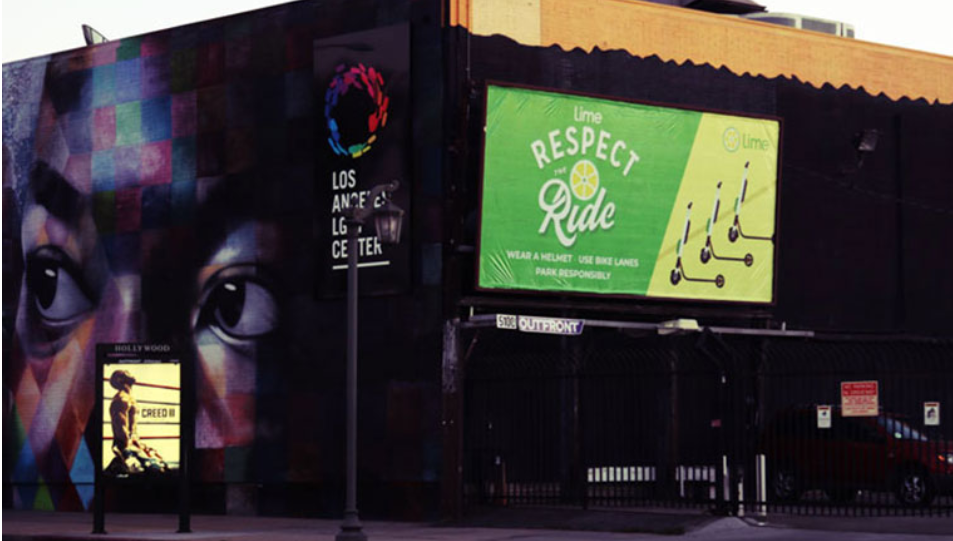 Seven Interesting Facts You May Not Know
About Billboards

You see billboards every day, but how much do you really know about them? Sure, you probably have command of some basic facts. You’ve undoubtedly heard some of the amazing stats about billboards, like 75 percent of people report noticing digital billboards in their daily lives and a third say they’ve gone to a business after seeing a billboard ad for it.

Yet you probably know little about the history of billboards, their out-of-this-world (literally) reach, or where the world’s biggest billboard is located.

To close out 2018, we thought it would be fun to take a look at some fascinating facts about billboards you haven’t heard before. Throw out this trivia during your next road trip to impress your family, or ponder these facts while considering why out of home advertising might be a smart move for your company.

Billboards are one of the oldest forms of advertising. Thousands of years before the first newspaper was published in England in the 1690s or the first radio ad aired on a New York station in 1922, an obelisk was set up in Thebes, Egypt, advertising a reward for the return of a runaway slave.

The fate of that poor slave is unknown, but the Egyptians realized pretty quickly they had happened upon an effective way to spread information. Soon, they began using obelisks to post laws, finding them a noticeable outlet to inform the general public about what was going on.

Up till then, the only mass communication media available had been public assembly or word of mouth. These billboard precursors called attention to the effectiveness of distributing a message to many people at once.

2. Electronic Billboards Have Been Around for at Least a Hundred Years

You undoubtedly associate digital billboards with recent times. After all, the modern-day digital billboard debuted in the early 2000s. But the electronic billboard’s history goes back much further. Oscar J. Gude, an early billboard pioneer, installed one of the first electric signs in the world in New York City in 1904. The sign lit up, carrying a flashing message for Trimble Whiskey.

Gude saw promise in the mass media capabilities of the intersection we now know as Times Square. Gude recognized potential in the place, which was visible to theatergoers exiting Broadway shows every evening. The whiskey sign greeted them as they walked to the newly installed subway station. People at the time said the glowing sign was visible up to a mile away, giving Trimble the flash and distinction it desired.

Did you expect us to say it’s in Times Square? That would have been a good guess, but earlier this year, Madrid, Spain, unveiled an ad that put it ahead of everyone else. At 5,265 square meters, this billboard is the size of:

The Madrid billboard outdid the previous record for biggest board by about 265 square meters, according to Guinness. The board advertised the Ford Espana and appeared on the side of the Edificio España. Cool bonus fact: Upon the completion of the campaign, Ford donated the material for the billboard to Apascovi Foundation, an employment center serving people with disabilities.

Speaking of Times Square, did you know the glow of the billboards there can be seen from space? It’s true.

A member of the crew from the Expedition 35 took pictures of New York City during a 2013 mission. The astronauts said they couldn’t identify a lot of places, but they clearly ID’d Central Park, a long rectangle in the middle of Manhattan, and the brightly lit Times Square billboards right beside the park. Alas, you can’t read the individual signs’ lettering — though that might have been a sign a billboard is too bright.

5. Scented Billboards Are a Thing

Your senses govern your desires, and when you see things that appeal to you on billboards, you want to buy them. So if it works with one sense, why not with another? That was the impetus behind a unique, though ultimately not all that successful, idea in 2010, when a grocery store in North Carolina delivered what’s believed to be the first scented billboard.

It smelled of grilled steak, and it garnered a lot of media attention, although it didn’t start a trend. There have been a few but not many smellvertising billboard campaigns since.

6. The Majority of People Do Notice Billboards

According to industry estimates, we may be exposed to up to 4,000 ads per day. That’s a heck of a lot of clutter, so cutting through it benefits any advertiser who doesn’t want to waste their money.

Thus you’ll be interested to know that yep, people really do see the ads on billboards. An Arbitron study found that 71 percent of people report not just seeing billboards but actually noting what’s on them. And more than half said they subsequently shared something humorous they saw on the board with another person.

7. The Most Expensive Billboard in the World Costs $2.5 Million Dollars

Fittingly, we’re back to Times Square for our final fact. The most expensive billboard in the world resides there. Google paid $2.5 million to rent the billboard when it debuted in New York City a few years back. The tech giant paid about $625,000 per week for the rental — or, about 125 times the average cost of a billboard in New York City.

Based on average daily traffic of 300,000 people, some 9 million New Yorkers and tourists will see the billboard over its month-long rental.

One thing is certainly true about billboards. For thousands of years, they have continued to evolve. Who would have guessed when that first obelisk went up that one day, people would be seeing billboards from space? To get your brand onto this form of media, contact DASH TWO to discuss the innovative possibilities.

Rodolfo Queiroz is an expert in the Out-of-Home world and is based out of Los Angeles, CA currently working at DASH TWO. Rodolfo has worked closely with clients primarily in the lifestyle apparel and music space, such as American Apparel, CoverFx and Interscope Records. Part of an agency, Rodolfo works with clients to help develop outdoor campaigns that reaches audiences through brand awareness and support their respective business objectives. He is responsible for the expansion and organization of client brands’ #OOH strategy.

Another Association Announces Introduction of Out of Home Audience Measurement…