MAs across the country. With the recent release of Kantar advertising spend data for Q4, the Geopath team has compiled two reports so we can compare Q4 OOH spending to the full year of 2020.

This week, we will venture down southern California to the “America’s Finest City,” and look at the 29th largest DMA in the country, San Diego. With that said, see below for the top ten spenders in the DMA for the months of October through December. 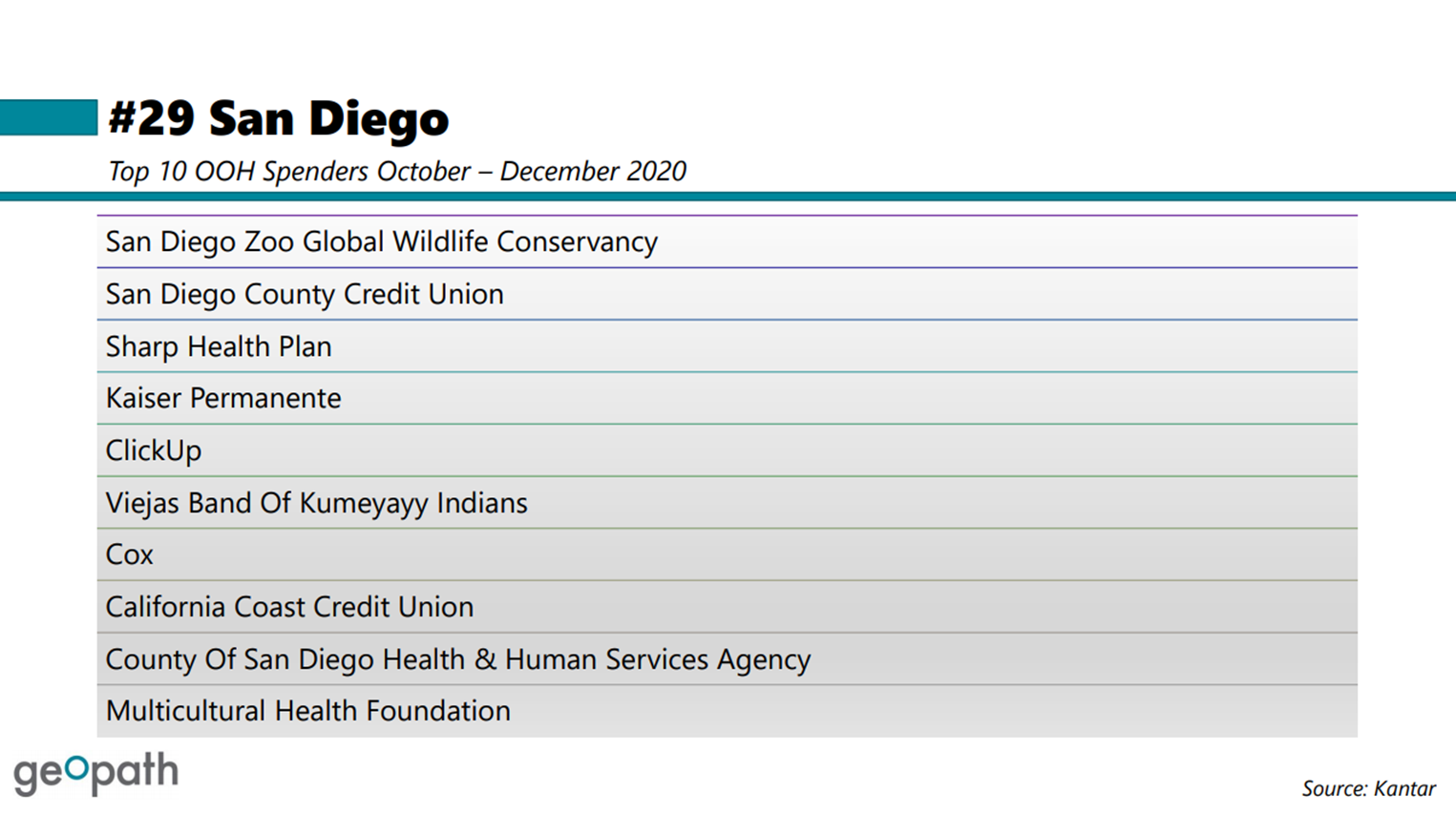 In Q4, the top spenders in OOH within San Diego were predominantly split between the Governmental, Financial, and Insurance sectors, represented by companies such as the San Diego Zoo Global Wildlife Conservancy, San Diego County Credit Union, and Kaiser Permanente. Additionally, the software category was also represented by ClickUp, and Cox was the sole representation for the communications industry on the top OOH spenders for Q4. Now, let’s see who the top spenders were in the DMA for all of 2020, encompassing OOH spending for all 4 quarters. 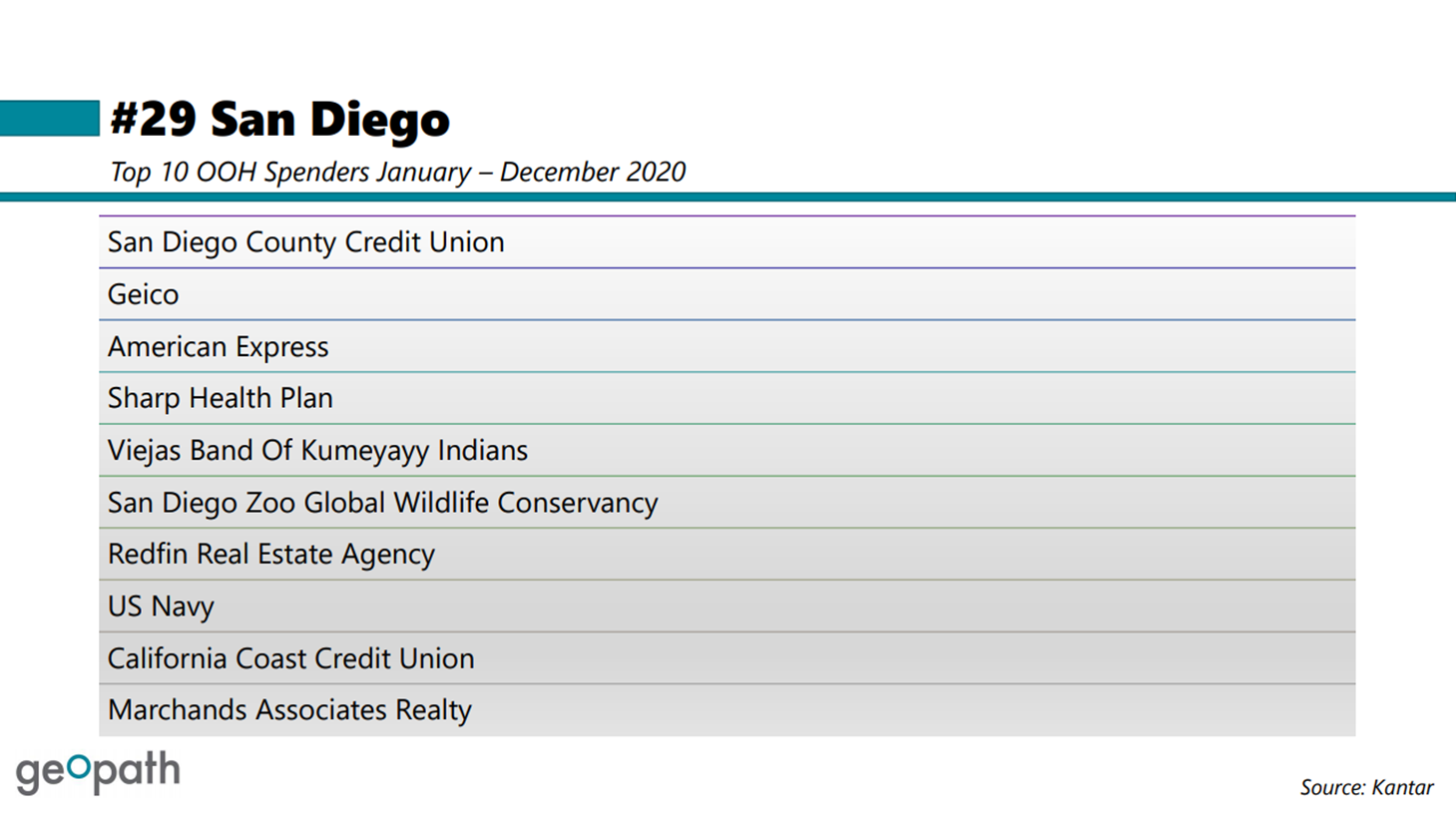 To start, half of the top spenders for the full year were also represented in the Q4, with San Diego County Credit Union, Sharp Health Plan, Viejas Band of Kumeyayy Indians, San Diego Zoo Global Wildlife Conservancy, and California Coast Credit Union securing spots on both lists for Q4 and 2020. It’s interesting to note that the San Diego County Credit Union was the top OOH spender for the market for the full year, and never dropped out of the top two positions in all 4 quarters. Additionally, the second top spender in the DMA for 2020 was Geico, which also appeared in the top ten for 71 other markets in 2020!

In terms of the five companies that were included in both top ten lists, although their ordering shifted from Q4 to the total year, their presence on both lists indicate either consistent OOH purchasing, or large OOH buys in Q4. Either way, with over 5,000 OOH assets audited within this market by Geopath generating 269 million impressions every week, it’s great to see these organizations were taking advantage of OOH to reach their target audiences throughout the DMA!

CACTI Launch and the Billboards that Made it Possible