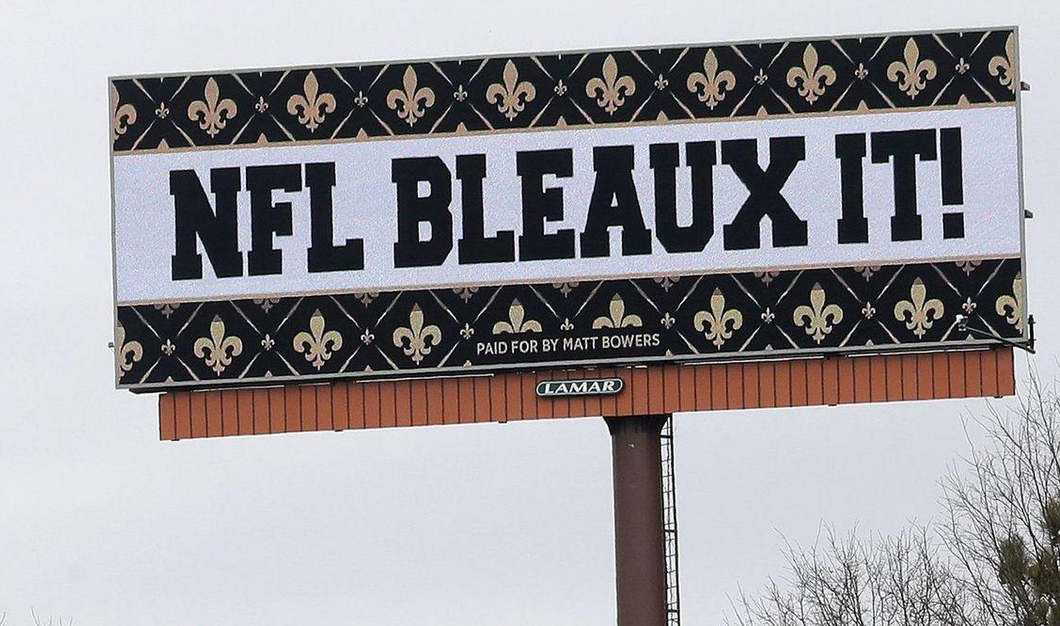 There’s Three Billboards Outside Ebbing, Missouri….and now 16 Billboards in Atlanta,
courtesy of car-dealership owner, Matt Bowers. Matt Bowers, a diehard New Orleans Saints fan who owns car dealerships throughout the southeast, has rented billboard locations in and around Atlanta to voice his displeasure with the NFL. How appropriate the business went to Baton Rouge, Louisiana headquartered Lamar Advertising. According to Lamar/Atlanta, General Manager, Nick Brown, the creative hit the streets in less than 30 minutes from Bowers initial phone call.

Using Digital OOH and the flexibility of fast and easily changed copy, the messages were mixed with one common theme all aimed at the NFL.

Win or lose, the lawsuit that is, the Fat Lady Sang and New Orleans Saints lost the game. The game is not ‘a do over.’  Life, albeit a richer one for Lamar Advertising, goes on.

The LA Rams, the outdoor advertising industry and what appears to be an exclusive buy for Lamar, were the big winners and of course the media.

Chevy in a Box