The 2022 program focused on ‘safer vehicles’, educating young drivers about the importance of considering safety in deciding which vehicle to purchase and encouraging them to research star ratings and safety features whenever they are buying a used or new car.

In 2022, the Re:act program ran in Australia with design communication students at universities in Victoria, NSW, Queensland and WA and with graphic design students at TAFE colleges in Victoria, NSW, Queensland, WA and South Australia. Internationally, Brazil and the United States have this year joined the United Kingdom in running the road safety program.

As part of Re:act, the selected Australian campaigns are launched on the roadside and retail digital assets of long-term Australian media partner oOh!media, who in 2022 is providing even more support to the student campaigns as part of their commitment to making a difference on our roads.

“Raising awareness and educating young people to buy safer vehicles is a challenging road safety message to communicate but the participating Re:act students put in a fantastic effort to create campaigns that will educate their peers,” said Re:act Founder and CEO Andrew Hardwick.

“Safety can sometimes be down the list of competing priorities when you are buying your first car, for various reasons. So if these campaigns can get young people thinking about star ratings and safety features for their first as well as subsequent vehicle purchases, that will have an immediate and lasting impact on improving the level of safety of vehicles on our roads.

“The Re:act program will exceed a global audience reach of 20 million with the launch of the 2022 campaigns and I thank our program partners for their continued support, particularly Australian media partner oOh!media for its continued dedication to Re:act and for extending its commitment to the program until at least 2024.”

Robbie Dery, oOh!media’s chief commercial operating officer, said: “With young people disproportionately impacted by road trauma and death across the country, it is fundamentally important we communicate with young drivers at the moment of key decision-making – when they are behind the wheel.

“As Australia’s largest Out of Home media company, oOh!’s national digital network can reach these young drivers at scale and encourage them to make safer decisions about their vehicles and driving. oOh! has partnered with Re:act for several years and we’re pleased to continue to support this important initiative and reinforce key road safety messages to the country’s youngest road users.” 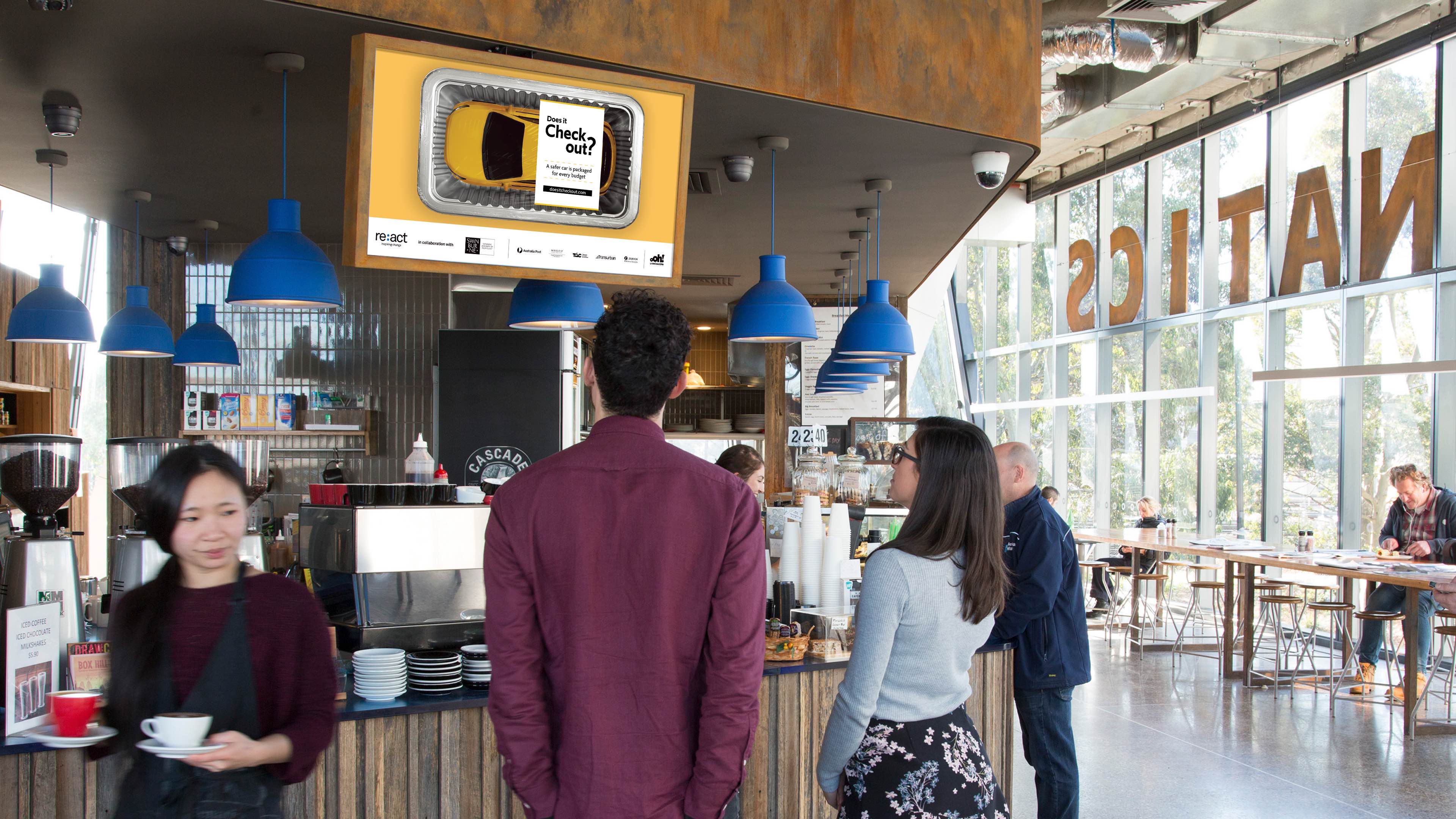 Campaign: Does it check out?

“We have put a lot of effort into making this campaign come alive. From photoshopping cars and stale food to shooting our TVC in the Swinburne photography studios, we have enjoyed expanding our skills while raising awareness regarding purchasing safer vehicles.” 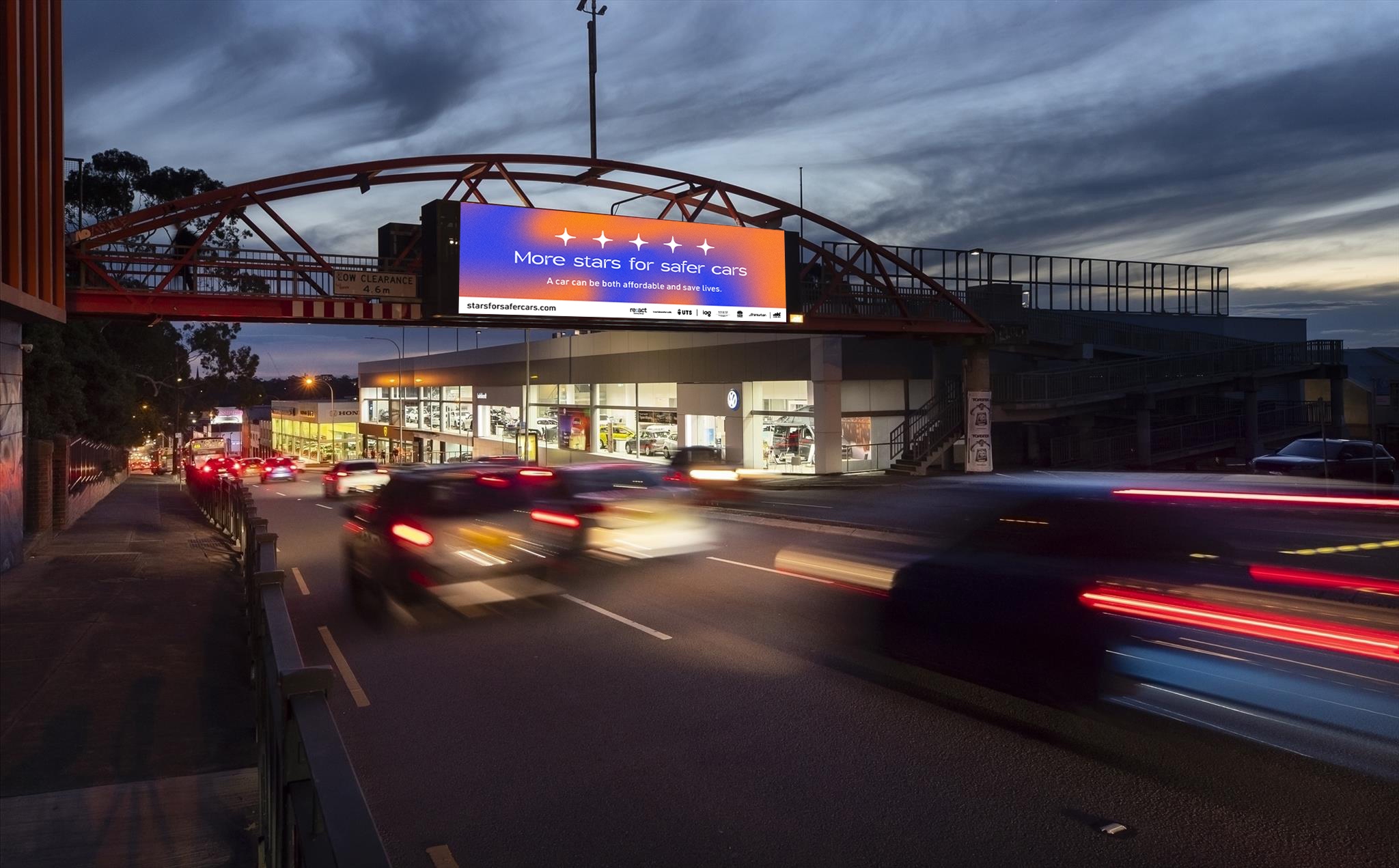 “My experience participating in Re:act was challenging, insightful and rewarding for me both personally and as a designer…my learning journey began after admitting I only knew two vehicle safety features and that I had no clue as to what the vehicle star safety rating was.” 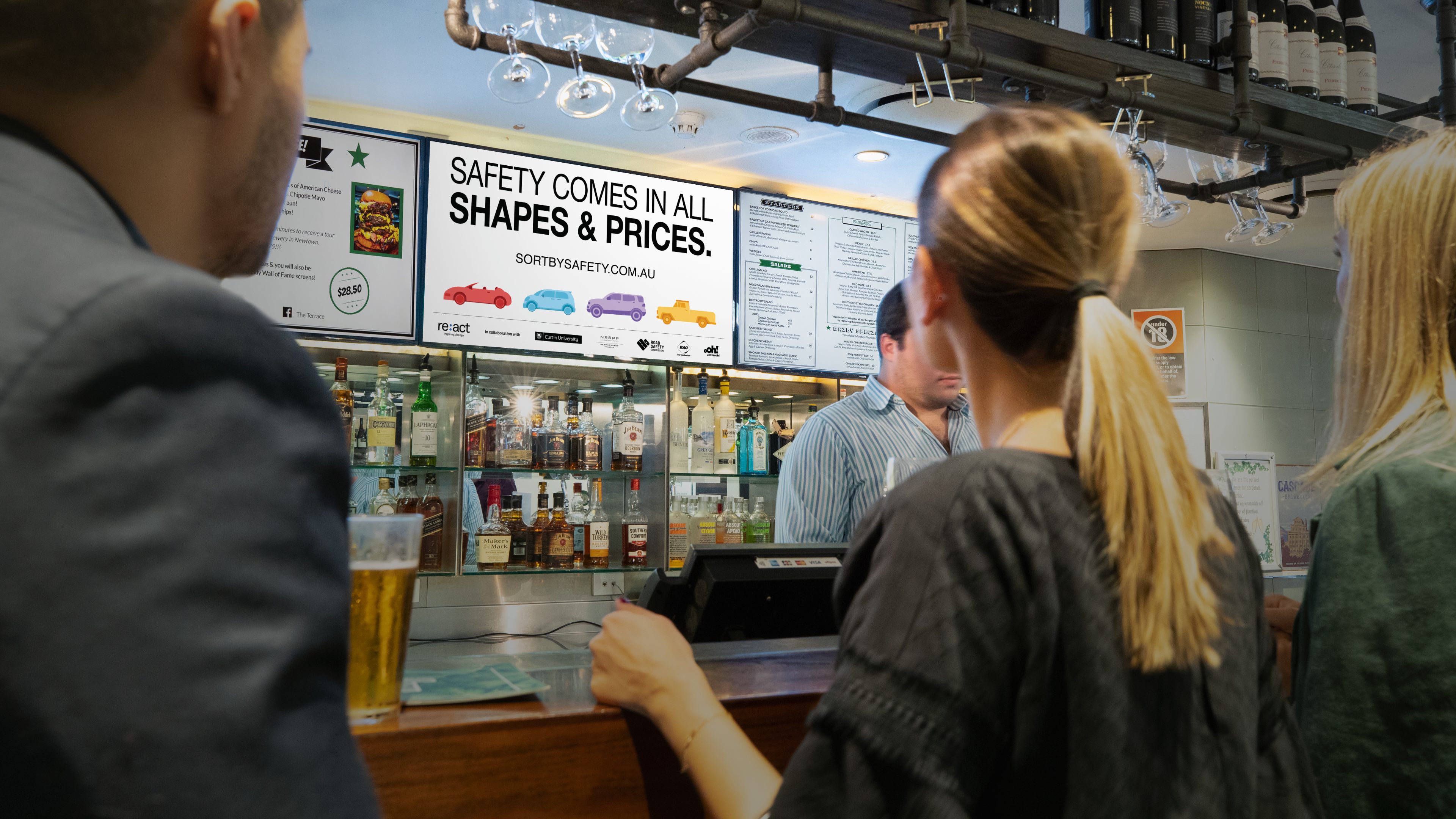 Campaign: Safety comes in all shapes and prices

“Before Re:act, we had minimal knowledge of road and vehicle safety. What we learned, and what we hope to communicate through our campaign, is that prioritizing safety when purchasing your next vehicle is not an expensive decision and should be treated as an investment in your health.” 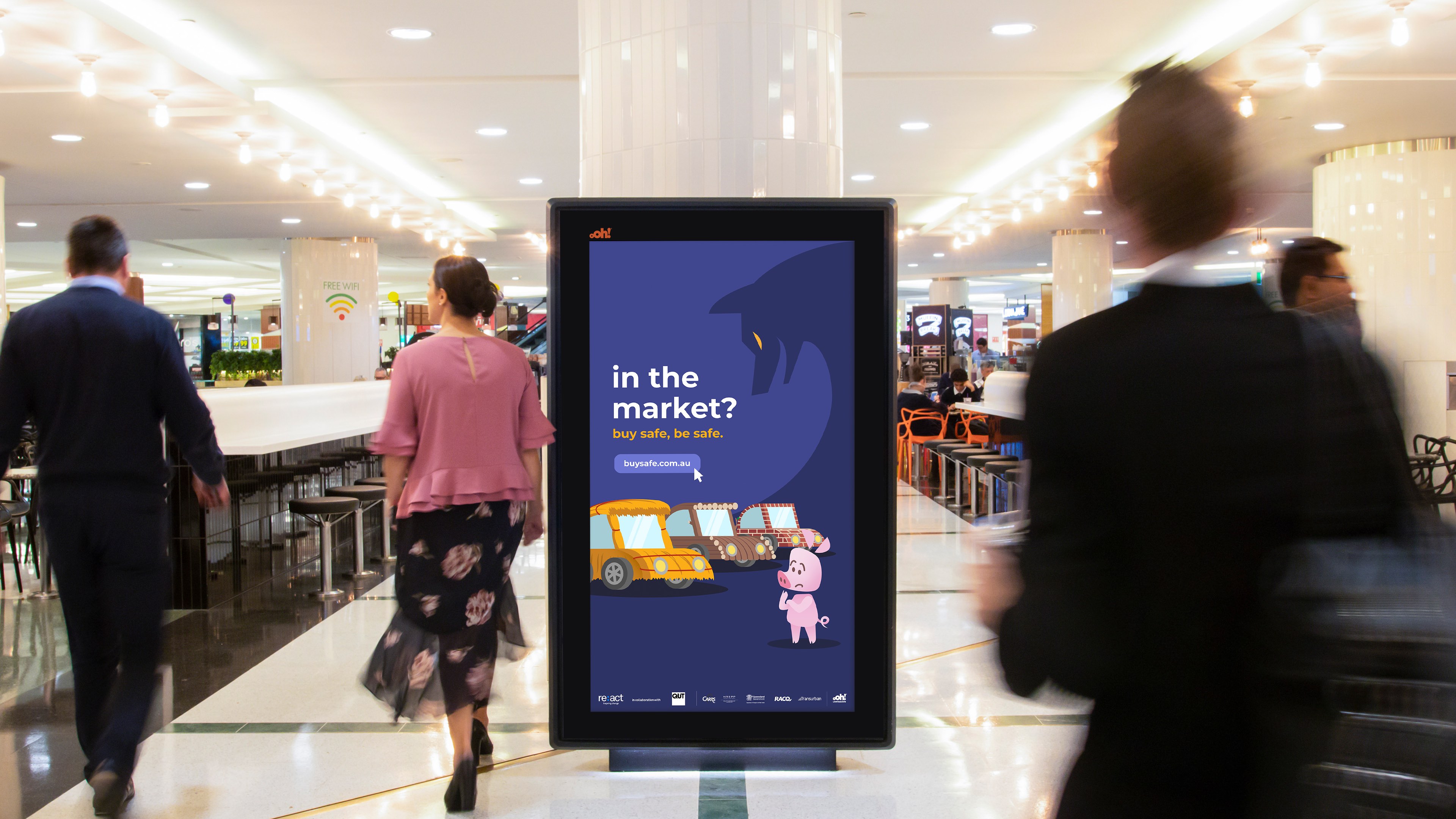 Campaign: In the market?

“To create a vehicle safety campaign as part of the Re:act 2022 road safety behavior change program was an amazing opportunity to have, and I am so grateful to have had the chance to design something meaningful and impactful like this.”

Since 2016, the annual Re:act road safety behavior change program has increased awareness, built knowledge and changed behavior of drivers and other young road users as well as their personal and professional networks.

Globally, 12 Re:act programs will run in 2022 across Australia, the UK, Brazil, and the US.