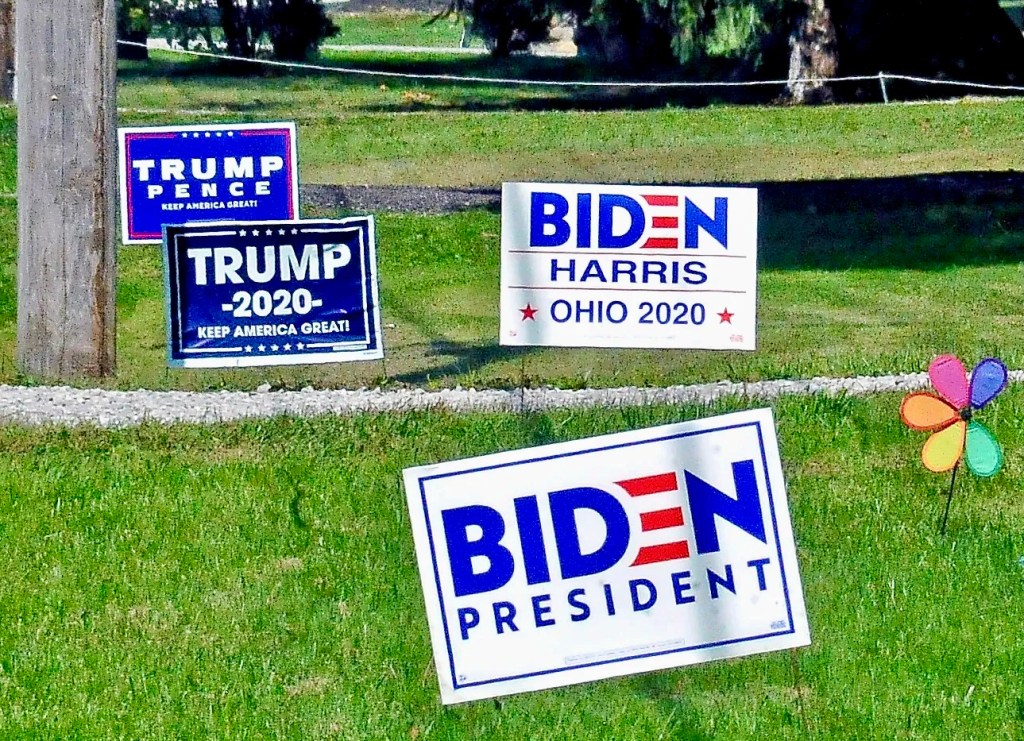 It’s a topic that comes up every four years, now we’re talking about it every two years. It’s a bit of a dirty word in our industry, “politics”, because of all the time and effort we put into pitching this business. And not much has come back. There’s no doubt that it’s grown, mostly because the advent of digital signage. But when you think about it, between thousands of available static poster units, static bulletins and the constant addition of digital screens nationwide, political budgets should be growing at a much faster pace. It’s my job to tell you why.

I always like to point back to 2016, when outdoor signage actually worked for a candidate. It was all very traditional, in fact it was mostly lawn and yard signs that inundated neighborhoods nationwide. Especially in what we call the flyover states. Don’t make me explain what a flyover state is, it’s pretty self-explanatory. Just think of all the places you don’t see when you want to get from one coast to another. You fly over them, that’s a fly over state. There, I just explained it. 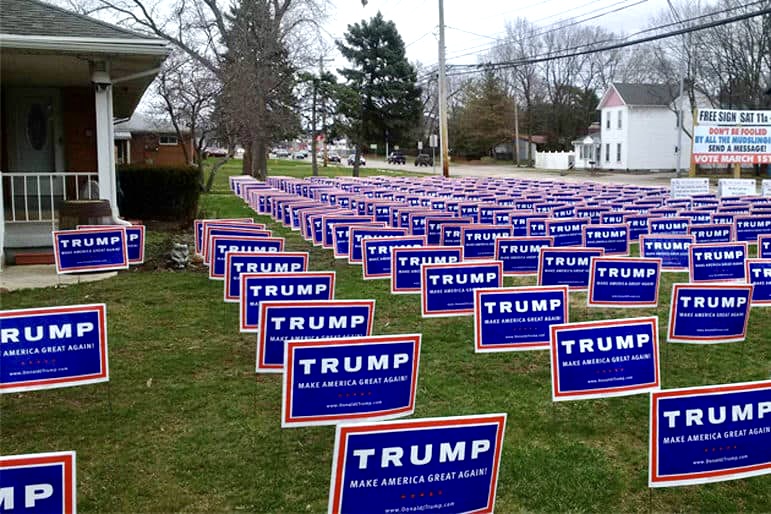 Well, back in 2016, two things happened that I believe helped sway the election to Donald Trump. First off, it was hard to find any sort of neighborhood in the country that did not have Trump signs on their front lawn. They were everywhere, even in highly Democratic neighborhoods. An inexpensive, you don’t have to pay for the space, type of advertising in its rawest form. As far as I could see, and I rode a lot of states in 2005-06, it was at least 5 to 1, Trump vs Clinton, in the stick-a-sign in the ground game. Heck, even six years later a lot of them are still there.

Not only that, I remember as a media buyer pitching the agency that was handling the Clinton Campaign. I had highly recommend the use of digital screens in the key states, to counterbalance all these damn yard signs. Not just digital bulletins but digital shelters, malls and convenience stores. In addition to this, I recommended some static units in areas where there was no digital. It was a wonderful plan that was received well, but in the end, I remember the email that said thanks, but we’ve decided to take that small amount of money we were earmarking for OOH and put it in our political comfort zone.

So in the months, then weeks leading up to the November elections, there was some OOH purchased for the Trump campaign, hardly any for the Clinton campaign, but virtually every yard, every business, anywhere there was grass, had a damn Trump sign. These little buggers were everywhere. Now is that considered out of home media? Heck yea it is. What is cheap to use? All they had to do is print, assemble them, and have people stick them in the ground. Voila, a massive OOH campaign. With zero competition. And no space cost.

And we all know how the election turned out in 2016. Jump to 2020, where there was a lot more OOH in the mix. The Democrats figured out that these silly little yard signs and bumper stickers really do work

so they flooded the market as Trump did in 2016. Not only that, but the Biden Campaign used a major OOH buying agency and bought, by state, a lot of digital signage, especially roadside bulletins. And we know how the 2020 election ended up. Someone learned a lesson. But it’s time to get schooled a little more.

Enter 2022. As we all read about these midterm elections, they’re not only very important but they’re extremely contentious. Campaigns, at all levels, are going to pour millions of dollars into TV, radio, OOH, DOOH, but most important, pDOOH. Yes you saw that right, programmatic digital advertising. The off-line kind of stuff that gives politicians and their campaigns all sorts of flexibility that they really haven’t used or had in the past. One call to their favorite DSP and they can place specific copy virtually anywhere there are digital screens, in any state, county, ZIP Code, you name it. Without tossing out the inexpensive yard signs, which you certainly will see a crap load of in 2024, unless I’m grossly mistaken, I expect to see a huge upgrade in programmatic placements for political candidates. Remember where you heard this

Just like having a good OOH rep at any of the big or small billboard companies, programmatic digital will let you know immediately if the screen you want accepts political copy. But the kicker is you don’t have to wait long for that copy to be approved, it might be approved in an hour but definitely within the day. And you can have it up and running within minutes of approval or overnight for as long as you need it. Just want to reach morning commuters, buy the mornings. Going after the female vote, there’s a lot of signage these days in grocery stores, hair salons and restaurants/bars. Those digital taxi tops that are now on top of rideshare vehicles as well? Bingo!

So in a perfect world, if I was helping to plan for either 2022 and especially 2020 political campaigns, I would first and most importantly heavy up on OOH. I wouldn’t just designate 3% of my budget, if you want this to work you’ve got to go all in. I would plan a mixture of street level, 30 sheet size posters, they’re super cheap and you can buy a ton of ’em, some key highway static bulletins and digital units, then heavy up big time on programmatic digital, filling all those gaps that television can’t give you. I would put over half my OOH budget in the programmatic digital arena, and hammer the hell out of all the flexibility these displays can give a campaign. Multiple copy that rotates, that can also change just like television ads do, based on current news and what dumb thing a candidate did that morning. Reach voters while they’re driving, while they’re shopping, while they’re walking, while they are in a taxi, while they are 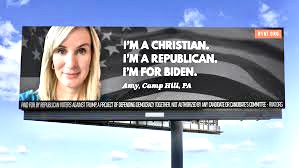 pumping gas, while they’re in an elevator not knowing what to say to the person next to them, driving behind a semi-truck with nothing in front of them except, for maybe a digital screen in their face, renting a ride-share bicycle, or waiting for public transportation inside or outside stations. You can even buy digital screens inside bathrooms if you really wanna be annoying.

What are you waiting for, these are all at your fingertips. As a buyer you don’t even have to talk to anybody you can just go onto a platform and go nuts. Really 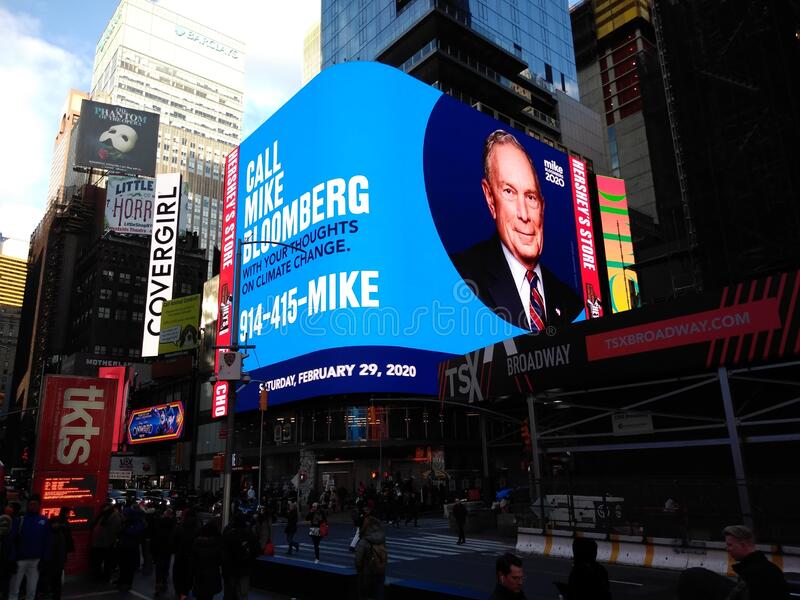 Because you see, these digital displays in the last five years have popped up everywhere and more will keep popping up. They’re multiplying like Gremlins. And political agencies can throw out the window the complaint that out of home media is hard to buy and hard to use when promoting campaigns. Using the targeting capabilities of programmatic digital, in addition to your other usual buys, has become incredibly easy. Given the proper instructions and using the proper DSP, an intern could do it through a programmatic DOOH platform. Again the whole point is increasing your reach.  By tenfold. Just like that silly old Trump campaign did with thousands upon thousands of lawn signs in 2016, this should be the year that DOOH steals an election.

OK, maybe we shouldn’t use the word steal, some people take that too seriously. How’s about impacts an election. Just like those lawn signs had an impact in 2016. 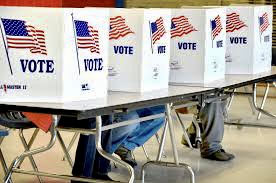 Impact. Think of the impact thousands of digital displays used properly around the nation can have on an election. Impact. I like that. And there’s nothing illegal about it.

Note: the writer has studied politics his whole life and has a graduate degree in it. He had a family member, a well-connected family member, based in Chicago, who had a huge impact on the 1960 Kennedy-Nixon election, where Kennedy took the city of Chicago, which took the state of Illinois, which put him over the top on the electoral count, got him elected President.

Kinetic Research: The Rise of the Mobile Spender