Before it gets completely silly, perhaps it’s time to evaluate what a glamour shot really is?

Subjective terms used to define shot types are ineffective and fraught with misjudgements.

The need to standardize the shot types we shoot for OOH are long overdue. At this point, there is a compounding need being created by national advertisers demanding a specific “shot type” when few can actually agree on what that shot type is exactly.

Chief among the abused words is a POP photo which most of us simply referred to as exactly what POP implies, Proof of Performance. But national brands have altered the meaning now to insinuate that a POP is a Glamour shot. That begs the question of course, what exactly is a Glamour shot?

The problem with the typical POP or installation photo and also the webcam photo is they rarely if ever provide the context needed to satisfy a customer. Imagine a photo of a diamond; by itself, you have no idea of its size, you need context. This is what customers are demanding with their advertisements, they want context to validate their expense.

The current push to alter the definition of a POP photo by national brands and their agencies will eventually topple current norms because there is no proforma document Out of Home can use that defines context and shot types in general. We would prefer to not see that happen, because the changes do not get rid of the problem, they only seek to appease the loudest customer.

We have laid out a simple, objective proforma. Gone are terms like glamour and hero shots and in are objective terms and the constraints to modify shots. We recognize this document will evolve and grow as the industry evolves. Here is what we have devised.

There are 3 approach shots. All are shot with a standard length focal range (typical of what we see with the human eye.) All are shot at ground or near ground level.

1. The Long Approach 200 – The billboard photo, taken approximately 200 feet from the board which will be in the Middle Left or Middle Right with the traffic approaching (the cars in which people see the board) in the remaining Middle thirds. As much of the main highway or road that the billboard is intended for should be visible.

2. Mid Approach 100 – The billboard photo, taken approximately 100 feet from the billboard will be in the Middle Left or Middle Right with the traffic approaching (the cars in which people see the board) in the remaining Middle thirds. At least two lanes of roadway should be present on the highway that the billboard faces.

3. Approach Best Look – The billboard photo, taken approximately at a 45 degree or more angle (higher or lower allowed) which best shows the board in the Middle Thirds with no or as few as possible obstructions which may sacrifice the inclusion of lanes of traffic.

The Constraints
1. Type of file
a. Large Raw,
b. Medium JPG 5mb or larger
c. Small JPG 1mb
2. Digital Screens – shot from a static position because of camera setup, usually crossing over traffic when possible if not from the shoulder.
3. In-lane (photos from a driving lane) – requires extra crew and does not include Digital faces
4. Close up – regardless of where the photo is taken, the lens and the quality of the photo must be good enough for a cropped edit.
5. Production FX – includes time lapse and other photo techniques such as light streaks
6. Post Production FX – includes sky replacement, colorizing and masking.
7. Specialized Focal Length
a. Wide angle
b. Telephoto
8. Skill
a. Happenstance – implies that a person is at the location with a camera and can point and photograph the subject in focus.
b. Skilled outcome – implies that a person is prepared to take the photo with enhanced equipment and skill to achieve a more appealing outcome.

So then, what really is an Install Photo or POP Photo and are they different? For some industries they are also called Verification Photos. Again terms that tend to muddy up what it is that is being accomplished.

When a POP photo or Install photo is taken, it is specifically taken to accomplish a goal. With OOH, that implies a few things; is the static hung correctly, was it hung on time, is the digital board showing the advert correctly, is the board fully functional and is the ad rotating at the agreed upon interval and then one more incredibly important detail, is the advertisement on the agreed upon face at the agreed upon location? Unless you have the billboard ID in the photo, a drawn back photo to include objects, buildings or roads to give context is mandatory. Does a POP or Install require traffic or implications of obstructions or other issues, we think not!

Standardizing photography terminology is a must-do for Out of Home, the OAAA and the affiliate organizations, agencies and individuals working in this industry. The first step is to recognize the subjective terms currently being used are not helping and then to use universal standards that national advertisers will also embrace.

Now there is a place for the artistic and the fantastic. It’s fun to see the moon shot now and then, but like drone photography, it has its place. The customer is largely  looking for reality. It might be fun to send along this photo, they might even ask for it now and then. What do you call it, what would they call it? Is it an approach shot? Is it a glamour shot? The truth is this, what the lead photo to this story is, is unreal, it’s just fantasy. 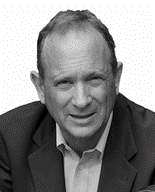 Help us Help You by keeping the only Independent Voice for OOH. Click ⇒Subscribe to OOH Today

OOH They Said It Today