Outdoor Always Made It More Real —’Just Do It’ 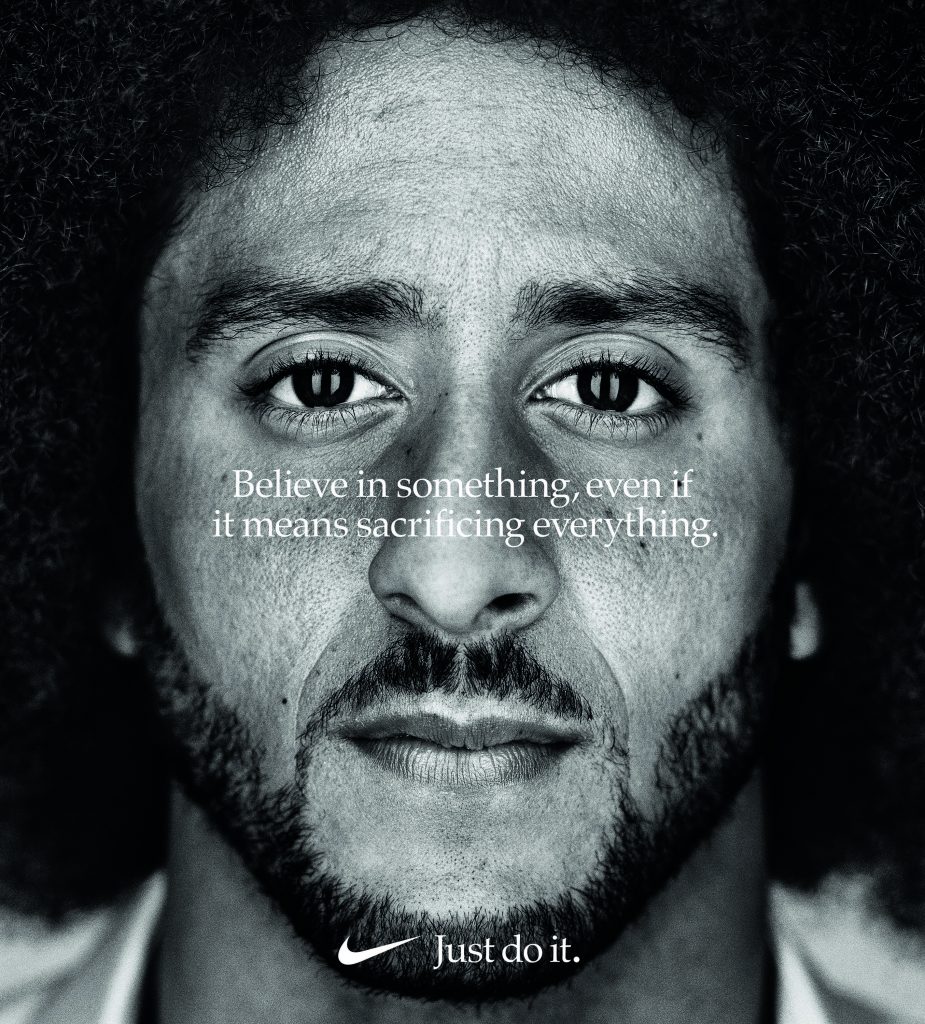 At the Cannes Lions International Festival of Creativity this week, the top award for Out of Home (OOH) was Nike’s Colin Kaepernick billboard, ‘Dream Crazy.’

Long time Nike agency, Wieden & Kennedy’s creative of a black-and-white portrait of Kaepernick and the copy, “Believe in something, even if it means sacrificing everything,” was cited by the Outdoor jury as the “hands down winner.”

Two Grand Prix awards could have been given, only the Nike submission was recognized as the one worthy of the hardware.  Crediting social media and the image’s power on Twitter for the greater success of the campaign, the jury said, ‘outdoor made it more ‘real.’  Back in 1989 when the ‘Just Do It’ campaign first gained life, Nike’s outdoor campaign was very real in the ‘larger than life itself’ delivery only OOH can provide.

very real in the ‘larger than life itself’ delivery only OOH can provide.

The judges defined the winning criteria as:

Here are three more quotes from the judges we note worth sharing.

John Patroulis, the worldwide chief creative officer of Grey, “Understanding the responsibility we have as an industry of being in a public space, we’re not invited in, so we felt we needed to award work that’s contributing somehow. It can’t detract.”

Paul Nagy, CCO at VMLY&R Australia and New Zealand. “That one image, they’ll be teaching ten years from now, not just in marketing books, but in history books,” he said. “In my opinion, it’s the greatest Nike ad of all time.”

‘…when you put it out in the world, as a giant iconic image, it becomes real’. John Patroulis, CCO/Grey

The original tweet “was the most important social moment of the last few years,” Patroulis again, “But when you put it out in the world, as a giant, iconic image, it becomes real.”

What are your thoughts?
Was the Nike/Kaepernick billboard, ‘Dream Crazy’ your best OOH for 2018?

Here is a List of All 65 Outdoor Winners at Cannes