OOH Unites to Welcome 2022 With a Bang

From Amsterdam to London, Eindhoven to Edinburgh, hundreds of digital out-of-home screens in 35 UK and Dutch cities celebrated the arrival of 2022 with virtual fireworks displays, replacing traditional New Year’s Eve celebrations which had either been scaled back or cancelled for a second year.

In the UK, premium DOOH operator Ocean Outdoor switched more than 380 of its large format and full motion city center and roadside screens to a vibrant explosion of color to ring in the start of 2022. 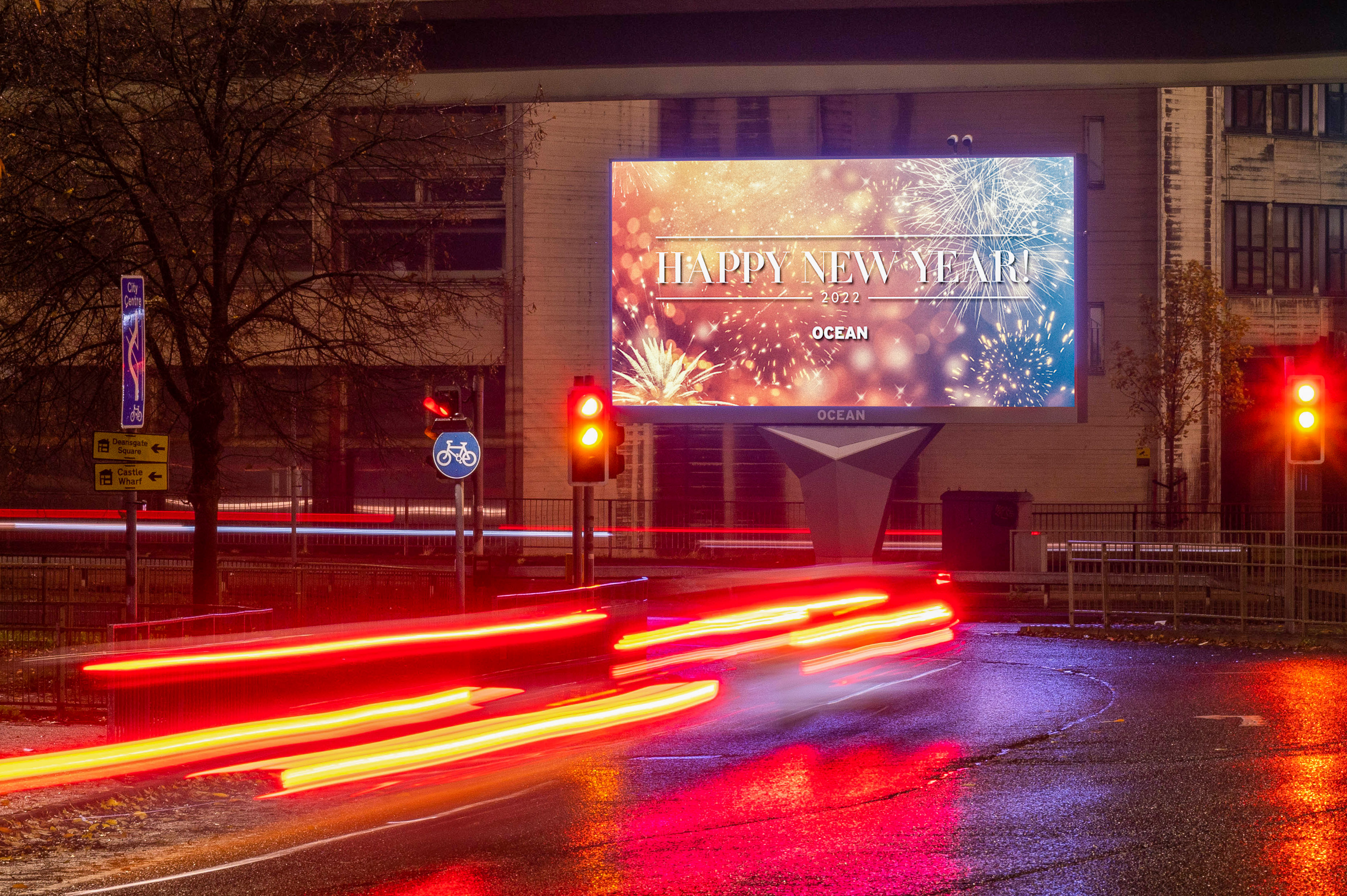 As the bongs of Big Ben chimed at midnight for the first time in four years, screens in Glasgow, Newcastle, Southampton, Norwich, Leeds, Nottingham, Bournemouth, Liverpool, Derby, Edinburgh, Manchester, Birmingham and London switched in unison for 24 hours. The artwork was created in-house by Ocean Studio. 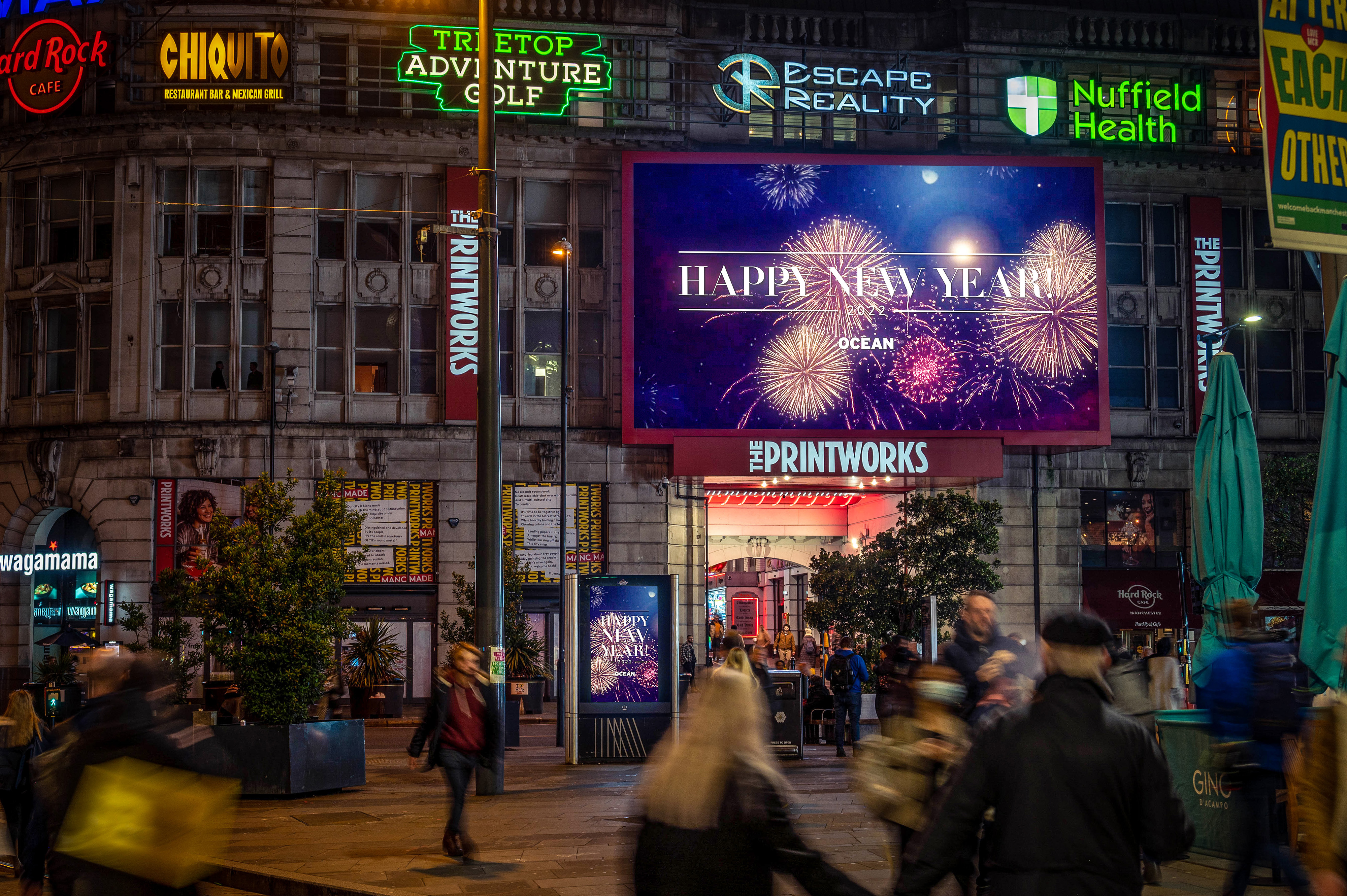 In London, the world-famous Piccadilly Lights carried a 10 second countdown to midnight followed by a 30 second Happy New Year montage.

Joining the festivities in the Netherlands were 42 Ocean screens in 22 cities, each one wishing their local community Gelukigg Niewjaar. 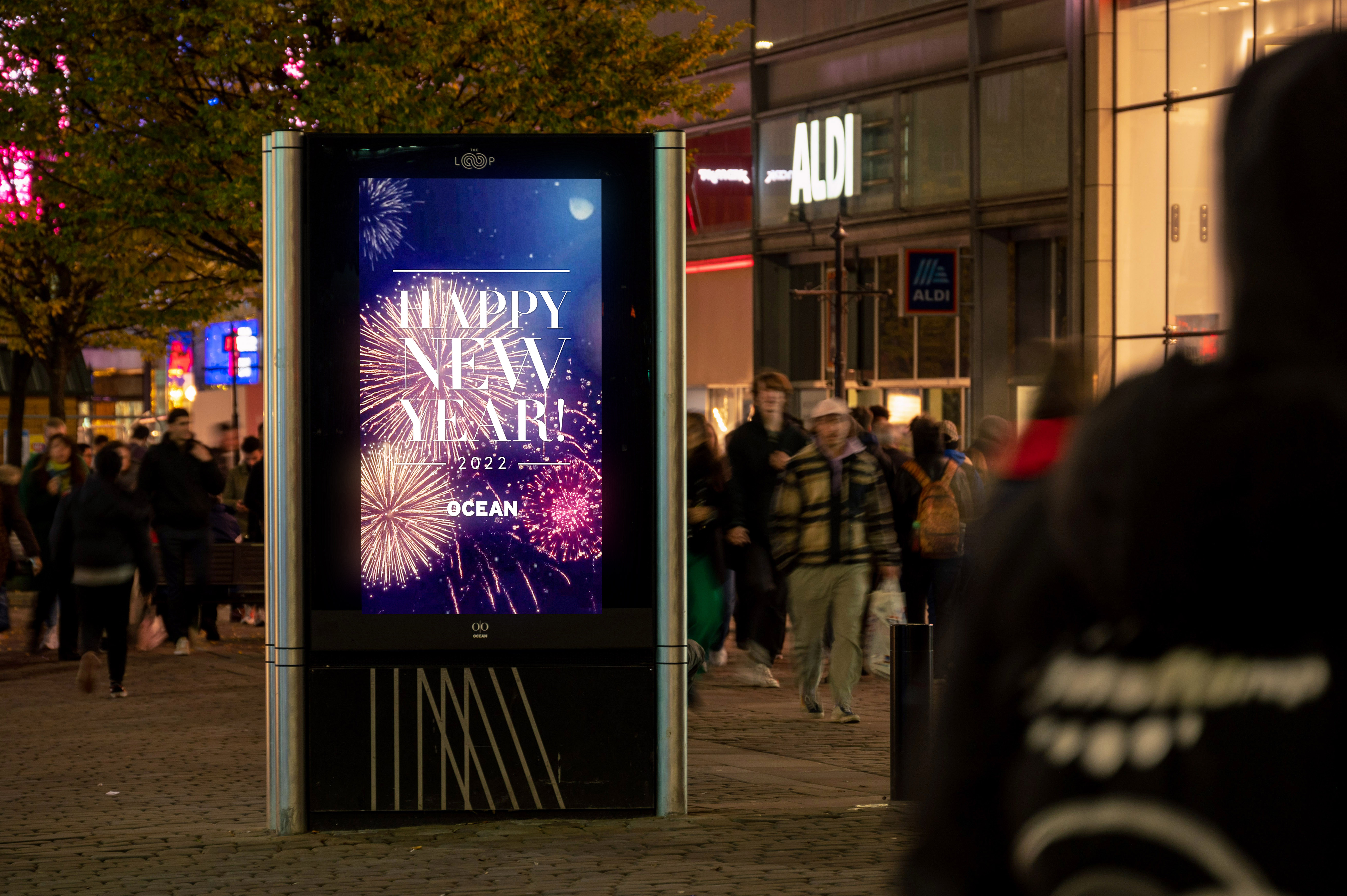 Ocean chief marketing officer Richard Malton said: “This is the first time we have switched our screens in unison across three countries to celebrate the arrival of the New Year. With so many large events, such as Hogmanay in Scotland and London’s traditional fireworks display cancelled, it seemed appropriate to light up the skies and celebrate with the local communities where we live and work.”