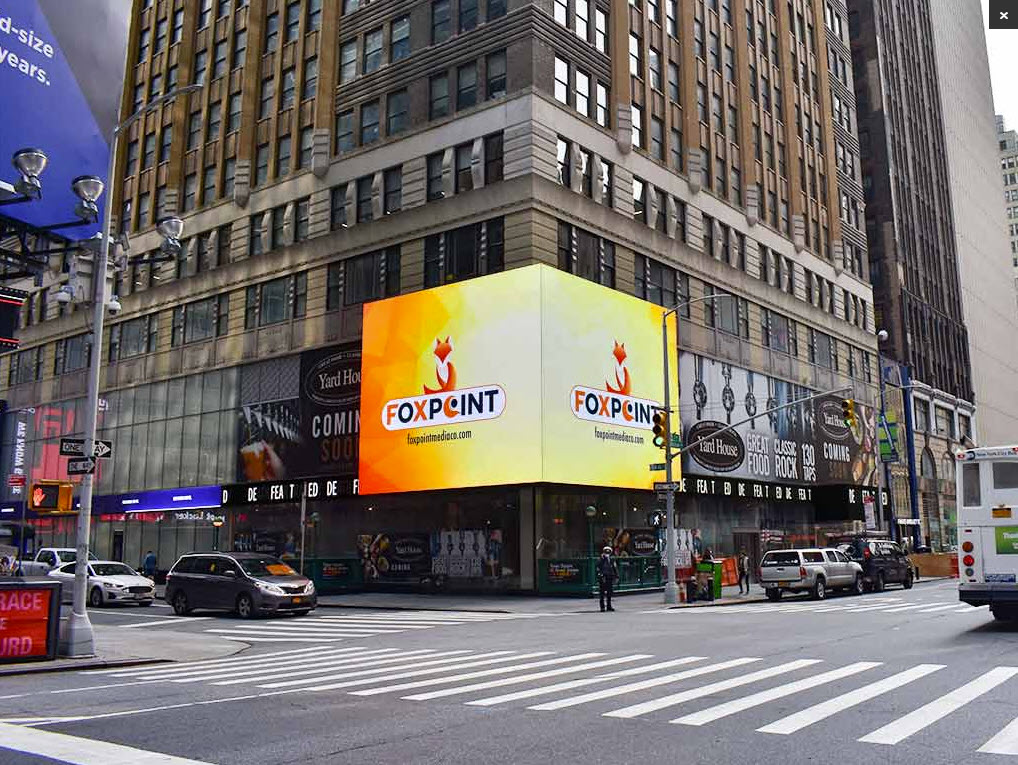 The 34-story building, with almost 575,000 square feet of commercial office space, is on the northern edge of Manhattan’s Garment District and a block away from Bryant Park. Originally called the Bricken Textile Building, 10 Times Square is owned and managed by L.H. Charney Associates, a privately held real estate development company headquartered in New York City.

The new display system consists of four separate LED screens: a ticker along 41st Street, a large-format corner display, a ticker down 7th Avenue, and an all-LED sign that projects over the restaurant’s entrance.

All displays employ a pixel pitch of 10 mm with varying resolutions. The main corner display is 24 feet high by 67 feet wide. In total, the four LED screens consist of 1.9 million pixels and cover more than 2,000 square feet of digital signage canvas.

“The new Yard House display technology is a great addition to 10 Times Square,” said Nicole Rotyliano, project manager for SNA Displays. “The screens are oriented so that people coming from all directions can view them from blocks away.”

The biggest challenge with the multi-screen installation, according to Rotyliano, was sequencing the displays in a way that would achieve the design intent, which was to align the existing ticker with the new ticker along 41st Street and wrap the building with LED displays down 7th Ave, all while maintaining a strict 1/4″ tolerance to allow for sufficient movement.

“With an ambitious design that incorporated nine individual sign faces all connected at 90-degree angles, the Yard House display presented our team of structural engineers and installers with a unique and exciting challenge,” said Rotyliano.

Yard House Times Square, which was announced in December of 2019, is an American-style restaurant that offers a globally inspired menu, more than 100 taps of craft and imported beers, and custom cocktails. It currently occupies several stories (about 19,000 square feet) of prime retail location.

SNA Displays is headquartered in Times Square and has worked with clients to design and build some of the largest and most recognizable digital spectaculars in the world. Discover how Dreams Live Digitally® at snadisplays.com.

About Foxpoint Media
Foxpoint is a rapidly growing outdoor advertising company with over 100 combined years of OOH experience. They develop and operate traditional and non-traditional outdoor signage platforms and are actively marketing/selling media across the U.S. For more information, visit foxpointmediaco.com.