A new position for both men and the only co CEO’s of the Big 6 Multinational OOH Agency Buying Services.
The rest of Kinetic’s management team, Maureen McCloskey, Jaime Byrdak, Susan Page and
Karin Baatsch-Deboulet, remain in their positions.

Former CEO, David Krupp, is leaving. The announcement comes to nearly no one’s surprise in the OOH
Industry, as rumors of Krupp’s departure has been well circulated the last 60 days. There is a speculation
where he is headed and more importantly, if he’ll bring any current Kinetic clients with him, like MillerCoors.

In 2006 David Krupp opened the Chicago offices for Kinetic. He became President in 2012, where he oversaw
all domestic offices planning and investment, agency partnerships and new business development.
This all the while operating out of Chicago. In less than one year, Krupp was promoted to CEO.
Krupp undoubtedly earned a lot of air award miles traveling to NYC.  The importance of recognizing Kinetic
permitting Krupp to stay in Chicago, spoke volumes. What other President or CEO of one of the Big 6
Multinational OOH Buying Services, does not live in NYC or permits the leader to operate in a city other than
where their main offices are located?  Kinetic thought that much of Krupp.

As Krupp moves on to pursue other opportunities, we’ll share more when we are able to do so.

Congratulations and best of luck to the new Co-CEO’s, Michael Lieberman and Cedric Bernard. 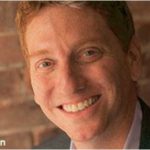 We met and shared beverages in a post event with Michael Lieberman, at the time
Kinetic Chief Strategy Officer, last November, at the DPAA ‘Video Everywhere’
Summit 2017. Liberman was a speaker on a DPAA panels.  Probably the only thing
better for Lieberman then his recent promotion, will be a University of Michigan
NCAA win later tonight. Lieberman is a graduate from the University of Michigan’s,
Stephen M. Ross School of Business. See his LinkedIn profile. 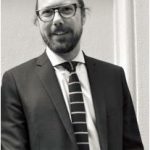 Cedric Bernard, has been with Kinetic US, since 2013, starting as CFO, then in 2016 named CCO, a title he held prior to last weeks announcement.  Prior to joining Kinetic, Bernard was executive vice president, operations and finance at Dentsu and before then he was with Publicis Groupe for eight years.  Bernard’s LinkedIn profile lists his education at the PSB Paris School of Business.

Our friend and OOH colleague passed away