One Year Later, What’s Your Move?

Nick Coston, OOH Media Buyer —What will keep you up at night?

One Year Later, What’s Your Move? 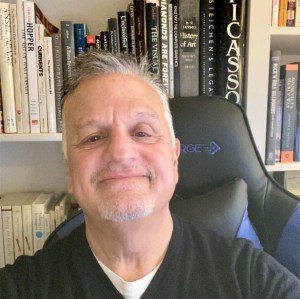 A year ago while taking Amtrak back from NYC to Baltimore, my phone was ringing and dinging from texting. “What was New York like, is everyone in masks, are you wearing a mask on the train, are passengers getting sick and falling down in the aisle” they would ask. No, I answered, nothing is out of the ordinary. Full train, nobody is turning green and the train is on time. They are selling beer and hot pretzels and some guys are playing cards.

One week later, the city would shut down. Businesses closed, people were getting sick, billboards and transit ads were being pulled. By May, OOH companies were laying off employees across the board. I personally lost longtime reps in Chicago, Orlando, Tampa and DC. Later in the summer you could add Miami and New York into the mix.

Postponed, moved back, cancelled buys dotted the landscape. Added time to the end of buys were being negotiated in lieu of cancellations, some up to 12 weeks and well into 2021.

And retailers were hurting bad. Both downtowns in Chicago and Washington DC due to civil unrest looked like war zones as my two home cities looked like the streets around the Berlin Wall during the 1960s. Stores boarded up, some closed for good and NYC at one point was one big emergency room.

And definitely not prime time for advertising of any kind. How often did you hear Pete Seeger’s Parent Song in that Volvo commercial? You can sing it yourself by now. Why, because there was so much unsold space for the last year. And that’s just TV.

But back to billboards; goalposts for OOH business coming back in droves kept moving back, first late spring, then summer, finally we all hoped for that big 4th quarter.

Unfortunately, none of these ever happened. Although business did improve, many of the buys were made at 30 to 50% off rate card and inventory in many markets was readily available. Those that had elite sales managers and good anticipation skills, found ways to make it work. But core cities with transit, subways and shelter products couldn’t catch up. Commuters both by auto and transit were down. The numbers reported were being questioned. At least over the summer, vacationers took to the roads in droves with their vehicles, rental units picked up and in peak spots were selling out.

Again the goalposts moved back. Some OOH companies reported a drop in sales for 4th Q by up to 40% from 2019. I know that personally from the drop in my own clients buys that usually extended out thru the end of the year. Now we were negotiating large amounts of extra time on the backend of buys which meant 2021 revenues would start slowly. And they did.

There was no answer. Agencies and OOH vendors in their lifetimes had never faced a world wide pandemic that affected so much of our daily lives. We had no way of preparing for this, there was no plan.

There was no answer. Agencies and OOH vendors in their lifetimes had never faced a world wide pandemic that affected so much of our daily lives. We had no way of preparing for this, there was no plan.

Increase your sales calls they would say, offer moderate discounts, run poster specials, but all this had to be accomplished over email, telephone and or zoom calls. It was virtually impossible to see any clients and agencies in person let alone do any entertaining. Agencies in the big cities were working remotely and many of them were cutting back on personnel.

Now the OOH companies are saying the 2nd quarter of this year will be a boom. Americans are getting vaccinated and the numbers of those getting sick from this virus are going down. That’s all true, except one important item, major retailers, restaurants and entertainment venues have moved, closed or just now opening with severe occupancy rules. Not to mention the stigma of going somewhere where there could be a crowd. Americans got used to Netflix, ordering food in and cooking more at home. While we all thrive to do more, it’s gonna take a while to get out of that pattern, especially after a year.

Because in truth, it’s not gonna change as fast as we think or want it to.

As traffic picks up, if I’m selling out of home, which in some respect as a buyer I always am, then I have to pivot and go after categories that makes sense for the environment that we are now living in. Because in truth, it’s not gonna change as fast as we think or want it to.

There is no shortage of these type of clients to fill traditional billboards, buses, indoor digital units, taxi tops, you name it.

There is no shortage of these type of clients to fill traditional billboards, buses, indoor digital units, taxi tops, you name it. Be creative, buy successive posters on a roadway, buy out all the flips on a digital unit and run multiple creative‘s, digital units are awesome and so flexible; take advantage of buying and selling out of home products in bulk and filling that space now. The market will dictate what you can charge and pay. Never forget that. It’s not your call, it’s what someone will pay.

Because as we all know, once a board or display goes empty, for even one week, that’s revenue you will never see again. And that’s what will keep you up at night.