One Day Billboard has Mayoral Impact!

Mayor Says, “Billboard has No Impact!”

In an event celebrating the grand opening of the newly built police station, local press were out in full coverage, providing perfect timing for the Nashville’s Fraternal Order of Police digital billboard ad. The FOP purchased one day of time to call out the City’s Mayor David Briley and District Attorney Glenn Funk.  The message; “Do better” when it comes to supporting law enforcement. Nashville’s Mayor Briley said, “The billboard has no impact, zero impact!” 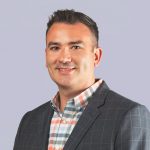 Ike Wingate, President of Wingate Media Group who owns the digital billboard said, “To be clear, we own this billboard, but the ad space was purchased by the Fraternal Order of Police. While this isn’t our issue to fight with Mayor Briley, I respectfully disagree with him that this billboard has “no impact”.
“All the press coverage says otherwise.”