A message from do it outdoors 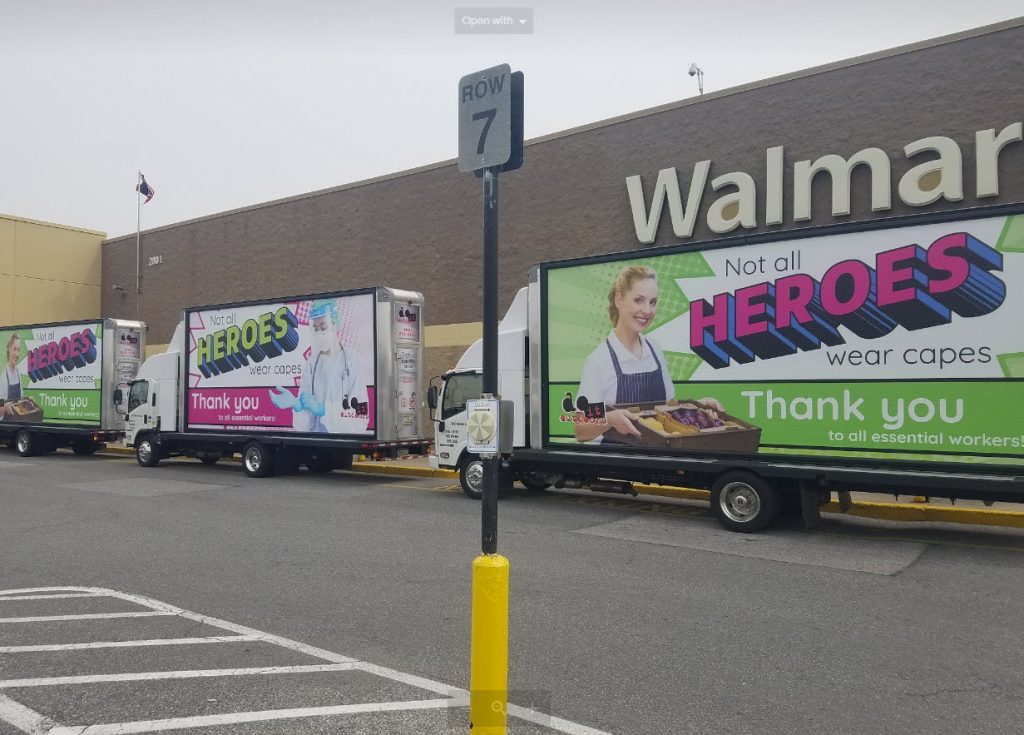 Beginning during the week of 4/13, do it outdoors began running three of their largest mobile billboard units out on the road with ‘Thank You’ messages targeted toward area essential local grocery and healthcare workers. Routes ran in various locations throughout York, hitting each and every grocery store, hospital, health clinic and pharmacy in the area at least once. Making it a point to stop at these locations, encouraging heroes within the buildings to check out the ‘thank you’ message!

As one of the larger players in the out-of-home media space, do it outdoors took notice of other industry leaders leveraging their advertising space, such as static billboards and bus shelters, to thank essential workers in larger, densely populated markets, such as NYC, Philadelphia, Chicago, or D.C. However, ‘dio’  just wasn’t seeing OOH as prominently advertised in smaller markets such as their headquarter region of South Central PA. Their heroes are just as important. So their goal was to change that and dedicate resources to pulling immediately adjacent to these locations’ doorsteps (literally) showing them gratitude.

The campaign concluded York on Friday, started running in the state capitol of Harrisburg, and will conclude in Lancaster next week. The creative which was designed, focuses around a “Not All Heroes Wear Capes” message, which is hoped will resonate to those in local communities.

A message from do it outdoors