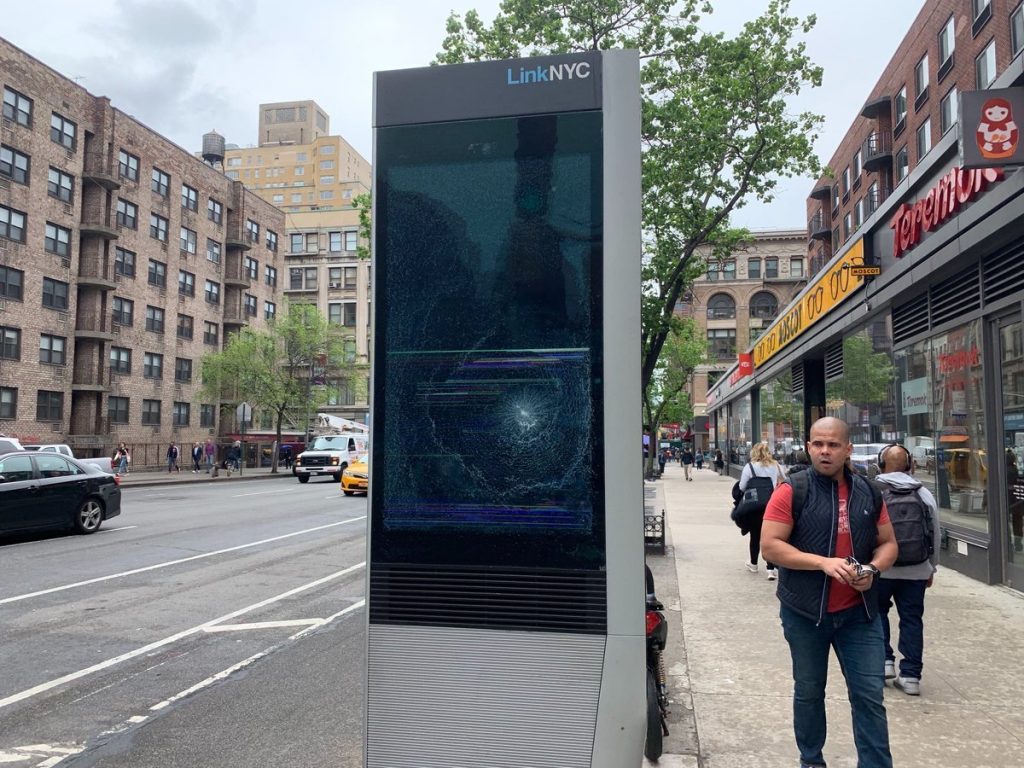 Audit Finds Little Accountability; Failure to Collect Tens of Millions of Dollars Owed to NYC; Neglect of Neighborhoods and Maintenance of Kiosks

From the Office of the New York State Comptroller,  Thomas P. DiNapoli, says CityBridge (LINKNYC) is failing to be in compliance with the terms of the NYC agreement. Listing multiple failures beginning with unpaid tens of millions of dollars, neglect in providing high speed internet in many underserved neighborhoods, unbuilt installations, poor maintenance of the kiosks, and no LinkNYC kiosks in many city zip codes. As the program replaced payphones around the city with kiosks, it did not distribute them equitably, leaving large sections in the Bronx, Brooklyn and Queens without a single kiosk.

The LINKNYC consortium was also supposed to build five Gigabit Centers, one per borough, that would provide free Wi-Fi and high-speed internet access to all New Yorkers by Oct. 31, 2017. As of July 2020, no centers had been built.

It doesn’t get any better on the financial part of the agreement either. The audit found the city was owed almost $70 million by the LINKNYC consortium, but that New York City’s Department of Information Technology and Telecommunications’ (DoITT) who entered into the agreement with LINKNYC, did little to collect the money. As of March 2020, the amounts included:

In May 2017, DoITT did a limited review of the consortium’s advertising records and found it underreported revenue by $557,037, half of which it would have owed to the city under their agreement. The audit did not examine for or rule out fraud.

Specifics covered in the Audit show Kiosks are not properly maintained. The LINKNYC consortium was supposed to maintain the kiosks, inspecting each on two non-consecutive days per week, to make sure they worked, were clean and attractive and free of grime and graffiti. Any broken or damaged parts were to be repaired or replaced within 24 hours. Of 227 kiosks sampled by auditors, 172 (76%) had cleanliness or operation issues: grimy screens, physical damage, and defective screens, icons, telephones and charging ports.

What is your take on LINKNYC?