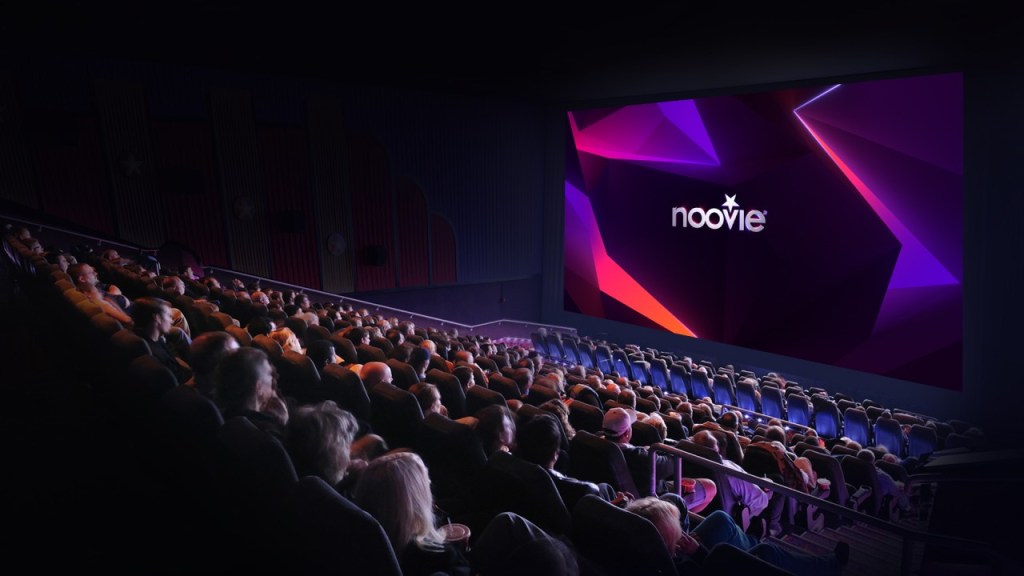 CENTENNIAL, Colo. — National CineMedia, Inc. (“the Company” or “NCM”), the managing member and owner of 48.1% of National CineMedia, LLC , the largest cinema advertising network in the U.S., announced today that President Clifford (Cliff) E. Marks is retiring as of July 1, 2021. He will continue working with NCM on major new initiatives, corporate development, and affiliate partnerships as a consultant in a multi-year agreement through his new strategic media and marketing company, CMarksCo, LLC.

NCM CEO Tom Lesinski said, “Scott has been successfully leading our sales team to new heights as CRO for the past four years, and he was hand-picked by Cliff as his trusted successor and is ideal to take over the reins to lead NCM’s Sales and Marketing organization. With a strong summer movie season anticipated on the heels of a great Memorial Day at the box office, both Scott and Mike are already highly engaged in driving revenue and were instrumental in helping get NCM through the most difficult time in our industry to emerge as an even stronger, more diverse media company. As the availability of quality video GRPs in the ad marketplace continues to decline, Scott and Mike will continue to lead the charge to help marketers reach national movie audiences at scale on the big screen and beyond. NCM is in great hands.”

Lesinski continued, “Cliff has been the champion of cinema advertising in the U.S. from the beginning and has been instrumental in turning it into the extremely successful premium video medium it is today. He has helped countless brands harness the storytelling power of the big screen to reach young, diverse, cord-cutting movie audiences, and built NCM into the largest cinema advertising network in the world. He has always said he wanted to retire early, but anyone who knows Cliff knows that he loves this business and is not the type to sit still, so I am thrilled that he will continue to have an active advisor role with NCM. I am grateful for his many contributions to NCM, I look forward to continuing working with him as a partner as we grow our business and expand our business verticals.”

Marks, a 19-year veteran with NCM, joined from ESPN and was an original member of the leadership team in 2002, when it was then known as Regal CineMedia Corporation. Marks was the visionary behind the creation of NCM’s groundbreaking movie pre-show, The 2wenty, (which evolved to become FirstLook, and now, Noovie) — the first to combine entertainment content and advertising that he termed “Promotainment” on the big screen in the U.S. — turning cinema into a powerful sight-sound-and-motion medium. He is most notably acknowledged as the force behind transitioning the Cinema medium into the TV/Video marketplace as a premium video option for brands.

Felenstein, in his new role as President, Sales, Marketing & Partnerships, will take over leadership of the Company’s sales and marketing divisions, continuing to be based in NCM’s New York office. He will spearhead the company’s strategy to unite brands with the power of movies in NCM’s Noovie pre-show, seen by millions of moviegoers a year across NCM’s network of 53 leading national and regional theater circuits, as well as beyond theaters with NCM’s digital properties including Noovie.com, Noovie Trivia, Noovie Arcade, and Noovie Audience Accelerator, and across NCM’s new Digital-Out-Of-Home network of complementary venues.

Felenstein joined NCM in 2017 after 17 years at Discovery Communications, Inc. most recently as executive vice president, national advertising sales, overseeing advertising sales for the company’s portfolio of networks, along with managing relationships with top agencies and clients across the marketplace. Before joining Discovery, he held ad sales positions at Excite@Home and CBS Sports. His career in advertising began on the agency side at Ogilvy and Mather and Bozell.

Mike Rosen, who joined NCM in 2020 as Senior Vice President of East Coast Sales, has been promoted to Executive Vice President & Chief Revenue Officer. A veteran of both the media investment and sales sides of the business, Rosen joined NCM from Roc Nation, where he served as Senior Vice President of Sales and Partnerships. Prior to that, he worked at NBCUniversal in a progression of sales leadership roles for both legacy and advanced marketplace properties. Rosen spent the first years of his media career on the agency side with stints at NW Ayer, Campbell-Mithun, J. Walter Thompson and Time Buying Services, Baker Hill Media Services, GM Mediaworks, and ultimately leading investments at GM Planworks and Starcom.

About National CineMedia, Inc.
National CineMedia (NCM) is America’s Movie Network. As the largest cinema advertising network in the U.S., we unite brands with the power of movies and engage movie fans anytime and anywhere. NCM’s cinema advertising network offers broad reach and unparalleled audience engagement with over 20,600 screens in over 1,600 theaters in 190 Designated Market Areas® (all of the top 50). NCM Digital goes beyond the big screen, extending in-theater campaigns into online and mobile marketing programs to reach entertainment audiences.  For more information, visit www.ncm.com

Help us Help You by keeping an Independent Voice for OOH.
If you read OOH Today via LinkedIn thank you, to ensure you never miss a post
and keep unconstrained speech for the OOH/Billboard Industry,
click here to ⇒Subscribe to OOH Today.

SellerCrowd —Sales Leads And Information For And By OOH Salespeople