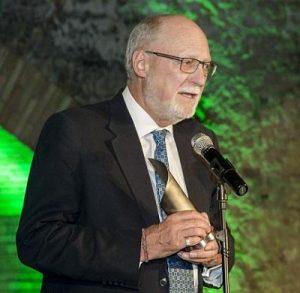 John Ellery is retiring. Ellery has been the Executive Director of World OOH Organization, formally FEPE, for the last 15 years. He has always been a fixture at the OOH Annual Conferences here in the states. I recall our first real conversation while sharing a few drinks with him in Phoenix, I believe it was 2010.  John is known as ‘Mr Out of Home’ in Europe. His knowledge and experience in the business is vast. He is a true ambassador of the outdoor advertising business. 52 years in Outdoor Advertising!

Make sure you look at his LinkedIn account here ⇒(John Ellery LinkedIn) to marvel at his experience and accomplishments. If you are attending the WOO / World OOH Conference next summer in Toronto, make sure you introduce yourself. You’ll be the better for it.

Below find the official press release on John Ellery’s retirement from World Out of Home Organization.

John Ellery was appointed Executive Director of FEPE International in 2004, which was founded back in 1959 and which preceded WOO.

He started in the OOH industry in 1968 at London + Provincial, becoming a main board director in 1977. He also joined the board of Adshel, a joint venture with More O’Ferrall.

He joined founder Dennis Sullivan at the UK’s first specialist OOH agency Portland Outdoor  where he launched its international division. He then joined Poster Publicity, developing their International division of 18 offices, later to become Kinetic. He was awarded FEPE’s Lifetime Achievement Award in 2018 (pictured), sharing the honor with Nancy Fletcher of the Outdoor Advertising Association of America (OAAA).

If anyone deserves the title of Mr Out of Home it is John, who has seen the industry develop from a local-based niche advertising business into the major global media force Out of Home is today. He has played a pivotal role in this process, combining managerial and entrepreneurial skills with a genuine geniality that has made friends throughout the OOH world.

This capacity to bring people together has played a major part in the creation of an organization that brings together all sides of the industry – media owners, national associations, specialist agencies and supplier partners – unmatched by any other media trade body.

WOO President Tom Goddard says; “Without John there probably would not have been a World  Out of Home Organization, at least not one in the robust shape it is today. He has a genuine passion for the industry, un-diminished by over 50 years of unstinting commitment, and his contribution as Executive Director will be much missed.

“We wish him the very best for the future and are delighted he has accepted our invitation, to attend our World Congress next May in Toronto, as special guest..”